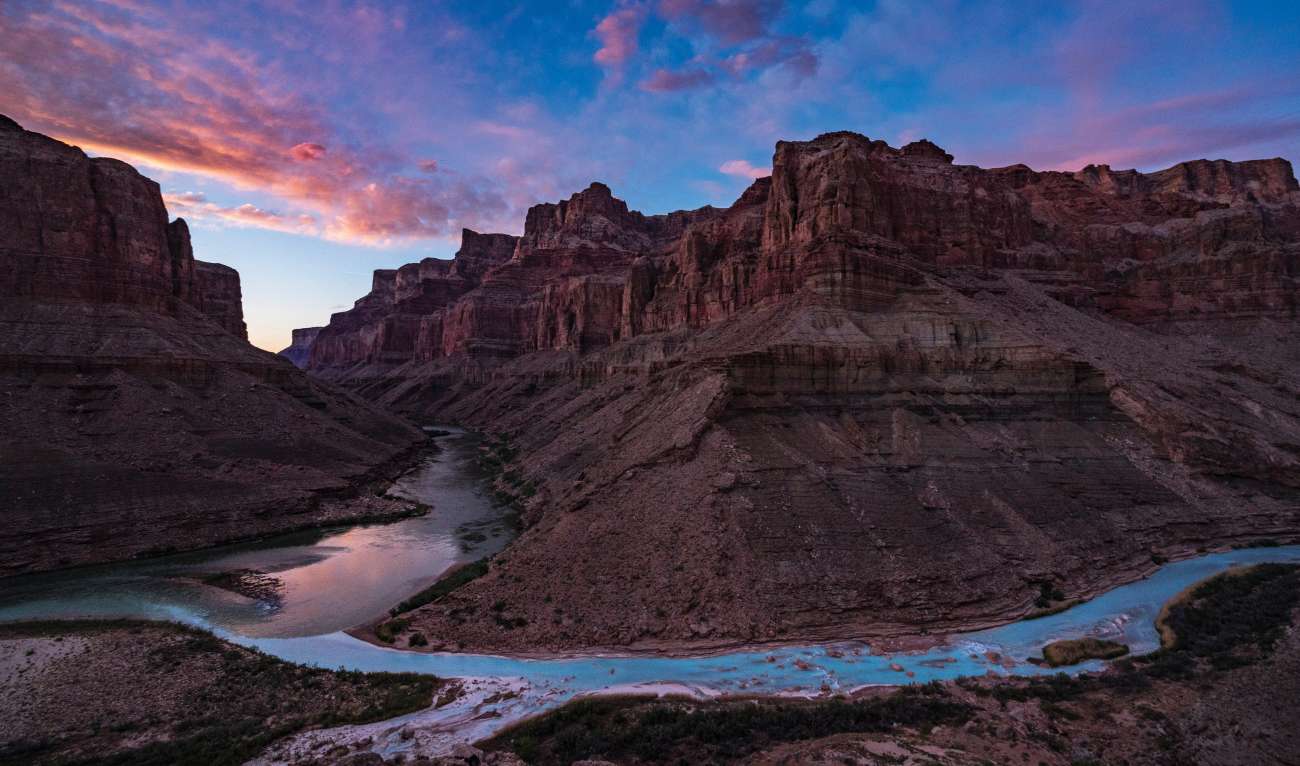 “The Grand Canyon Respects Nobody”

“How hard could it be?” Pete McBride asked himself before starting a 750-mile traverse across Grand Canyon National Park. The Colorado-based photojournalist had already visited more than 75 countries on assignment, documenting expeditions from Antarctica to Everest. The 2015 canyon hike seemed a mere jaunt in his own backyard. But, as hiking partner and author Kevin Fedarko reminded him, more humans have walked on the moon than thru-hiked the canyon in a single trip.

McBride was soon punished for his hubris. By day five, only 60 miles in, he was nearly dead. “I quickly descended into the dark abyss of hyponatremia—low body sodium. My fingers, legs, and jaw cramped. You could see cramps rolling through my stomach like a mouse running beneath my skin,” he recalls. After drinking a bag of soy sauce to keep from losing consciousness, McBride, blistered and crestfallen, bailed on the trip. “I called my editor at National Geographic and told her I was done,” he says. “The canyon respects nobody.”

With the encouragement of friends, McBride and Fedarko returned and completed their journey in eight separate hikes during the course of a year. The results of the trek—a book, The Grand Canyon: Between River and Rim, and a documentary film, Into The Canyon—aim to raise awareness of threats facing the park, which is celebrating its centennial this year.

“The walk was the backbone to talk about how this place would change if mining becomes more prevalent and if  helicopter tourism continues to grow,” says McBride. “We think of these wild places as empty, but they’re not. They’re living classrooms on natural systems, on human history, on biodiversity. They help keep us in perspective. And they teach us humility.”