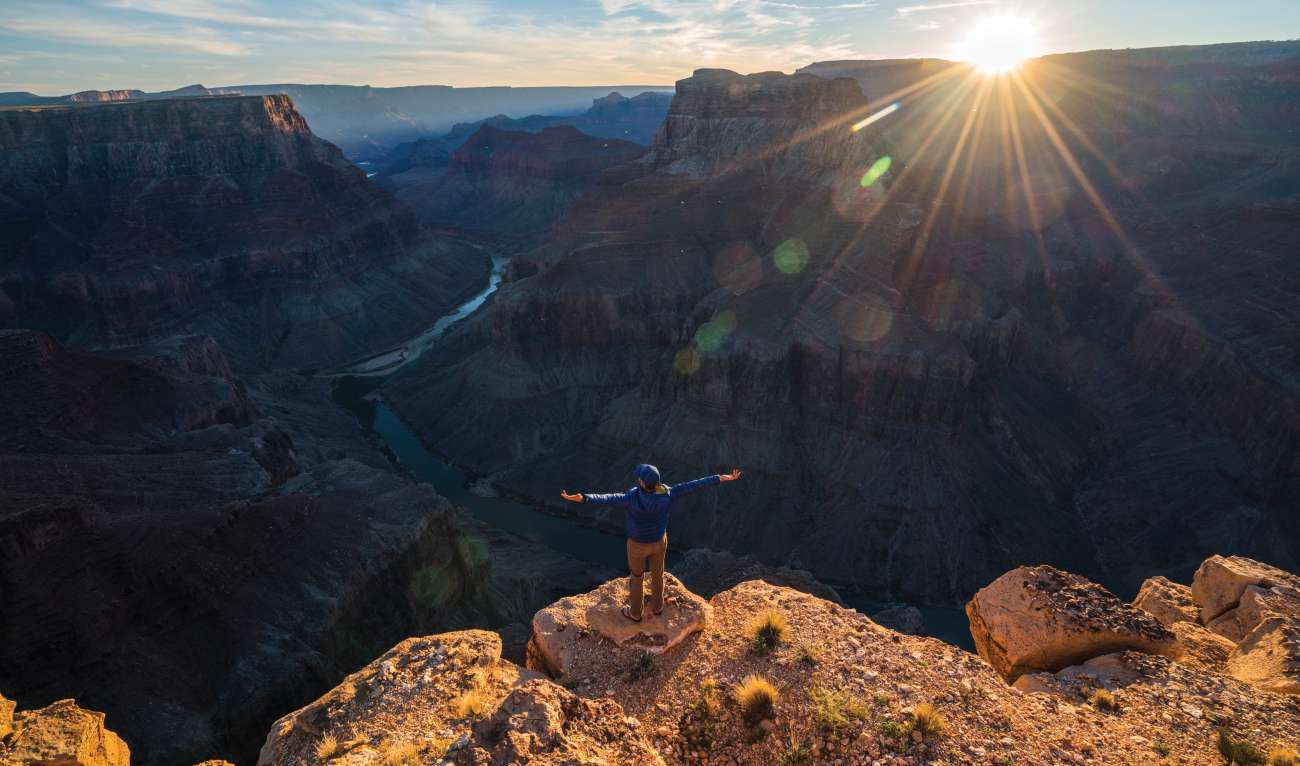 Between River and Rim

Here’s a peek at some of the ups and downs of the incredible journey of Pete McBride ’93.
Jul - Aug 2019

Pete McBride’s 750-mile trek across the Grand Canyon cost him and his partner four sprained ankles, eight pairs of shoes, 12 toenails, two broken fingers, two girlfriends (who dumped the hikers en route), and one near-death experience. Here’s a peek at some of the ups and downs of his incredible journey. 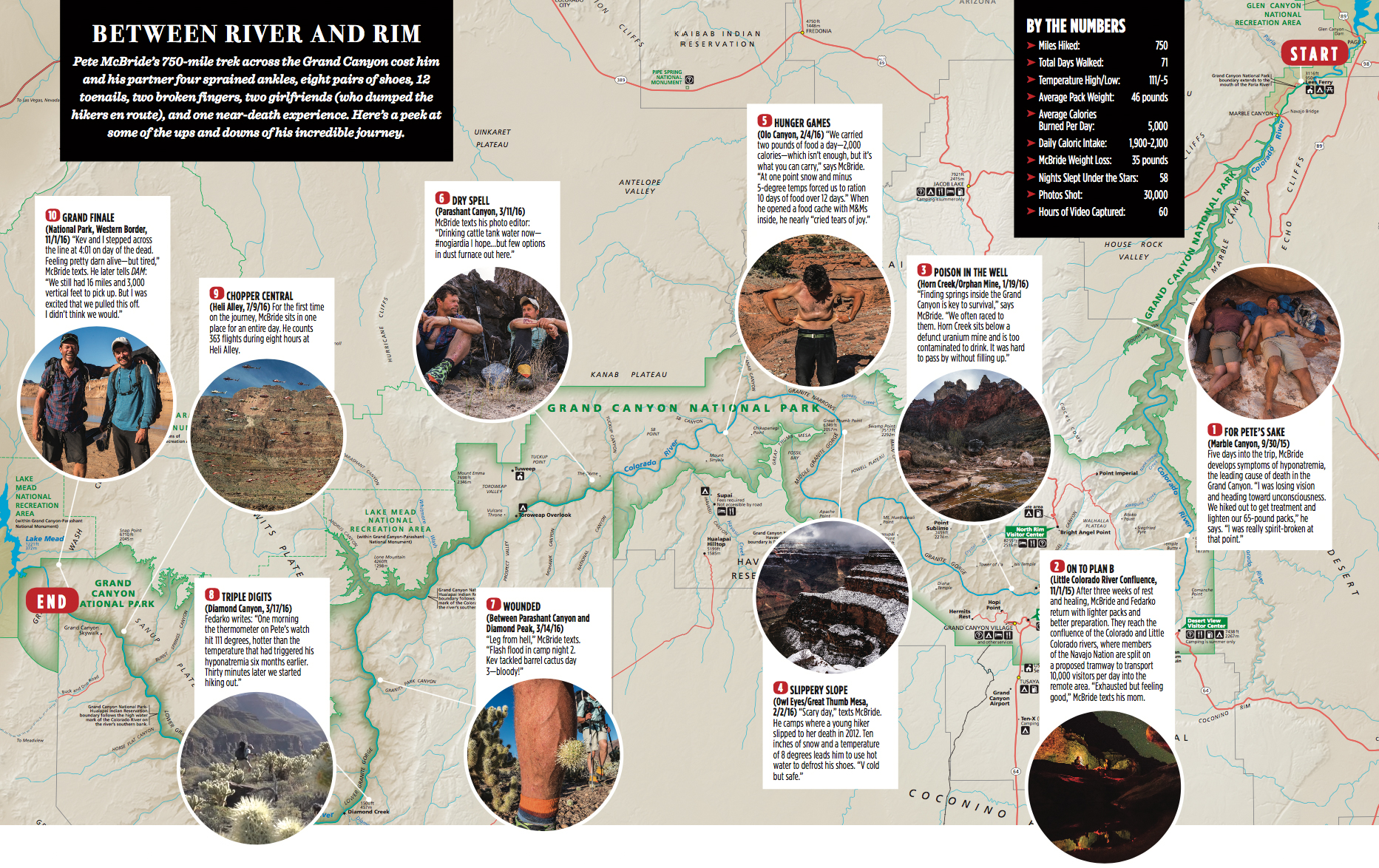 1) For Pete’s Sake (Marble Canyon, 9/30/15)
Five days into the trip, McBride develops symptoms of hyponatremia, the leading cause of death in the Grand Canyon. “I was losing vision and heading toward unconsciousness. We hiked out to get treatment and lighten our 65-pound packs,” he says. “I was really spirit-broken at that point.”

2) On to Plan B (Little Colorado River Confluence, 11/1/15)
After three weeks of rest and healing, McBride and Fedarko return with lighter packs and better preparation. They reach the confluence of the Colorado and Little Colorado rivers, where members of the Navajo Nation are split on a proposed tramway to transport 10,000 visitors per day into the remote area. “Exhausted but feeling good,” McBride texts his mom.

3) Poison in the Well (Horn Creek/Orphan Mine, 1/19/16)
“Finding springs inside the Grand Canyon is key to survival,” says McBride. “We often raced to them. Horn Creek sits below a defunct uranium mine and is too contaminated to drink. It was hard to pass by without filling up.”

4) Slippery Slope (Owl Eyes/Great Thumb Mesa, 2/2/16)
“Scary day,” texts McBride. He camps where a young hiker slipped to her death in 2012. Ten inches of snow and a temperature of 8 degrees leads him to use hot water to defrost his shoes. “V cold but safe.”

5) Hunger Games (Olo Canyon, 2/4/16)
“We carried two pounds of food a day—2,000 calories—which isn’t enough, but it’s what you can carry,” says McBride. “At one point snow and minus 5-degree temps forced us to ration 10 days of food over 12 days.” When he opened a food cache with M&Ms inside, he nearly “cried tears of joy.”

9) Chopper Central (Heli Alley, 7/9/16)
For the first time on the journey, McBride sits in one place for an entire day. He counts 363 flights during eight hours at Heli Alley.

10) Grand Finale (National Park, Western Border, 11/1/16)
“Kev and I stepped across the line at 4:01 on day of the dead. Feeling pretty darn alive—but tired,” McBride texts. He later tells DAM: “We still had 16 miles and 3,000 vertical feet to pick up. But I was excited that we pulled this off. I didn’t think we would.”