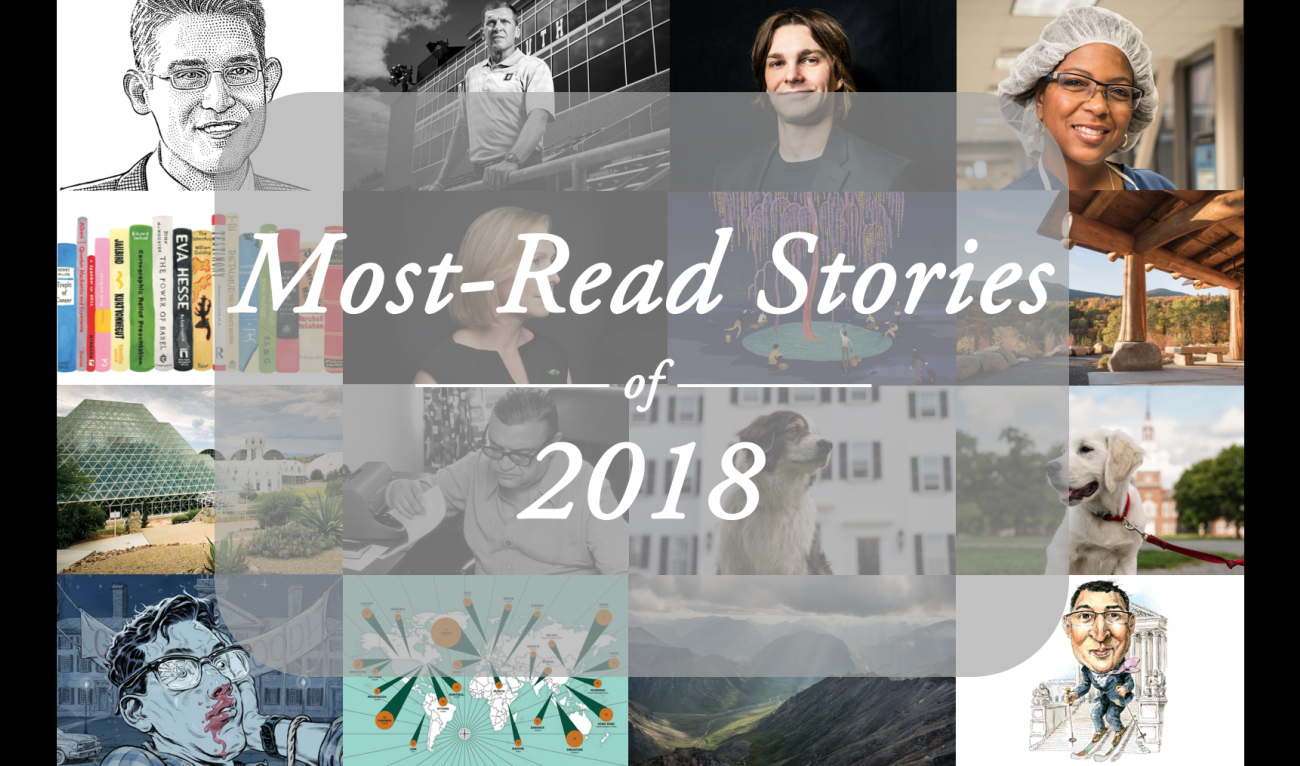 Here are the top 15 most-read stories published on DAM’s website during the past year.
Nov - Dec 2018

14. “Mission to Xanadu” A classmate’s death inspires four climbing friends to venture where few have dared. By Alexandra Pattillo ’17

13. “Planet Dartmouth” Where are you? A cartographic look at top cities and countries populated by alumni around the world.

11. “Dogs of Dartmouth” Man’s best friend is no stranger to the College. By James Napoli

9. “Biosphere 2: What Really Happened?” More than two decades ago an alum joined seven other explorers to boldly go where no one had gone before: into a sealed, miniature Earth where they would have to survive two years on their own. By Mark Nelson ’68

8. “Welcome to the Woods” A mountain of work went into the planning and construction of the new Moosilauke Ravine Lodge. Here’s how it all came together. By Jim Collins ’84

7. “The Impact Investor” Can investors make lots of money and save the world at the same time? Matthew Weatherley-White ’86, a former-Buddhist-turned-investment guru, thinks so. By Jim Collins ’84

5. “The Book That Changed My Life” Professors remember when the heavens opened and lightning struck. By George M. Spencer

3. “Magic to Live By” Reid Duke ’11 earns big money on the pro circuit of the game Magic: The Gathering. By Rob Wolfe ’12

2. “How Buddy Teevens ’79 Transformed Football Forever” A few years ago, Coach Teevens looked like a goner. Then he reorganized his staff and started a radical experiment: no tackling in practice. By Brad Parks ’96