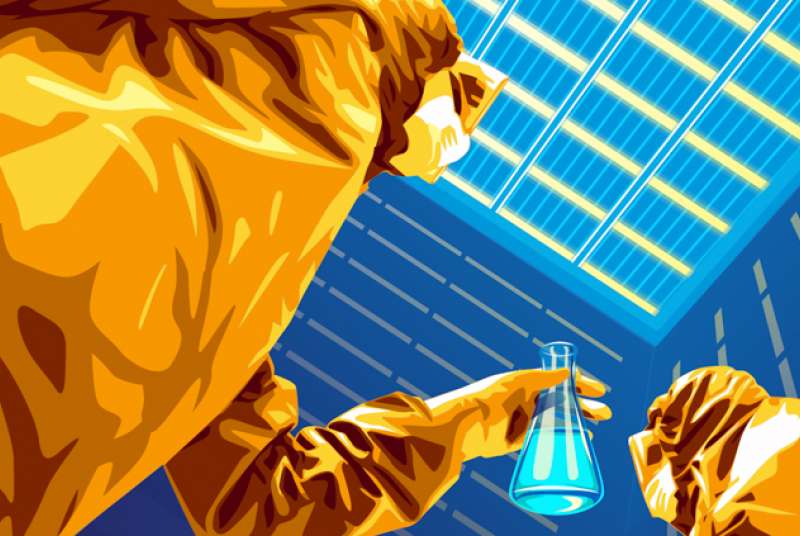 The United States of America, land of plenty, faces a shortage. The only remedy for a killer pathogen that’s spreading rapidly is in limited supply, and the president and his advisors have tough calls to make. No amount of American exceptionalism will suffice. To get through the calamity, the White House must wheel and deal with a range of other countries, all of which have a plentiful supply of a miracle-cure called Dormigen they can offer. At a price.

Told through the eyes of a naïve, self-deprecating, and funny narrator who is a scientist working with the crisis team, The Rationing is a cinematic, snappy, satiric page-turner. Set in the near future, after Elizabeth Warren has lost 49 states in a presidential election and the Dartmouth basketball team has actually won games in the NCAA tournament, it’s a rollicking tale, even with the threat of a massive die-off looming. Wheelan includes bits of local flavor for alumni: His narrator—a Dartmouth alum—returns to Hanover for a chat with a bio prof, a doting scientist who prods his erstwhile student to tease out the riddle of the virus.

Wheelan, who teaches public policy and economics at Dartmouth, injects his story with political plot points about executive power, the limits of the U.S. Constitution, and how prepared a superpower might be in dealing with potential catastrophe. But with a cast of characters that includes the usual suspects—heroes, villains, idiots—political theory never trumps plot.

This is Wheelan’s first foray into fiction. A former correspondent for The Economist and a one-time congressional candidate, he is the author of Naked Statistics and Naked Economics. His turn to fiction started during a sabbatical year in 2009, and he completed the novel while on a round-the-world trip with his family seven years later.

“The overarching theme is that government matters,” he tells DAM. “It really does. All the characters are flawed, but they muddle along, reminding us that there are things the public sector must do well, and this is one of them.” It’s no spoiler to say that in The Rationing’s final reckoning, Wheelan makes his point by having the world’s largest democracy (look it up) play a vital role as the novel races to its conclusion. —Sean Plottner

Read an excerpt from The Rationing

Thomas Bird ’64
Can You Help Me?
(Oxford University Press)
A pioneering neurogeneticist and founder of one of the first clinics to treat those with Huntington disease looks back on 40 years of caring for hundreds of patients with this progressive degenerative genetic brain disorder. His essays expose the ravages of this disease with stories of distress that celebrate human resiliency and optimism.

Henry M. Paulson Jr. ’68 and Timothy F. Geithner ’83
Firefighting: The Financial Crisis and Its Lessons
(Penguin Books)
Former treasury secretaries Paulson and Geithner teamed with former Fed chair Ben Bernanke to battle the 2008 financial inferno. Now they join forces to explain why the economy tanked and Washington, D.C., responded as it did, and together they offer prescriptions for preventing future economic firestorms.

Alexander Nazaryan ’02
The Best People
(Hachette Books)
Donald Trump was “coming not to save Washington, but to destroy it,” writes Nazaryan, a Yahoo News national correspondent. He concludes that the president’s goal of rolling back the administrative state, from Obamacare to the EPA, is failing because he has been “undone by his own courtiers’ ” corruption and incompetence.

Priya Krishna ’13
Indian (-ish)
(Houghton Mifflin)
Simplified traditional Indian recipes that can be dished up in 20 minutes—that’s the goal of this cookbook from Bon Appetit writer Krishna. A Dallas native, she grew up loving her mother’s Americanized cooking. Her book introduces many recipes with stories about her family that help demystify the subcontinent’s cuisine for beginners. Try a recipe from Indian (-ish).

Jeff Kuhn ’80, who suffered severe burns to his body and a rare neuromuscular disease, shares his story of recovery and resilience in Blue Sky Lightning: How to Survive and Thrive When Life Blindsides You (Lioncrest Publishing).

Educator Jacquelyn Chappel ’96 offers ways for teachers to consider international education and how to best engage students to consider their place in the world in Engendering Cosmopolitanism Through the Local: Engaging Students in International Literature Through Connections to Personal Experience and Culture (Peter Lang).

Career educator William Meyer ’02 offers techniques for incorporating mindfulness into the classroom in Three Breaths and Begin: A Guide to Meditation in the Classroom (New World Library).

Marin Sardy, Adv’07, author and adjunct professor at Pace University, chronicles the impact of schizophrenia on her family and the treatment of the mentally ill in society inThe Edge of Every Day (Pantheon).