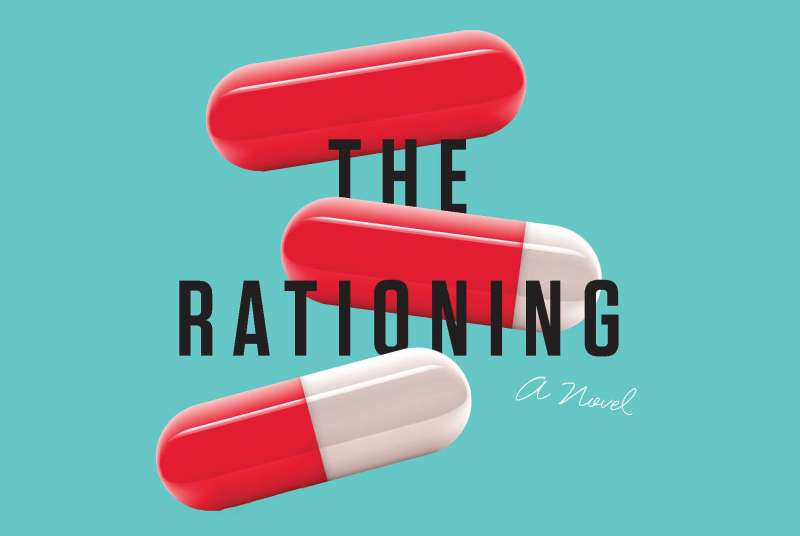 EXCERPT: Desperate times call for desperate measures when a deadly virus hits the U.S. in the debut novel by Charles Wheelan ’88.
Jul - Aug 2019 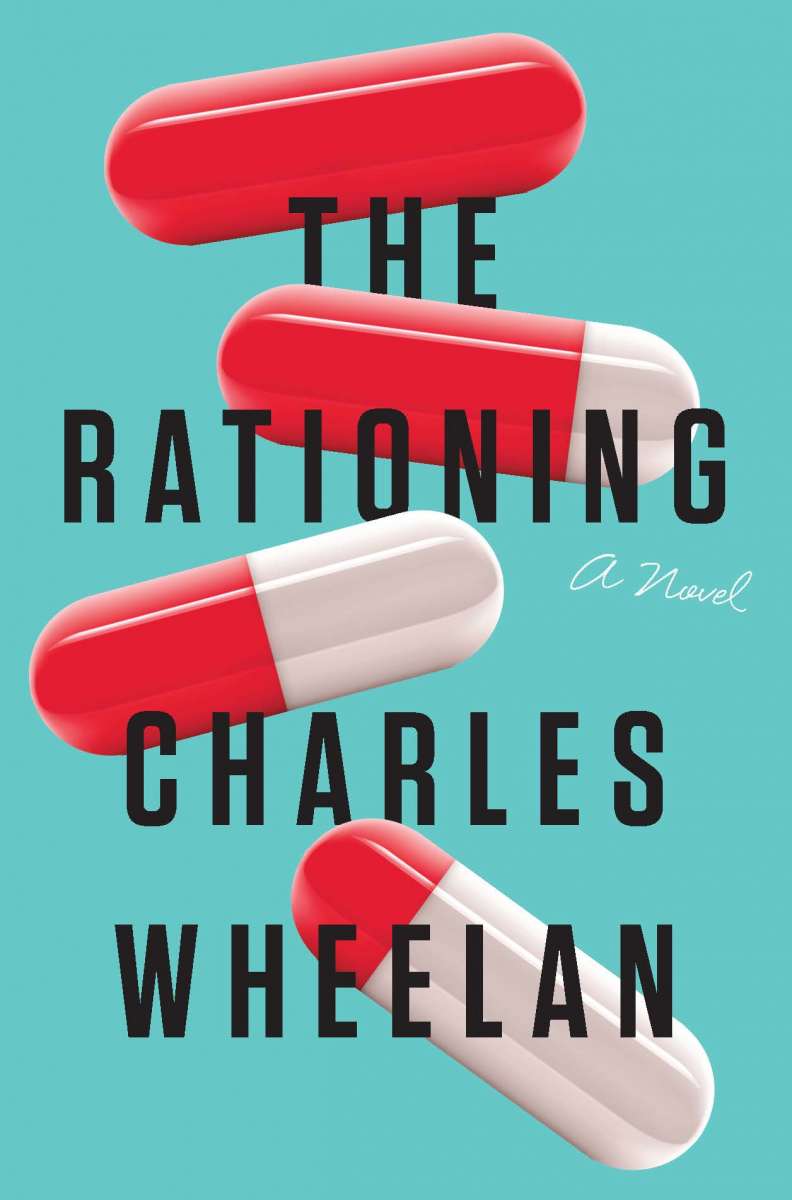 The Strategist had arranged for several focus groups to watch the Chinese Ambassador’s statement.* He was able to convene reasonably diverse groups in five cities across the country. He predicted, correctly it would turn out, that public reaction to the Ambassador’s talk would be extremely important in shaping the President’s response. Each of the focus group participants would have a dial during the talk that he or she could turn to register approval or disapproval throughout the speech. Zero represented the strongest possible negative reaction; one hundred was the most positive response. The data were collected and averaged in real time, so the Strategist would have instantaneous feedback to everything the Ambassador said, from beginning to end.

The Chinese Ambassador spoke from behind a large wooden desk at the Chinese Embassy in Washington. He was a trim, middle-aged man in a nondescript gray suit and blue tie. He looked like an avuncular, undistinguished Chinese guy who could be a high school chemistry teacher or the father of your college roommate. He looked into the camera and began, “Good afternoon, people of the United States of America.”

The President was watching the address in the conference room on Air Force One with his senior advisers. The Secretary of State said, “Okay, we know the remarks were drafted in Beijing. That’s probably good for us.” The others in the room understood her point without further elaboration. The Chinese Ambassador had been educated in Britain; he spoke fluent English, albeit with a slight British accent. He would never have used such an awkward introduction if he had written the remarks himself, or even if he had had significant latitude in editing them.

The Strategist was looking down at a laptop computer. “Wow, they really don’t like him. He’s at fifteen. That’s the lowest I’ve ever seen anyone at the beginning of a speech.”

“The people of China would like to extend our best wishes to Cecelia Dodds,” the Chinese Ambassador continued. “We hope a speedy recovery will be possible.”

“Look at the flags,” the President said. There was a Chinese flag on the Ambassador’s right and a noticeably smaller American flag on his left. Many focus group participants would comment on this slight to America. In fact, it was an accident. The Chinese diplomats were not able to find a suitable American flag in the embassy that morning but felt one should be displayed during the speech, out of respect. A low-level embassy staffer was dispatched to a hardware store to buy an American flag; the fact that it was noticeably smaller than the Chinese flag—and the attendant reaction that caused among American viewers—was the result of the limited choice in flags at the Dupont Circle Ace Hardware. (If the Outbreak had occurred nearer to the Fourth of July, history might have unfolded differently.)

The Chinese Ambassador delivered banal prefatory remarks, long on rhetoric about “our two great nations.” The Strategist reported, “They’re warming up to him a little. But not much.”

When the Ambassador reached the heart of his talk, he spoke without looking down at his prepared text: “China extends to our United States ally a hand of friendship. We are prepared to offer your great nation all the Dormigen necessary to get through this public health crisis. In exchange, we merely ask that the United States treat China with the respect a great nation deserves. The time has come for America’s imperial aggressions in the Pacific region to end. The time has come for your President to return to your country [my italics added] and pay attention to domestic concerns, rather than meddling in the Chinese sphere of influence.”

The Strategist said, “Chinese sphere of influence? I hope they will at least execute the speechwriter. This is awful.”

The National Security Adviser interjected, “Did he just suggest that Hawaii is not part of the United States?” This curious feature of the talk was later dissected in minute detail. The Ambassador had clearly declared that the President should return to the United States, even as Air Force One sat in Honolulu. The officials who drafted the speech in Beijing knew that the President was in Hawaii. Even the most insular among them was aware that Hawaii is part of the United States. So what happened? The most likely explanation is a translation error—that what was intended to be “return to the mainland” or “return to the continent” was somehow mistranslated as “return to your country.” We are not privy to any Chinese account of what happened. In any event, this choice of language turned out to have monumental significance, since, as the National Security Adviser realized in the moment, the speech implied that Hawaii is not part of the United States. What might have passed for an innocent mistake was perceived more menacingly because of the language about a “Chinese sphere of influence” in the Pacific. And then there is Pearl Harbor. The sad reality is that a shockingly high proportion of Americans believe that China played some role in the attack on Pearl Harbor. This point came up in four of the Strategist’s five focus groups, the most common belief being that China and Japan had been allies during World War II and had collaborated to attack Pearl Harbor.

The Chinese Ambassador’s speech contained no specifics in terms of what would be asked of the U.S. in exchange for the Dormigen, though Americans watching clearly perceived that the cost would be significant. The phrase “holding us hostage” came up repeatedly in the focus groups, along with “bullying” and “taking advantage of our crisis.” The Chinese Ambassador concluded his remarks by saying that he would personally deliver a new “China-America Friendship Agreement” to the White House. He finished with two lines that would loom large over the next twenty-four hours. Perhaps these two sentences were a gratuitous flourish added by a speechwriter. Maybe they were dictated by President Xing, who was supposedly a huge fan of American westerns. In any event, the Chinese Ambassador stared intently into the camera and said, “Your president has a decision to make. He must refuel his plane and fly west or east.”

As the speech finished, the Strategist stared at his laptop. “He never got above twenty-one. I’ve never seen numbers that low. Never. I worked on the defense team for a guy who shot three cops in Boston. That guy’s testimony got to twenty-three. The Ambassador finished at seven. Seven!” Focus groups intensely disliked the final two lines of the speech because they were dismissive of the democratic process. The language was clearly drafted by someone with an autocratic mind-set. While it was technically true that the President alone could decide whether Air Force One flew on to Australia or turned back for Washington, the American public—not to mention Congress—was not keen on being told that they had no say in the matter. The whole speech was an unmitigated disaster, but the “west or east” challenge turned out to be particularly significant.

*There had not been sufficient time to do this before the President’s earlier address to the nation.

Reprinted from The Rationing. Copyright © 2019 by Charles Wheelan. Used with permission of the publisher, W. W. Norton & Company, Inc. All rights reserved.