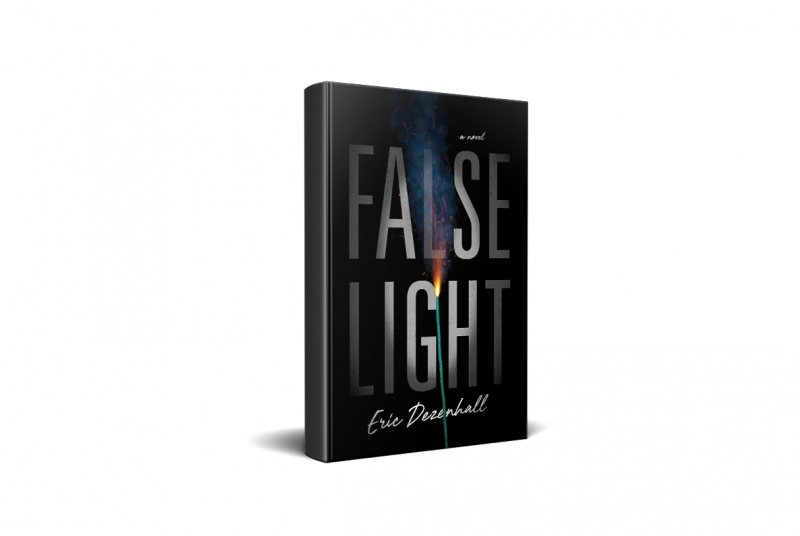 The Fuse Is Lit

Whatever the hell I had been doing at work the past few years no longer mattered. I thought for sure my investigative series on the presidential candidate’s proven mob ties would have caused a ripple with readers, but he’d been elected anyway. Nobody gave a damn.

It wasn’t easy, tipping into the latter half of my fifties, to reach the conclusion that a decades-long career at the Capitol Incursion as one of the good guys added up to nothing more than a grease smear on a windshield. On my way out the door, after the newspaper had suspended me pending a disciplinary investigation, an inspirational quotation by the bug-eyed comic Marty Feldman had caught my eye. The scrap of paper was tacked to a cubicle and read, The pen is mightier than the sword, and considerably easier to write with. What I’m getting at, I guess, is not just that my work didn’t matter anymore, but that I didn’t matter.

If you’re sensing that I was in a funk, you’d be right. I know it’s not an attractive quality, and I admit I’d become prone to tedious rants on certain subjects. But you can’t control how you feel—you can only control what you do about those feelings. Maybe. It was about more than the impending loss of my career. Even before journalism had wilted toward extinction, my mind had become a panorama of catastrophe, and I had this sense that the modern world was saying to me, Look, we don’t want you here.

Case in point: I hate technology and technology hates me. I use a flip phone. I don’t know how to text. My wife, Joey, forbids me to use the television in the house because whenever I operate the remote control, I take down the whole system. Joey is responsible for getting the cash from the bank because the last time I tried to use an ATM, the cash jammed, and when I tried to pull the bills out of the slit, the cops came and commanded me to put my hands flat against the wall. If it weren’t for Joey, I could not function in the modern age. As I once told her, my theme song should be Tom Petty’s “Forgotten Man.” That I share a surname with the artist only made it seem more profound.

When I worked at the Incursion, I always took the stairs because the elevators wouldn’t move when I pressed my floor. I couldn’t tell people this, so I said that I used the stairs for exercise, which eventually became true. I have never once in my life successfully opened a hotel room door with a digital key card. Automatic doors rarely detect my presence and usually remain closed when I approach.

I call all these gadgets “TICU” (pronounced TEEK-yoo) for “Things I Can’t Use.” I know you must be thinking, C’mon, but I’m absolutely serious. Plus, if people really want to talk to me, I tell them to call the landline at the house, because nearly all my mobile phone calls drop—which is where this adventure begins.

My friend since middle school, Kurt Rossiter, left me a voice message one evening a few weeks after my Incursion leave began. It just said, “Fuse, call me. It’s pretty urgent.”

My nickname deserves a little explanation. I was Sanford “Sandy” Petty until ninth grade. My father had changed our last name from some Eastern European abomination because he hated his brother, “the-son-of-a-bitch-who’s-always-shovin’-it-up-my-ass-and-who-I-always-helped-out-and-never-said-a-goddam-word-of-thanks.” In other words, my father didn’t want to share his name with Uncle Barry, whom I’d always liked and whose son, my cousin Mitchell, I had been close to growing up.

That first year of high school, there was an incident where my reputation changed overnight from class clown to Mr. Unpredictable, at least when certain variables converged. A group of us were in the woods behind the school on the Saturday after it happened: The Thing. At least that’s what it eventually became known as. The others were passing a bong around when Kurt said, “I’ll tell you, Sandy, you’ve got the world’s longest fuse, but man…whatever set you off last weekend brought down the riot cops!”

The stoners all started chanting, “Fuse! Fuse! Fuse! Fuse!” The Elton John song “Rocket Man” was getting a lot of play at the time, and it contained the lyric about rocket man burning his fuse out. Given that I had once been a target of bullies because I was so skinny, The Thing was the best thing that had ever happened to me.

After Joey, that is.

Reprinted with permission of the author.