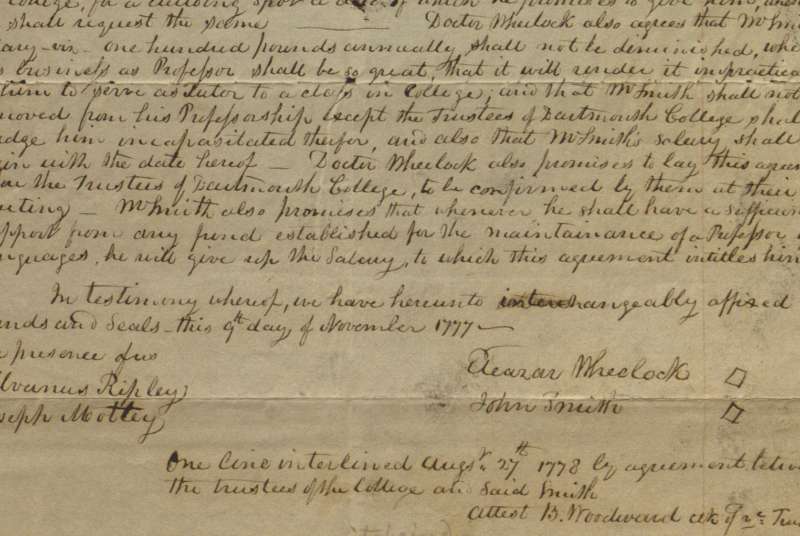 Mr. Smith agrees to settle as Professor of English, Latin, Greek, Hebrew, Chaldee, etc., in Dartmouth College, to teach which, and as many of these and other such languages as he shall understand, as the Trustees shall judge necessary and practicable for one man, and also to read lectures on them, as often as the president, tutors, etc., with himself shall judge profitable for the Seminary. He also agrees to serve as tutor to a class of students in the College.

Dr. Wheelock agrees to give him (the said Mr. Smith) one hundred pounds annually as a salary to be paid one half in money and the other half in money or in such necessary articles for a family as wheat, Indian corn, rye, beef, pork, mutton, butter, cheese, hay, pasturing, etc., as long as he shall continue professor as aforesaid, and that he shall have these articles delivered to him at the same price for which they were usually sold before the commencement of the present war in America. Doctor Wheelock also agrees that Mr. Smith’s salary shall not be diminished when his business as professor shall be so great that it will render it impracticable for him to serve as a tutor to a class in College.