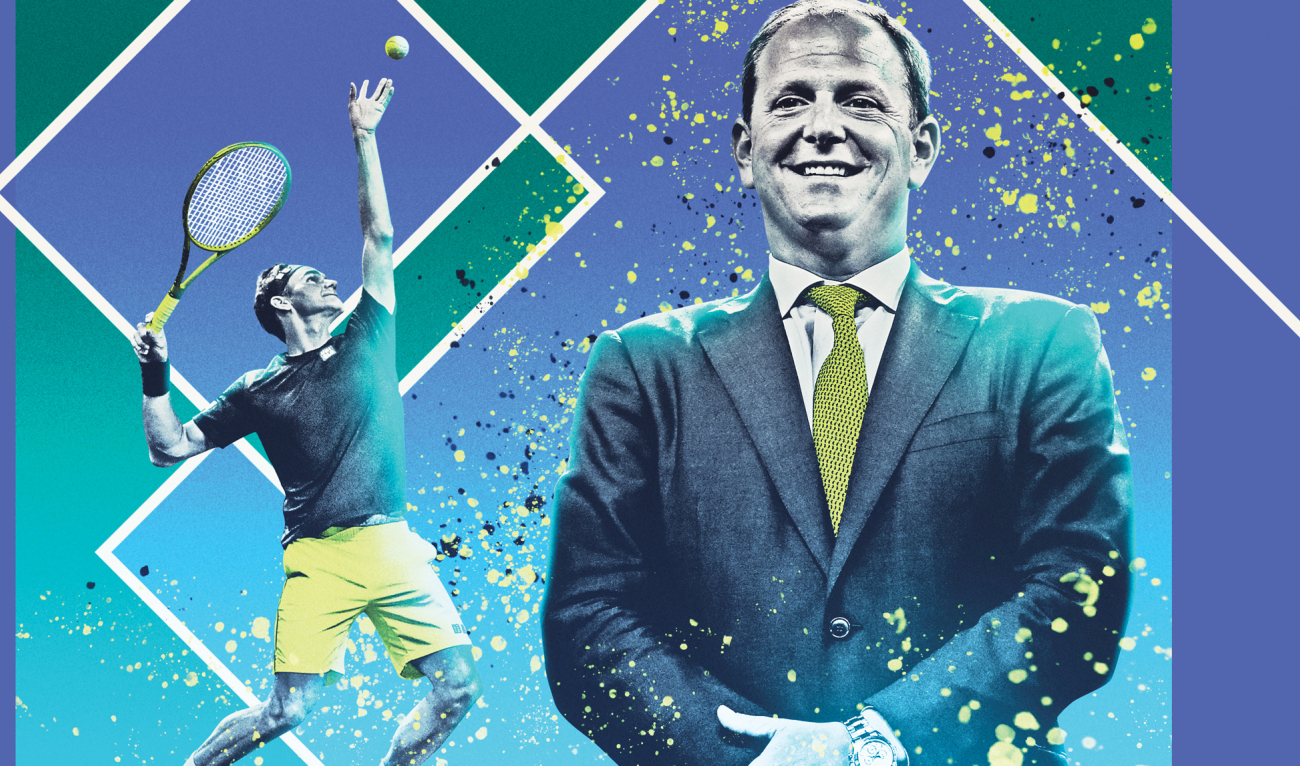 Gillette was on the hunt for a new face to represent its brand. It was 2006, and the company was considering tennis stars Roger Federer or Rafael Nadal to complement spokesman Tiger Woods. Federer’s agent, Tony Godsick, made what Nadal’s agent called a “brilliant” maneuver in “the race for the contract” as Federer reached the U.S. Open men’s final.

“They brought Tiger Woods into Roger’s box,” says Carlos Costa, Nadal’s agent. “I believe that there are two types of agents in our industry: those who think small and those who think big. Tony is one of those who thinks big and will never accept a ‘no’ for an answer.” Though Godsick admits it was more happenstance than a carefully orchestrated move, having the face of Gillette backing Federer helped seal the new agreement for the young Swiss superstar.

Godsick, 49, has been a tennis agent for 27 years, first for IMG and since 2013 as the CEO and a founding partner of Team8 Sports and Entertainment, an agency he runs with Federer. Since 2005 Godsick has helped Federer grow his off-court success to include 13 sponsorship agreements around the globe and the top spot on Forbes’ 2020 list of highest-paid athletes. Federer, who has won 20 Grand Slam titles, made an estimated $106.3 million in 2020, with about $100 million from endorsements. In 2018, after Godsick and Nike couldn’t agree on an endorsement extension for Federer, the agent negotiated an unheard-of 10-year, $300-million deal with Uniqlo for the star, who at 39 is in the later stages of his on-court career. Roughly 80 percent of Federer’s partners have a long-term contract with the player, some as long as 20 years (counting the years still ahead). “It doesn’t seem like the most important thing for the companies are the results,” Godsick says, “but more about having a role model who is globally relevant.”

Together Federer and Godsick created a new premiere tennis event, the Laver Cup, a three-day men’s tournament between Team Europe and Team World. “He is constantly thinking out of the box on so many different issues,” Federer says of Godsick. “He can be intense with his creative ideas one minute and laughing at a simple joke the next. But through all of those moments I know that he looks out for the best of his clients’ success both on and off the court. He works at all hours of the day to make sure my partners and I are represented well.” 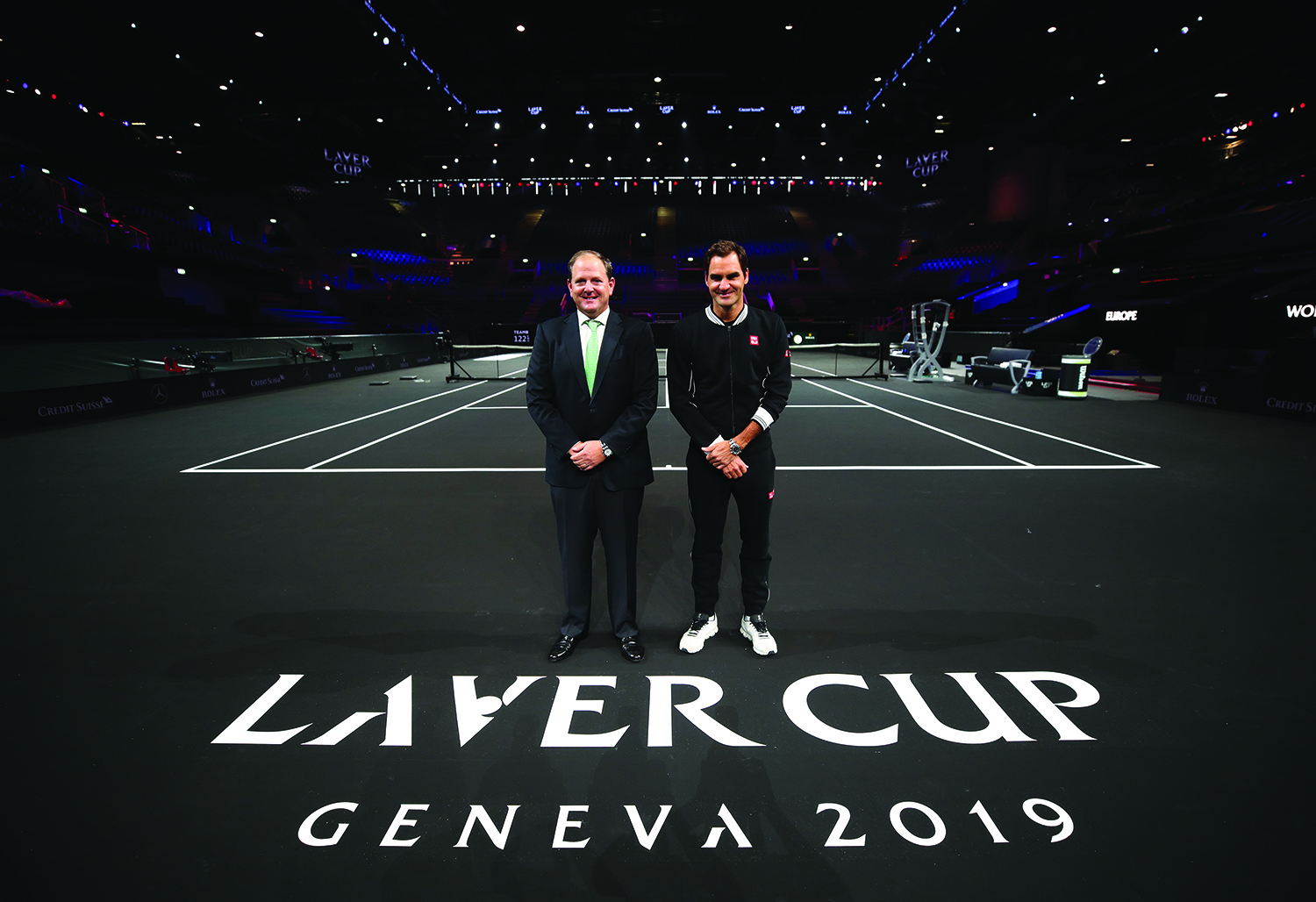 Godsick, who grew up in Manhattan and attended high school at Riverdale Country School in the Bronx, originally envisioned a career on Wall Street. It was another tennis star, Monica Seles, who helped launch Godsick’s career in sports when he was serving his second internship with IMG in 1992, the summer after his junior year at Dartmouth. One night while he was manning the phones at IMG’s New York City office, a bigwig from IMG’s tennis division in Cleveland called and asked Godsick to assist Seles, the No. 1 tennis player in the world, at an exhibition in New Jersey. “I thought it was a joke, a friend calling to prank me,” says Godsick. He ended up working with Seles for the weekend—“an incredible opportunity,” he says—and then asked her if she would put in a good word for him. With graduation less than a year away, the government major was thinking about his future employment.

It worked. The following spring IMG offered Godsick a full-time job upon graduation as the day-to-day traveling manager for Seles. But in late April he returned to his apartment to find 12 phone messages: Seles had been stabbed on court by a deranged man while playing in a tournament in Germany. Would she be okay? Would he still have a job? IMG reassured him that Seles would recover. After Commencement, Godsick drove to Cleveland to start at IMG two days later. He’s been in Cleveland—with a slight break years ago in New York City and Miami—ever since.

Godsick says the move to IMG with Seles in recovery mode gave him time to acclimate to the sport and connect with a variety of agents and players. “I was just learning from other people, really smart, creative people,” he says. “I was able to learn and experience different aspects of the business working alongside these people.” Godsick, a recreational tennis player who was on the football team at Dartmouth, learned quickly. By the time he was 26, he represented three of the world’s Top 10 players.

Meanwhile, in 1994, Seles introduced Godsick to two-time Olympic gold medalist and doubles Grand Slam champion Mary Joe Fernández, whom he started dating in 1996 and married in 2000.

In 2005 Federer, who was managed then by his wife, Mirka, was looking to join an agency. He had just won Wimbledon for his fifth Grand Slam title in two years and reached No. 1 in the world. Seles helped persuade Federer to take a meeting with IMG leadership, and CEO Ted Forstmann made his pitch. But Federer wasn’t sold—he wanted to know which agent would represent him. He asked Seles for advice, and she told him she trusted Godsick. Federer knew Fernández, too, and figured her husband must be a nice guy. “For me, the agent as a person is extremely important,” Federer says.

“I got a phone call a few days after that from Forstmann, saying, ‘Godsick, get down to my office, I just made your career,’ ” Godsick recalls.

“I certainly owe Monica a lot,” he adds. “Monica got me my first job. Monica helped introduce me to Mary Joe, and she encouraged Mary Joe and me to date. And, chapter three with Monica, it was Monica who helped me sign Federer. She’s a special person.”

“I had such a positive experience working with Tony on many fronts,” Seles tells DAM. “I saw how professional, prepared, and innovative Tony was. He always cared about me as a player but also as a person.”

Federer shares that opinion. “Tony and I have been working together for more than 15 years. We have developed a good sense of trust to make sure we are aligned with the same goals. It’s not about him and it’s not just about me. We have grown together.” That includes exploring opportunities in Federer’s home country. “He understood how important the home market was for me, and it ended up being a great place for him to do business and also learn about who I am and where I love to live.”

Godsick calls Federer a natural communicator. The two speak two to three times a day, and both being married to professional tennis players helped build the relationship early on. “Roger is an extraordinary human being as it relates to relationships,” Godsick says. “Not many people are as engaging and charismatic as he is. He makes it fun.”

Godsick admits that leaving IMG after 19 years was difficult and created some friction, but he knew it was the right move. “The best way to be successful is to make sure you have great partners,” he says. “It’s true in doubles and true in business.” Team8 consults with brands and invests in companies, such as Universal Tennis, the company behind Universal Tennis Rating, a global player rating system. Team8 also creates events such as the Laver Cup and the Roger Federer Foundation’s Match for Africa, a series of exhibition matches that last February set the all-time record for attendance at a tennis match—Federer vs. Nadal—with a crowd in Cape Town, South Africa, of nearly 52,000. The fourth edition of the Laver Cup was postponed in 2020 because of the pandemic, and now is scheduled for September in Boston.

Agent Costa calls the Laver Cup a “clear example of Godsick’s leadership and excellent convincing skills,” and his ability to make competing organizations work together on a first-of-its-kind event. And that was just to get it off the ground in 2017. “Then it is important to look at the implementation of the project, and I sincerely think it is an amazing event with a great team,” he adds.

Wedging the Laver Cup into an open slot on the calendar while providing a distinctive approach to the game—a team exhibition event mixing singles and doubles in a weekend-only setting, all geared for the fan experience, right down to the black courts—upset purists. But Godsick and Federer, who named the event after tennis legend Rod Laver, believe they’ve created something to last.

The Laver Cup was a chance to fill a gap in the marketplace, something “incredible for fans,” says Stacey Allaster, chief executive of pro tennis for the U.S. Tennis Association. She calls it the best tennis outside of the US Open, which she runs. Godsick, whom she has known for many years, makes it work. “He is incredibly smart from a business perspective. Take how smart he is combined with his passion—I think it has been a winning equation,” she says. “It was fun to see him date Mary Joe and get married. He has a great family.” 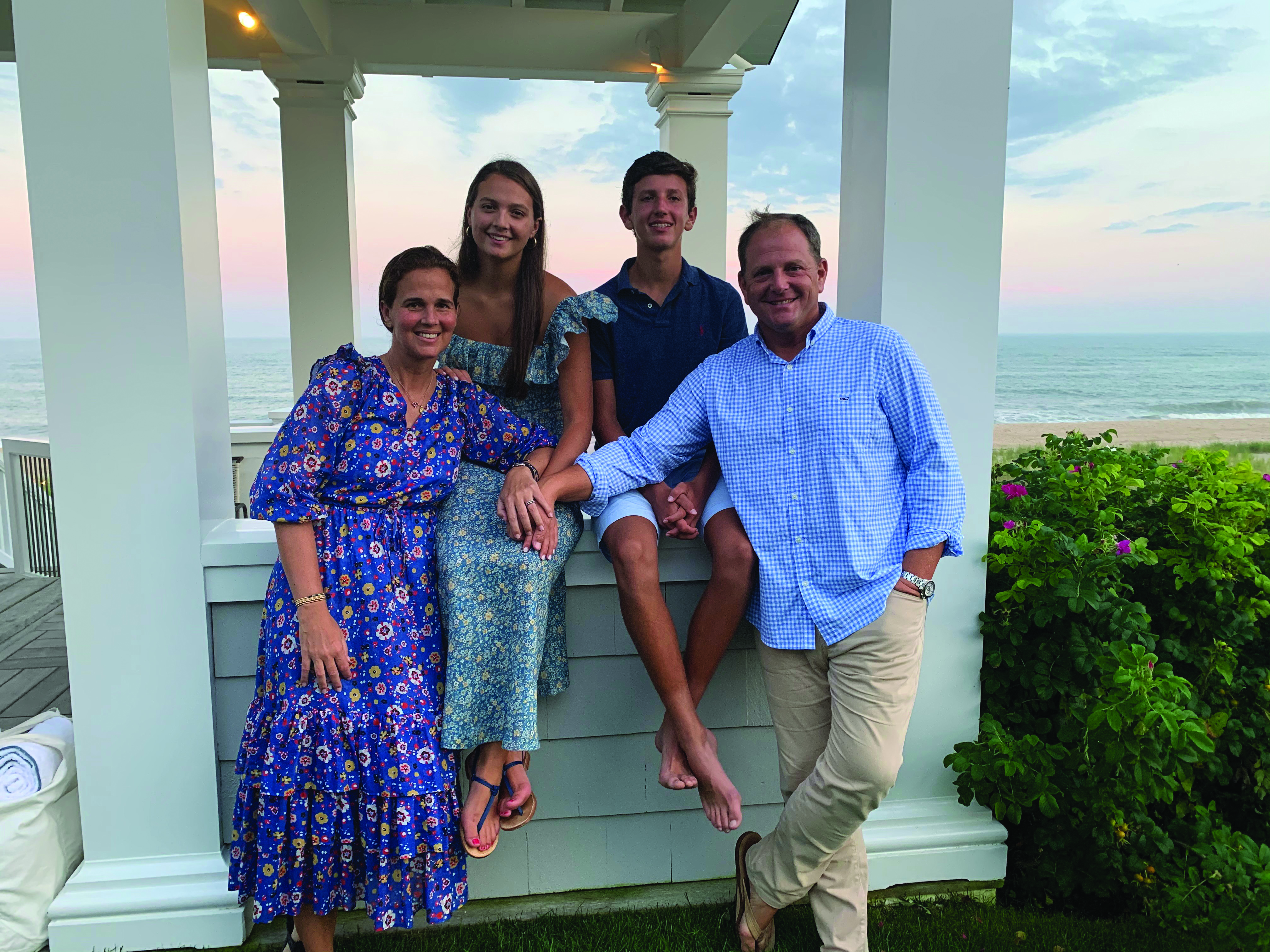 Monica Seles helped introduce Godsick to former tennis pro Mary Joe Fernández, whom he married in 2000. Their daughter, Isabella ’24, won a national doubles title in 2019, and their son, Nicholas, is a nationally ranked junior player.

Federer says family matters as much to him as to Godsick. “He understands how much my family and my tennis mean to me,” Federer says. “Without that, [our partnership] just wouldn’t survive after all these years. And the example of his character is the love he has for his family. He has worked so hard to make sure each of them is successful and know they are loved and protected. We have watched our families grow together, and his kids have developed into incredible people. To me, that is the biggest sign of the overall person that he is.”

Godsick says “the Midwest thing”—living in the countryside near Cleveland, with no traffic and people waving and smiling—“is a plus for me and my family.” Godsick’s daughter, Isabella, is a Dartmouth freshman and his son, Nicholas, is one of the top-ranked junior tennis players in the country. But not everything goes smoothly in the Godsick-Fernández household. When it comes time for a competitive family tennis match, Tony is no one’s preferred teammate. “There is always a fight over who gets me,” he says. “And it is never a good fight.”

Tim Newcomb is a freelance journalist and author who has contributed to Time, Sports Illustrated, Wired, Forbes, Tennis, and other publications. He lives in the Pacific Northwest.