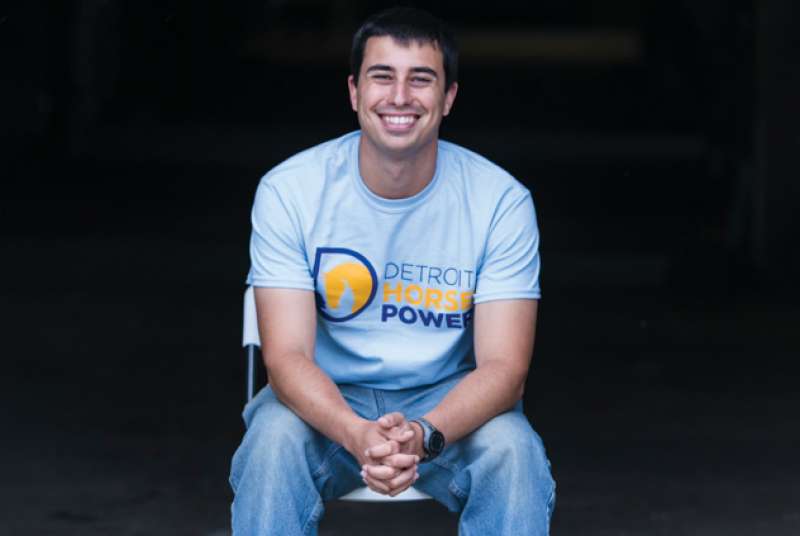 Photo by Brittany Greeson
Voices in the Wilderness

An accomplished competitive equestrian who grew up in New York’s Westchester County and owned his own horse, Silver moved to Detroit in 2012 as a Teach for America educator. As he thought about how to best serve the inner-city fourth- and fifth-graders he taught, Silver reflected on his childhood to identify what experiences most shaped his character.

“I realized horses were the answer,” he says. “Social and emotional skills such as empathy, perseverance, confidence, responsible risk-taking, and self-control underlie success in school and in life. I realized I’d developed those skills by growing up working with horses.”

Silver left teaching in 2014 to focus full-time on making the same positive growth experiences available to Detroit teens. He founded the nonprofit Detroit Horse Power and partnered with generous suburban horse farm owners who donated the use of their facilities and horses. Today Detroit Horse Power hosts a summer horsemanship camp for 100 students and an afterschool classroom and farm program that serves 26 students who groom, feed, and ride their steeds. Schools and other organizations help identify at-risk urban youth who might benefit from participating.

For many of the students, overcoming fear of the horses— who can weigh more than 10 times their young caretakers—is a powerful first step. “Horses are prey animals, so they’re immediately sizing you up to see if you are someone they can trust and follow,” Silver says. “Relationship- and trust-building are inherent in all of our work. We want our students to be talented riders and caretakers of horses, yet we’re most interested in the life lessons horses teach us about ourselves.”

Transporting students to suburban farms has been a challenge, limiting the number of young people Detroit Horse Power serves. To spur participation levels and expand the program, Silver is working on a plan to bring horses to the city. “Horses need room to move around and eat grass all day, and Detroit is trying to figure out what to do with the abundance of land left vacant as its population has shrunk from a peak of close to 2 million to around 650,000,” he says. “We hope to repurpose a large parcel of vacant land to build a new urban equestrian center so our youth programming can take place in the city and be a part of the fabric of stronger communities.”