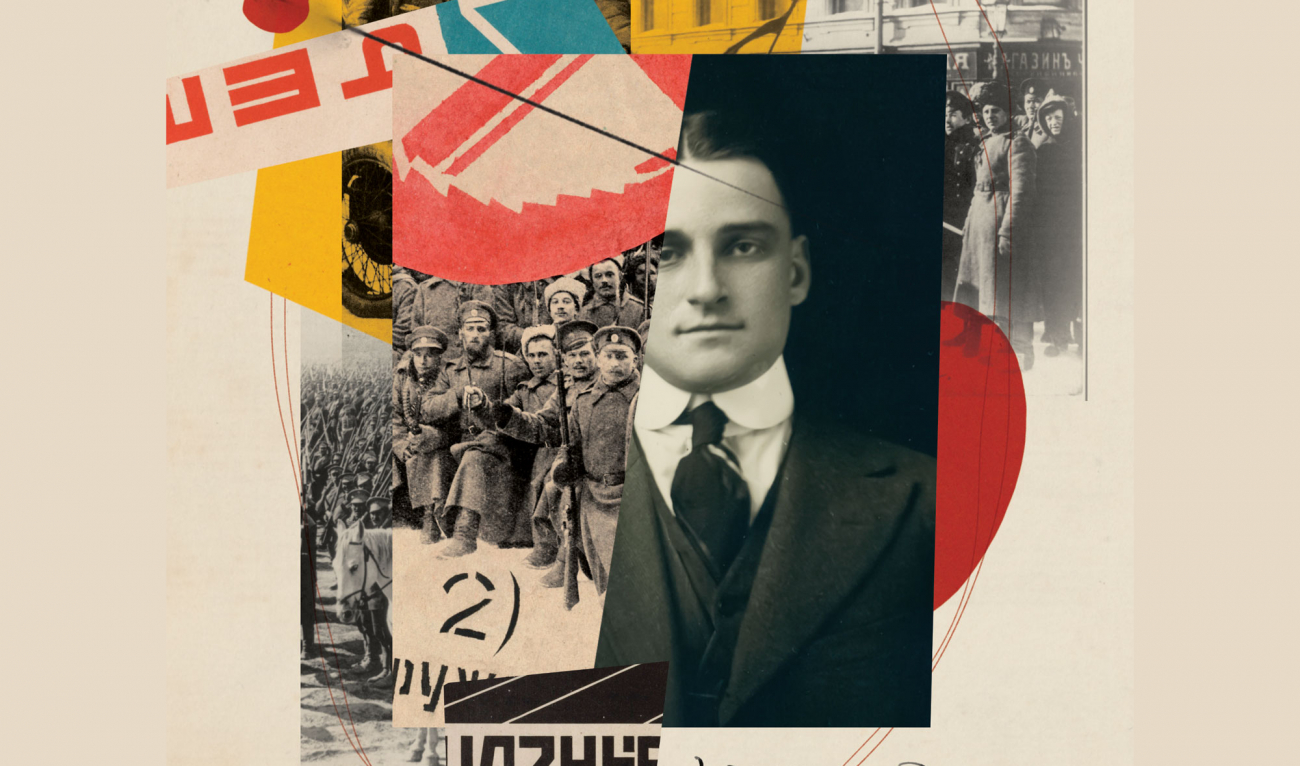 As the train crawled across the bleak landscape, passengers huddled inside cold, dark, dirty compartments. Icicles hung from the ceiling. The only food? Old bread. For the refugees on board hoping to escape the chaos of revolutionary Russia in February 1918, after the long reign of the tsars came crashing to a halt, success still seemed possible. But one day, during a stop near the Arctic Circle, Red Guard soldiers boarded the train. “It did look as though the game was up for me,” recalled Leighton Rogers, a 24-year-old American passenger who had fled Petrograd (now Saint Petersburg) a few days earlier without a proper permit. The soldiers moved methodically down the aisle. “I was quite prepared to be hauled off,” he later wrote.

How the recent college grad and newly minted banker with National City Bank of New York (precursor of Citigroup) got swept up in one of history’s greatest political cataclysms and survived is the subject of Into Russia’s Cauldron: An American Vision, Undone by Steven Fisher. A former financier who worked in Russia for Citigroup, Fisher weaves together tsarist history, banking policy, and Rogers’ experiences as part of a sweeping 427-page narrative.

Much of it is based on Rogers’ handwritten journal. “Upon first learning of my assignment to Russia,” he wrote in a September 1916 entry, “anticipation of future experiences was bright enough to dim reflection on the consequences. So I gave them little thought.” Then a naïve 22-year-old, he had been lured by the bank’s pitch in search of “men of untiring energy with the tact of diplomats and the broad vision of statesmen. For young men of this type there opens up a career in foreign trade or in banking of almost unlimited possibilities.”

His journal covers the period from September 1916—when the fresh-faced Rogers, recruited to help expand the bank’s presence in Russia and open a branch in Petrograd, embarked from New York City by ocean liner—to April 1918. The journal also includes a short epilogue from April 1919, when the escapee, by then a U.S. Army first lieutenant assigned to intelligence, met with U.S. generals and diplomats at the Paris Peace Conference after the end of World War I. Rogers described “the Russian problem” to them as “a scheme of world domination through the addition to the Soviet Union, as they call it, of one foreign country after another.”

Rogers’ story is one of grit and bravery. But the young banker, who had combed-back hair and a somber face, benefited from some lucky breaks. In March 1917, after Tsar Nicholas II gave up his throne and soldiers tried to put down the Bolshevik revolutionaries, Rogers observed that “doors are smashed in and spotted with bullet holes” and “the sides of buildings are flecked with the marks of flying lead.”

Soon after the Bolsheviks ousted the provisional government in a November 1917 coup, they proceeded to nationalize Western banks. Rogers remained calm and continued to attend parties, operas, and ballets. But by February 1918, as the Bolsheviks moved to seize all foreign properties, including the bank, anarchy reigned. For close to a year, mobs had been killing soldiers and stabbing shopkeepers, but now Red Guards were shooting civilians “upon the slightest provocation,” Rogers wrote. Bodies littered the streets.

As the Russian Empire collapsed and World War I raged, the German army drew closer to Petrograd. The Bolsheviks decided not to fight, which disgusted Rogers. “I could not stay here unresisting and witness what I feel to be evil triumphing over what is right,” Rogers wrote. He decided to head for Great Britain, where he could enlist in the U.S. Army and join the effort against Germany. Rogers had secured the necessary visa to exit the country, but Russian officials would not provide a similar document he needed to leave Petrograd.

“The guy courted death so many times, but he lived to tell the tale.”

After he was summoned to talk with Bolshevik leaders, he decided to bolt. “No further invitation or warning was needed; I don’t know exactly what it was about,” Rogers wrote, “nor did I care to wait and find out.”

The next day, February 23, 1918, he packed a suit, a sweater, underwear, a blanket, and his journal, and filled a small basket with some bread, sausage, and pickles. He headed by foot to the Nicholas Railway Station and the midnight freight train to Murmansk, Russia.

After boarding but failing to find a place to lie down, Rogers came upon a two-person sleeping compartment crammed with three passengers. One of them, an English engineer whom Rogers had befriended earlier on the platform, invited him to become bunkmate number four for the miserable, eight-day journey.

His ultimate break came at another stop where Red Guards searched the train. As they neared Rogers’ compartment, a commotion broke out among some Russian sailors, distracting the soldiers. “We’re going to a wedding in the next village, and we’re late,” yelled the sailors. “This is a republic now, and we’re just as good as you, or Lenin, or Trotsky or anyone else. And moreover, we’ve got no permits and you’re not taking us. So start the train, comrades!”

When Rogers arrived in London, on March 30, the enormity of his escape began to dawn on him. “To see the sun, feel its warmth, see the bright faces, the smiles, the green grass and trees is—is—well, it’s life,” he wrote. Following his Army service, he worked for the U.S. government and the aeronautics industry. He died at 68 in Connecticut in 1962.

“The guy courted death so many times, but he lived to tell the tale,” says Fisher, who got the idea for his book after spotting a reference to Rogers in a 2017 history of the revolution. Fisher dug around a bit before unearthing Rogers’ journal in the U.S. Library of Congress, where a relative had tucked it for safekeeping. Its pencil-written 112,796 words took four months to transcribe.

While Rogers may have been a small cog in Russian history, what spooked him then might surprise him today, given the similarities: state killings, asset seizures, currency devaluation, even Citigroup’s retreat. “It’s a revelation to see history repeating itself in so many different contexts,” says Fisher.

C.J. Hughes is a frequent contributor to DAM.

You May Also Like
Sinking Into Anarchy
These excerpts from Leighton Rogers’ journal cover several days in December 1917—a few weeks before he fled Russia.