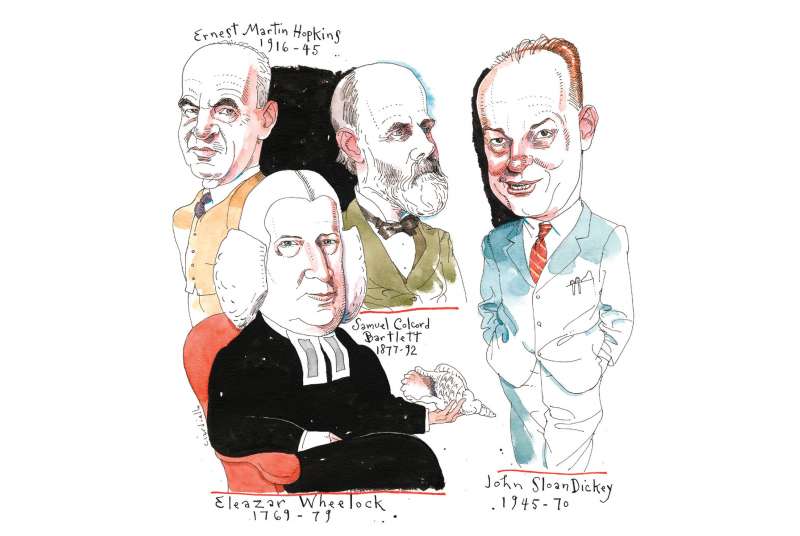 “[I] now feel more than ever the want of a pension which I think the world owes me with which I might buy a cask of wine and other suitable spirits.”
—Eleazar Wheelock (1769-79)

“Gentlemen, I came here…to take charge of young gentlemen, but if, by any unforeseen circumstance, it becomes necessary for me to assume the management of a menagerie of young monkeys and baboons, I shall be equal to that undertaking.”
—Samuel Colcord Bartlett (1877-92)

“Athletics have a rightful place in the modern college.”
—William Jewett Tucker (1893-1909)

“The man ignorant of mathematics will be increasingly limited in his grasp of the main forces of civilization.”
—John G. Kemeny (1970-81)

“College campuses are hotbeds of gossip, and there is probably nothing that could cause greater excitement than word being spread that a controversial president had decided to step down.”
—David T. McLaughlin (1981-87)

“I haven’t been invited to any fraternity parties this year, but I’m still intending to have a good time this weekend.”
—James Wright (1998–2009)

“Please know that you have all received one of the greatest educations available to humankind.”
—Jim Yong Kim (2009-12)