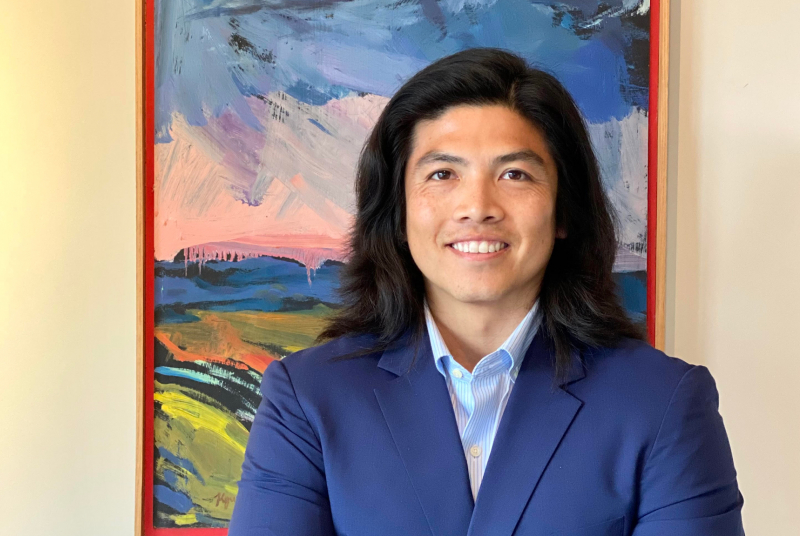 From Pojoaque to Pennsylvania Avenue

As senior advisor to the White House Office of Intergovernmental Affairs and director of tribal affairs, PaaWee Rivera serves as the liaison between the president and 574 federally recognized tribes. Rivera, of New Mexico’s Pojoaque Pueblo, has stepped into this role—after tenures with the Democratic National Committee [DNC] and Elizabeth Warren’s and Joe Biden’s presidential campaigns—at a particularly challenging moment, given the pandemic’s disproportionate impact on Native communities. He spoke with DAM about working for the Biden administration, his early exposure to politics, and life on the campaign trail.

What does your work involve?
Our office, led by director Julie Rodriguez, works with state, local, and tribal governments. I’m the main contact for the tribes, and I work directly with tribal governments to advance the president’s goals. With 574 federally recognized tribes across the country it’s no small task to communicate with them regularly. Right now we’re focused on advancing the infrastructure framework. I also facilitate the president’s, vice president’s, first lady’s, and second gentleman’s meetings with tribal leaders. Jill Biden visited the Navajo Nation this April, and Doug Emhoff went to Indian Country twice this spring. I planned his trip to the Yakama Nation in Washington State in April and accompanied him.

What is Second Gentleman Emhoff’s role?
To strengthen government-to-government relations between the United States and the tribal government. He spoke about the administration’s Covid response and visited a tribal vaccination site. He also visited the Yakama Nation’s cultural center and met with the tribal council to hear their concerns and to discuss the American Rescue Plan before it was passed and the infrastructure plan. The American Rescue Plan is the largest investment in Indian country by far—more than $31 billion. We’re working to ensure that all the tribes are compliant with deadlines so they can receive the allocated funds.

What’s the hardest part of your job?
Being on Zoom calls 24-7 isn’t as engaging as going out to visit communities or inviting tribal leaders to meetings at the White House. In some ways the virtual focus has improved accessibility for some tribal leaders that are pretty remote, because they don’t have to figure out travel, but there are still challenges with cell phone connectivity and broadband in many parts of the country.

What’s a work accomplishment that you’re particularly proud of?
Relaunching the White House Council on Native American Affairs, a cabinet council to coordinate tribal policy issues across the administration. It’s co-chaired by Interior Secretary Deb Haaland, who is our first Native American cabinet member and someone I’ve known for a while because she’s from New Mexico and a fellow Pueblo, and Ambassador Susan Rice, who leads the White House Domestic Policy Council. Overall, the exciting thing is to open a lot of doors for tribal communities that haven’t had access. Helping to give them a seat at the table with the administration is very motivating.

How did you meet Haaland?
We first met in 2014, when she was running for lieutenant governor in New Mexico on the Democratic ticket with Gary King. Since then we’ve crossed paths many times. She was New Mexico’s state party chair when I was working at the DNC. She also became co-chair of Sen. Warren’s presidential campaign, so I worked with her there. I feel fortunate to have had many chapters with her. I think many people feel fortunate to have the representation she provides.

What was it like to transition from the campaign to the administration?
The great thing about campaigns is that you get to see a lot of the country and meet a lot of different people. The work is similar, but obviously I’m now more policy focused. Campaigns are such a fast lifestyle, where you’re just packing a bag, jumping across the country, and trying to find an office and starting an operation. I’m enjoying having a little more permanency for the time being.

Did you always want to go into politics?
I was a government major, but I didn’t feel I had everything figured out then. Both of my parents are artists, and my father was a tribal leader for 22 years, so I was exposed to a lot of different opportunities. I interned on the Hill when I was in college. It just kept going from there. I’ve been in D.C. since I graduated, and throughout my career I’ve worked in some capacity for Indian country. I’ve just followed the opportunities to work on things that mean something to me and can make a difference.

Are there any Dartmouth experiences that were influential in setting you on this path?
I was a Native American studies minor and had the opportunity to really study and understand the big picture and understand what Indian country is. I didn’t know all the tribes in Alaska, all the tribes across the East, for example. My work seems exactly aligned with what I studied, which I don’t think is the case for most people.