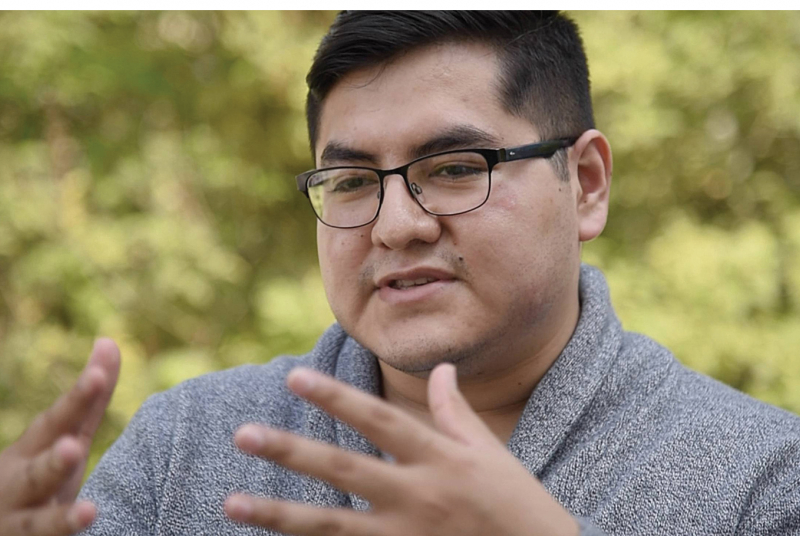 Something as innocuous as a subject heading in a library catalog can have significant—and painful—power. When Cornejo Cásares was at Dartmouth, he collaborated with Romance languages librarian Jill Baron, Melissa Padilla ’16, and video producer Sawyer Broadley ’08 to film Change the Subject. The 2019 documentary charts their battle to get the Library of Congress to change its subject heading “illegal alien” to “undocumented immigrant.” The library took steps to adopt the term “noncitizen” in 2016, but the U.S. Congress nixed the plan. The subject heading has not changed.

“Language, words, terms—they capture the social and political reality of human society,” says Cornejo Cásares, a Deferred Action for Childhood Arrivals (DACA) recipient whose family moved from Mexico to the United States when he was 5. “When you use particular language, you are essentially codifying and legitimizing that particular way of framing that particular thing—in this case, undocumented immigrants.”

In 2014 the sociology and Native American studies major cofounded the Coalition for Immigration Reform and Equity and Dreamers, Dartmouth’s first immigrant rights student organization. Broadley, who codirected and shot Change the Subject, says Cornejo Cásares “sees himself as very privileged, in a lot of ways, and he’s willing to use that privilege and power to be a force for change.”

Cornejo Cásares, now in his fourth year pursuing a doctorate in sociology at Northwestern University, continues, along with Broadley, Baron, and Padilla, to virtually present their documentary to high schools and colleges around the country. The film, he says, encourages viewers to take action and seek allies in unlikely places. “If librarians and immigrants can come together and do something, then I think we really have great possibilities with other forms of solidarity, connection, collaboration for social change.”