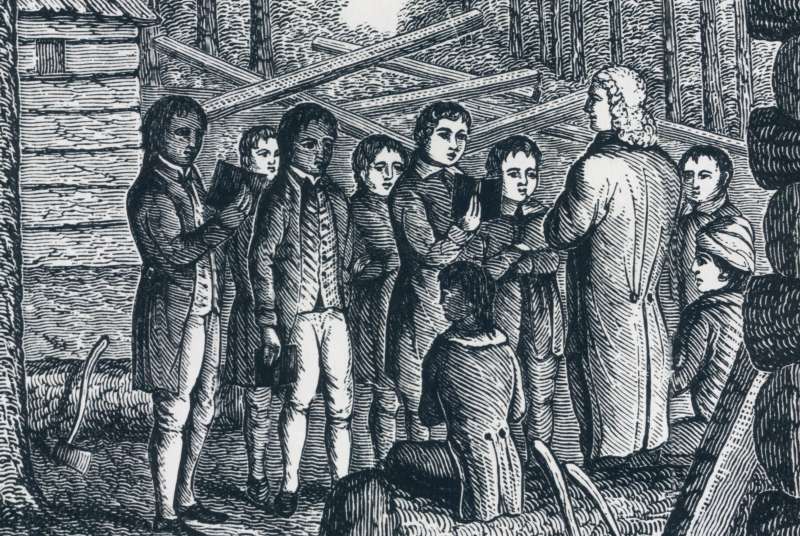 It was a great event for the wilderness. Riding up from Portsmouth on horseback came Governor Wentworth with a company of sixty gentlemen, making camp two nights on the way. Four students took their degrees as bachelors of arts: Levi Frisbie, Sylvanus Ripley, Samuel Gray, and John Wheelock, all of whom had emigrated from their Yale classes to graduate at Dartmouth. The exercises, which took place on August 28, were as follows:

1. A Salutatory Oration in English, by Ripley, upon the Virtues, succeeded by an Anthem.

2. A Clyosophic Oration in Latin, by Frisbie.

3. A Syllogistic Disputation, wherein Gray held the question, An vera cognitio Dei Luce Naturae acquiri potest [Can a True Knowledge of God Be Obtained by the Light of Reason]? Opposed by Frisbie, Wheelock, and Ripley; and

4. A Valedictory Oration in Latin, by Wheelock, “followed by an anthem composed and set to music by the young gentlemen, candidates for a degree.”

This appeal to the Muses must have been a moving performance. Wheelock says that Ripley’s oration “produced tears from a great number of the learned,” and this, too, before the punch was ladled from the silver bowl. Frisbie recited an original poem. Semi-official history says that the various orations, disputations, and the poem were delivered al fresco, a crude stage of logs and hewn boards, to which access was given by a broad, inclined hemlock plank, furnishing the rostrum for the four who were forever to hold their conspicuous place in Dartmouth annals….There is no gloomy cloud of scepticism over the statement that Governor Wentworth paid for the ox that was barbecued on the green, nor that a barrel of rum was broached, to the great satisfaction of the settlers for miles around.

But to the president, this first Commencement was not an unalloyed joy. Madame Wheelock was too ill to receive any guests, and the presidential cook, with the almost inevitable instinct of that profession, seized upon the occasion to get drunk. But Eleazar Wheelock was ever of undaunted soul, and he invited the dashing governor and his merry suite to dinner, some of which he perhaps prepared with his own hands. Under the circumstances it could hardly have been a luxurious feast, yet some of the Portsmouth visitors were of mean and little souls enough to sneer at the bareness of their entertainment after they had returned home.

Wheelock’s answer…in its simplicity, its dignity, and its touch of pathos, must have made those snobbish critics ashamed of themselves. “We were indeed,” he said, “in very trying circumstances; but we got along as well as we could, depending on the candor and clemency of our friends. As to the table-linen, which I hear is complained of, that must come, I suspect, wholly upon me, through my poverty….As to the College, it owns but one [tablecloth], that was lately given by a generous lady in Connecticut, and of her own manufacture. But we are getting along, and things are growing better.”

The class of 1771 had to wait for its diplomas. But each graduate received 300 acres in the Granite State.

Because the first board couldn’t get its act together, the original Dartmouth graduates received only a “recommendatory testimonial” or “Certificate of Degree” instead of an A.B. The board didn’t deliver diplomas until two years later. Meanwhile, the town of Dummer, New Hampshire, gave each graduate 300 acres. In 1795 three of the lot owners, behind on property taxes, sold their rights. 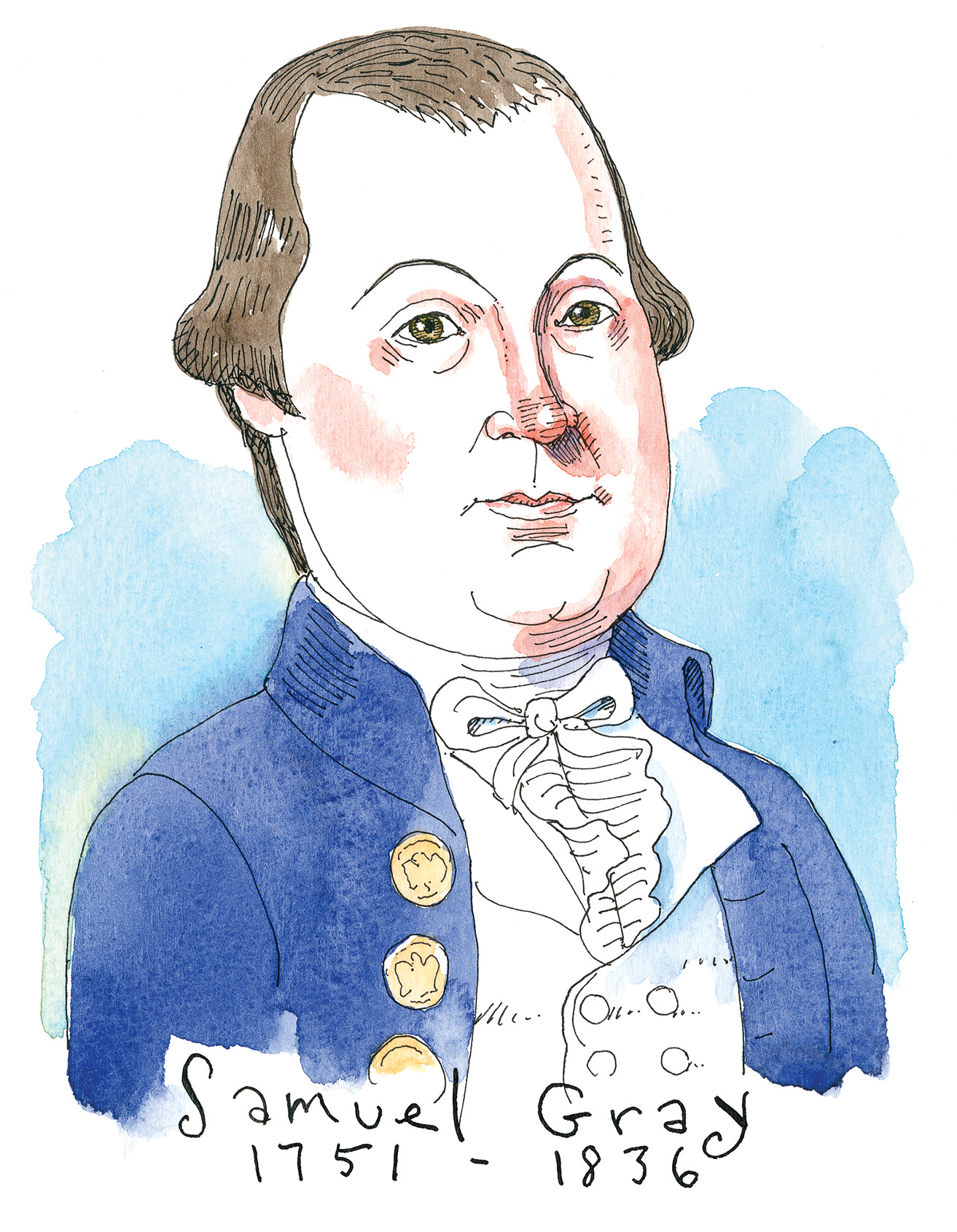 Studied law and became assistant commissary general during the Revolutionary War before serving in Connecticut courts for more than four decades. Honored as a guest at 1827 Commencement. 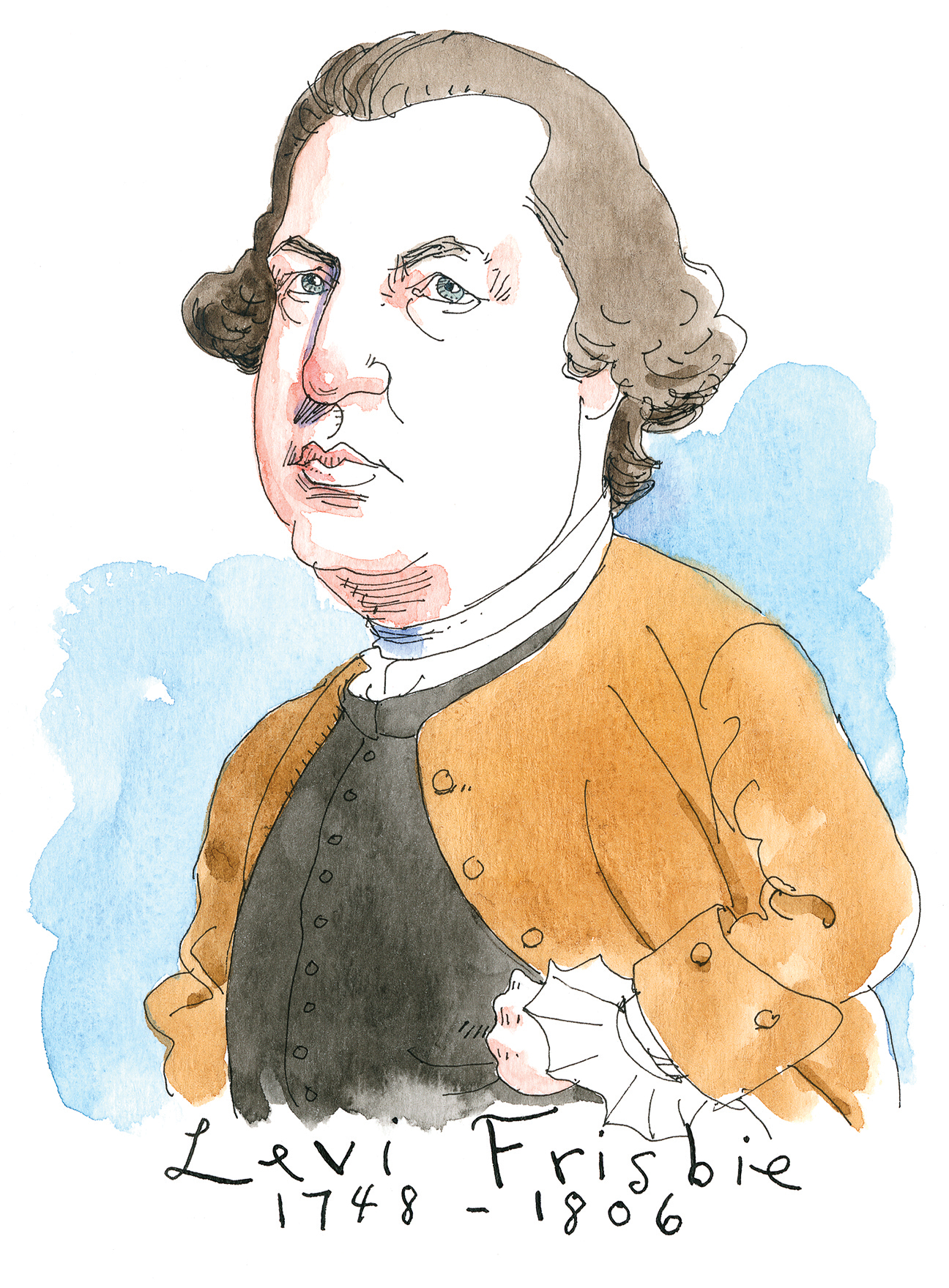 Assisted Wheelock for several years after graduating. Ordained as a minister in May 1772. Served as pastor of First Church in Ipswich, Massachusetts, for remainder of his life. 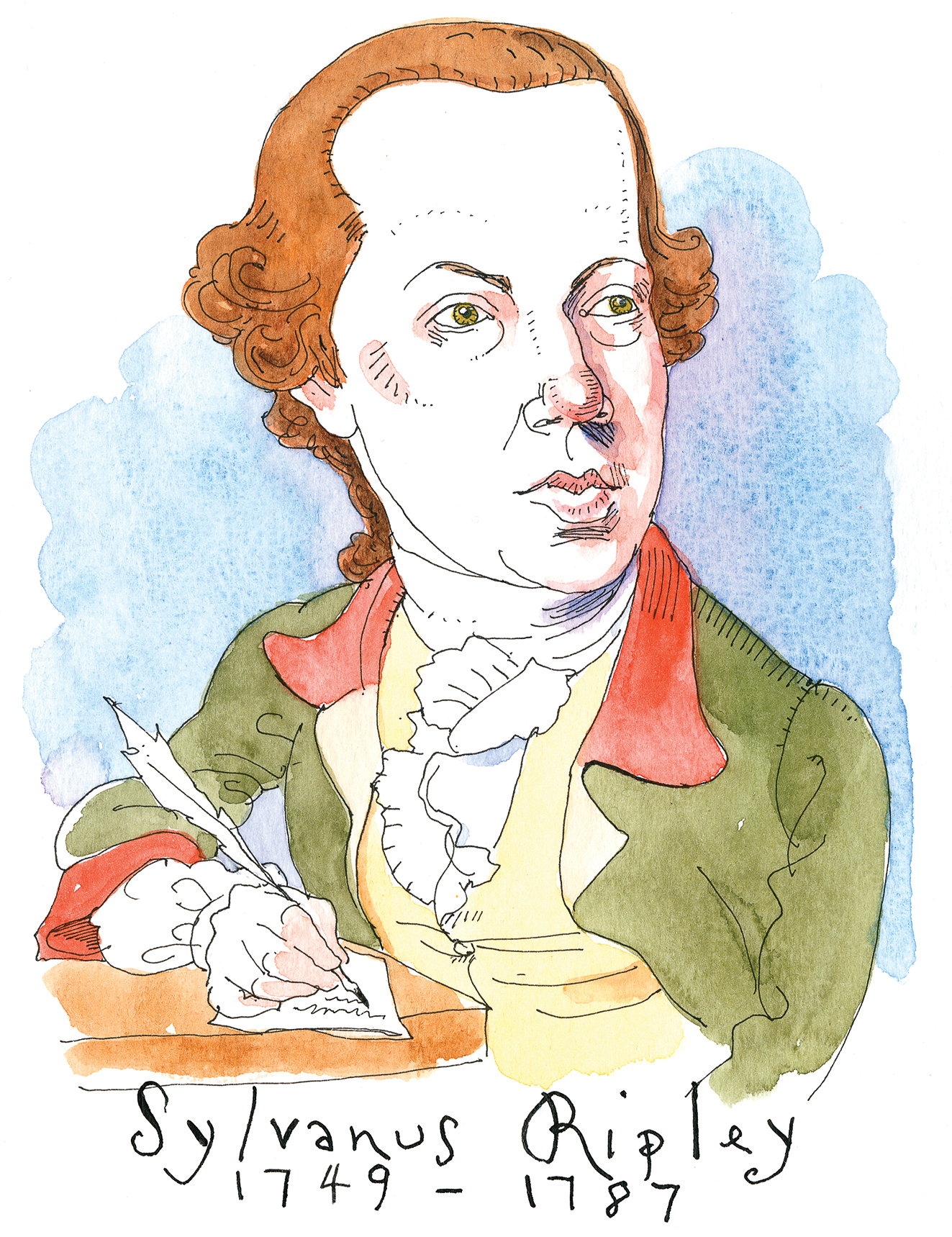 Led a religious mission among Native tribes in Canada. Married Wheelock’s daughter, Abigail, and served as a trustee and professor of divinity. Died at 37 after being thrown from a sleigh driven by a student. 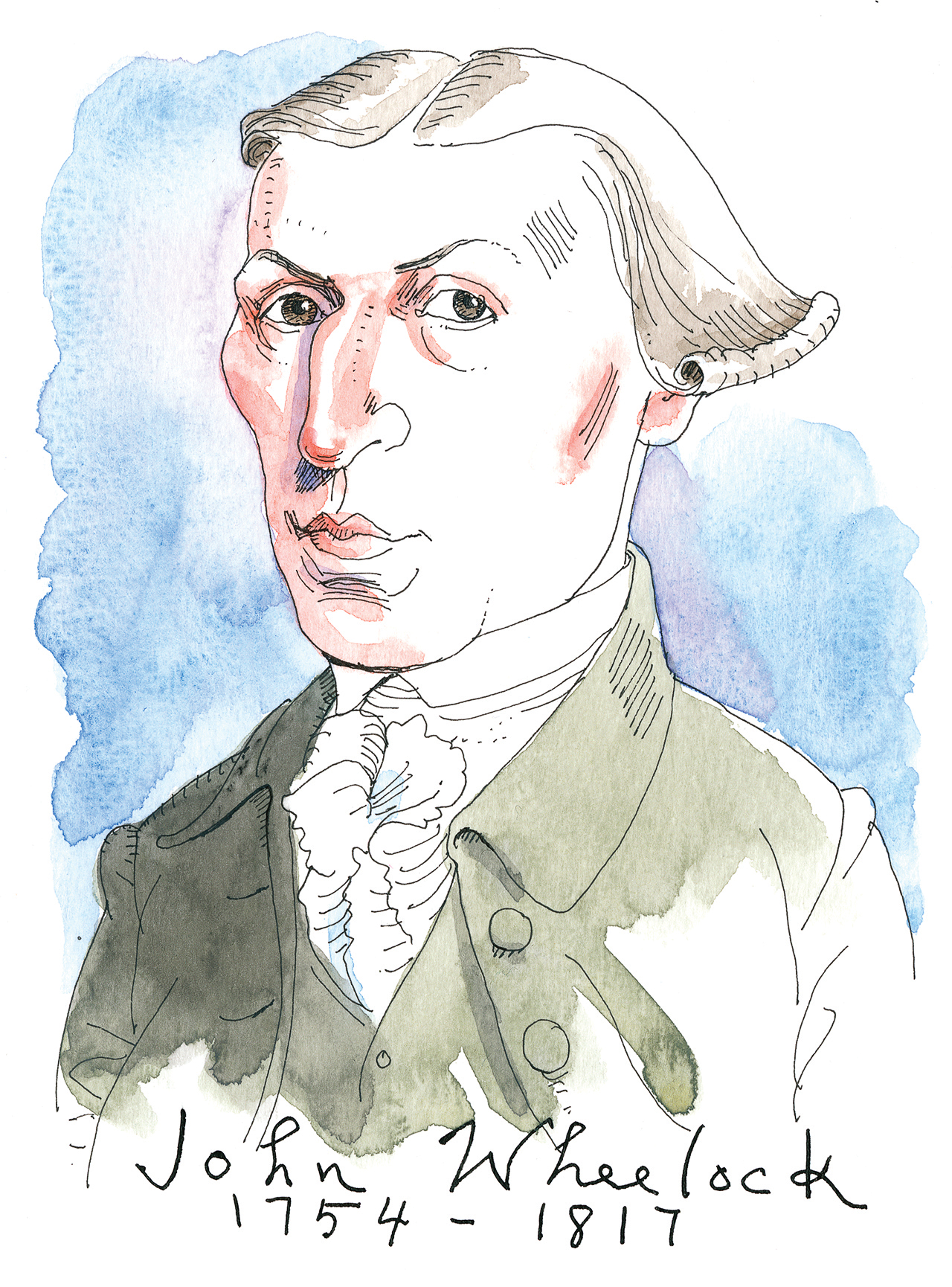 Lt. colonel in Continental Army during the Revolutionary War and later a professor at the College. At 25 he succeeded his dad as Dartmouth’s president. Survived a shipwreck but not the trustees, who ousted him in 1815.