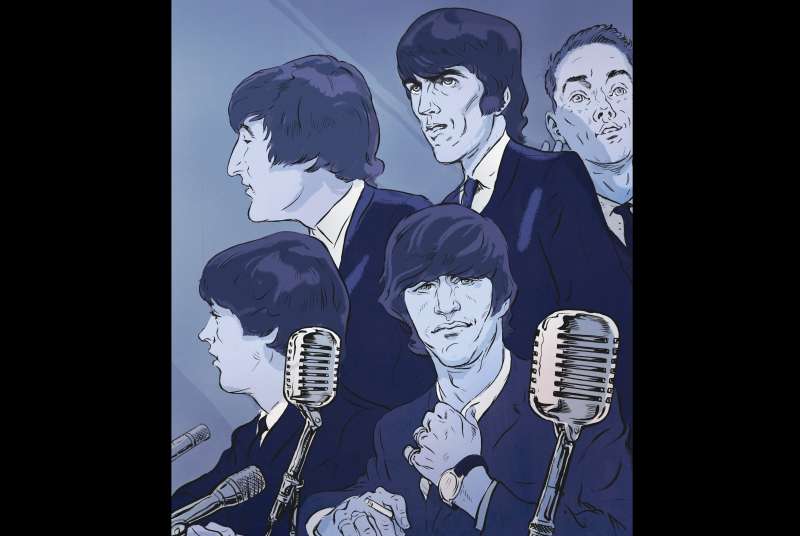 It was 1964, and the Beatles were coming—to Boston. Everybody knew it. But how many people can say they came up with a plan to crash the pre-concert press conference and toss a few questions at John, Paul, George, and Ringo?

Here’s how it happened 55 years ago: I was a 17-year-old freshman. Two of my Marblehead (Massachusetts) High School friends, Steve Small, who went to Yale, and Charlie Kimball, who was at Harvard, were Beatles diehards just like me. We started scheming up ways we might crash the band’s press conference the afternoon of its show at Boston Garden. Steve was a DJ on the Yale radio station, WYBC, so he called the hotel and asked for one of the radio reporters he had just heard doing a live report. The guy told him to call Beatles press manager Bess Coleman, who was also staying at the hotel. Next thing he knew, Steve was talking to her and told her he was from Yale radio and wanted to cover the event. She was delighted. “Sure, just ask for me, and I’ll let you in,” she said. This was September 12, the morning of the event. Could it be that easy?

Almost. The three of us tossed on sports jackets and ties and raced to meet up at the Madison Hotel in Boston. It was a madhouse. We walked through thousands of kids milling around the street, girls screaming everywhere, to find ourselves at a guarded door. Steve showed a guard his press card, and in he went. Sadly, Charlie and I didn’t work for our college paper or radio station and were denied entry. We retreated into the crowd.

“Wait a second,” I said to Charlie. Almost without thinking, I ran back to one of the guards. Charlie followed me. I showed the guard my freshman ID card with my picture on it and said, “I’m from the Dartmouth press, and here’s my press card.” He looked at it and mumbled, “Okay, you can come in.” Charlie showed him an ID and raced in with me. Obviously, the security was not too tight.

Charlie and I rushed upstairs to a big holding area next to another guarded room—that’s where the Beatles would meet the media. Loads of reporters awaited entry, along with other kids who had found their way in. We heard an authoritative voice yell to clear all the kids out. I grabbed Charlie, and we ducked into the men’s room. After about five minutes we came out. We didn’t see Steve, and we were wondering how the heck we were going to get in the guarded room. I heard someone say, “Miss Coleman.” Instinctively, I raced over and didn’t miss a beat. “Miss Coleman, my name is Steve Small from the Yale radio station. I spoke to you this morning, and you said I could get in,” I fibbed. I don’t know if I’ve ever had that kind of lightning thought before or since. “Oh sure, come right with me,” she replied, leading us to the door where the guard let us pass.

The place was still pretty empty. We saw Steve sitting in the front row. We strolled to the row behind him, sat down, and tapped him on the shoulder. You should have seen the expression on his face.

“They acted like, hey, no big deal, but I was in disbelief heaven.”

The rest was heaven. The Beatles casually entered and sat at a table full of microphones and some ashtrays. Everyone applauded. I was struck by how pale they were, but I was on cloud nine, my feet three feet above the ground. They acted like, hey, no big deal, but I was in disbelief heaven.

I finally gathered my wits and realized that since I was masquerading as a reporter, I was allowed to ask questions. So I did: Who does most of the lead singing? Paul and John kept saying, “He does” and “No, he does.” I also asked what kinds of guitars they played. “I use a Rickenbacker,” said John. I don’t even remember my third question.

Steve had a Polaroid instant camera and yelled “Ringo!” When he looked over, Steve took his picture. Ringo looked at him with amusement. “Now what newspaper would you be from, with a Polaroid?” he asked. Steve later asked Ringo to do a promo for WYBC, but he wouldn’t do it. They were witty, disarming, and unpretentious. It was all pretty snappy.

As soon as the press conference ended, I rushed up and grabbed an ashtray full of ashes, butts, and chewed gum, as well as a cigarette pack and a card from a reporter to Beatles press agent Derek Taylor that said, “Get me John and I will love you forever.”

There was a final twist and shout of good fortune. Most of the reporters received a postcard-size picture of the Beatles with their autographs stamped on it. I told Taylor that I didn’t get one. He reached into his jacket pocket and pulled one out for me.

After the press conference a member of the Beatles posse asked if we had tickets to the concert. We said no, and he gave us his last ticket. We were stunned, but we decided it would be unfair if only one of us got to go. Outside we saw a girl with her mother, I think, pleading for a ticket. We sold it for something like $6.75 and split the proceeds three ways.

Later I looked and realized the autographs on my card were real, signed with a blue pen. Of course I still have the card. It’s in my safe deposit box. My mom didn’t care for the ashtray. “You’re not going to keep John’s cigarette ashes in the house!” she insisted. Out it went. 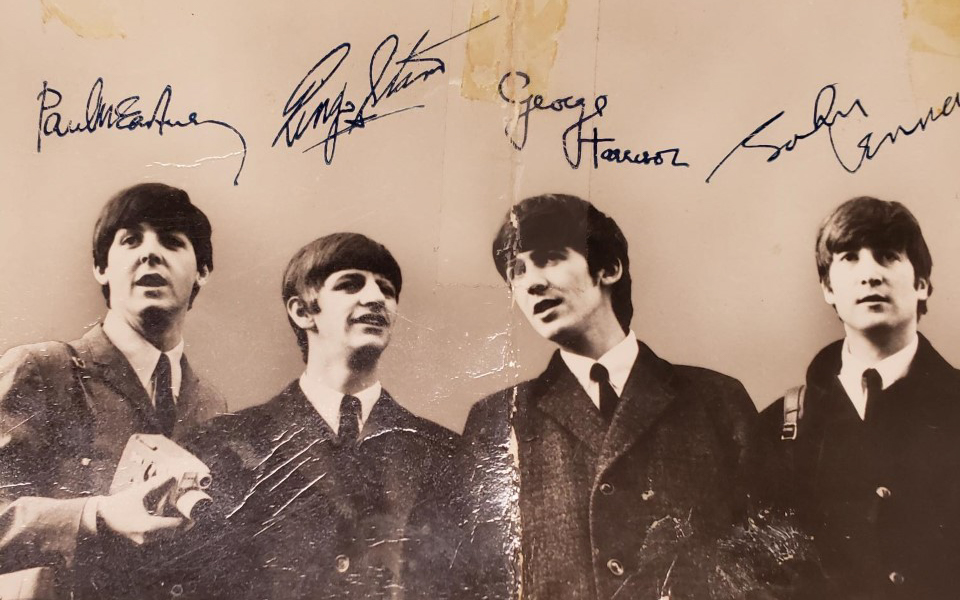 As a postscript, 50 years later the West End Museum in Boston found out about our story and held a 2014 anniversary event—not of the Beatles concert, but of our attending their press conference. They set up a press table with microphones like the ones used by the Beatles, and the three of us—still friends and still Beatlemaniacs—sat there and told our story, and people asked us questions. It was a classic, one-of-a-kind turnaround.

Steve, Charlie, and I still get together. On my last birthday Charlie sent me a card that read: “Always believe something wonderful is about to happen.”

Richard Hershenson is a commercial and real estate lawyer in New York City.