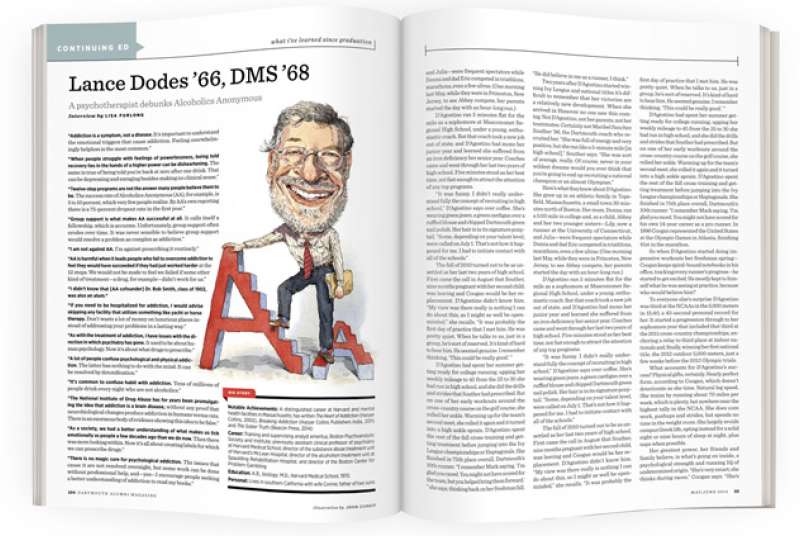 “Addiction is a symptom, not a disease. It’s important to understand the emotional triggers that cause addiction. Feeling overwhelmingly helpless is the most common.”

“When people struggle with feelings of powerlessness, being told recovery lies in the hands of a higher power can be disheartening. The same is true of being told you’re back at zero after one drink. That can be depressing and enraging besides making no clinical sense.”

“Twelve-step programs are not the answer many people believe them to be. The success rate of Alcoholics Anonymous (AA), for example, is 5 to 10 percent, which very few people realize. By AA’s own reporting there is a 75-percent dropout rate in the first year.”

“Group support is what makes AA successful at all. It calls itself a fellowship, which is accurate. Unfortunately, group support often erodes over time. It was never sensible to believe group support would resolve a problem as complex as addiction.”

“I am not against AA. I’m against prescribing it routinely.”

“AA is harmful when it leads people who fail to overcome addiction to feel they would have succeeded if they had just worked harder at the 12 steps. We would not be made to feel we failed if some other kind of treatment—a drug, for example—didn’t work for us.”

“If you need to be hospitalized for addiction, I would advise skipping any facility that utilizes something like yacht or horse therapy. Don’t waste a lot of money on luxurious places instead of addressing your problems in a lasting way.”

“As with the treatment of addiction, I have issues with the direction in which psychiatry has gone. It used to be about human psychology. Now it’s about what drugs to prescribe.”

“A lot of people confuse psychological and physical addiction. The latter has nothing to do with the mind. It can be resolved by detoxification.”

“It’s common to confuse habit with addiction. Tens of millions of people drink every night who are not alcoholics.”

“The National Institute of Drug Abuse has for years been promulgating the idea that addiction is a brain disease, without any proof that neurobiological changes produce addiction in humans versus rats. There is an enormous body of evidence showing this idea to be false.”

“As a society, we had a better understanding of what makes us tick emotionally as people a few decades ago than we do now. Then there was more looking within. Now it’s all about creating labels for which we can prescribe drugs.”

“There is no magic cure for psychological addiction. The issues that cause it are not resolved overnight, but some work can be done without professional help, and—yes—I encourage people seeking a better understanding of addiction to read my books.”