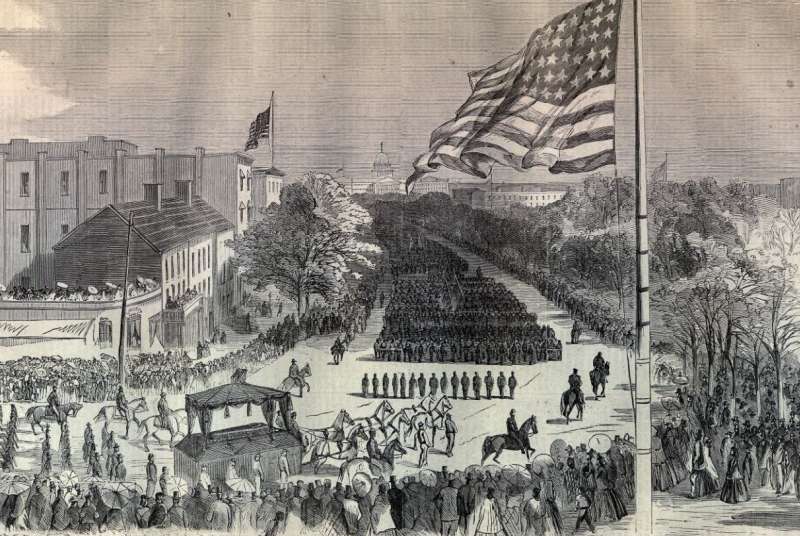 Hanover, N.H.—The last week was a memorable one here. Such as Dartmouth College never saw before, and will never see again. The opening and close of the week were in signal and marvelous contrast.

On Monday morning came the news of Lee’s surrender. It was received with unbounded enthusiasm. All the College exercises were suspended after the morning recitations. The air was laden with hurrahs, with the jubilant notes of the College bell, with the noise of guns, and with music of all varieties. A procession was formed, and, with the sound of as many different instruments as were heard on the plain of Duro, though of tones less exquisite, it moved through the village and over the Connecticut to Norwich, Vermont—the beautiful waters of the river seeming to murmur, as it passed, a responsive thanksgiving. Banners streaming on the breeze from Dartmouth Hall, from the two flag-staves on the Green, and from diverse private dwellings, symbolized the general gladness.

At two o’clock there was a meeting of the College, with many of the citizens in the chapel. The room was gaily adorned with flags and crowded with joyous auditors, the ladies occupying the gallery. The exercises began with singing, reading scripture, and prayer. President Smith then made an introductory address and called out in succession Professors Hubbard, Noyes, Sanborn, Aiken, Quimby, Packard Woodman, Fairbanks, and Patterson, with Dr. A.B. Crosby, S.W. Cobb, Esq., Rev. Mr. Pease of Norwich, and Hon. Daniel Blaisdell. The audience was held in close attention for nearly two hours and a half. The choir sang “Babylon is Fallen” about midway in the exercises; and, having began with “My Country ’Tis of Thee,” closed with “The Star-Spangled Banner” and the benediction. It was, we all felt, a great occasion.

So passed Monday. Saturday morning, after the first recitation, the echo of the Great Washington Tragedy—a tragedy with no historical parallel—fell upon our ears. Again, but how different a manner, was all business arrested. The 11 o’clock recitation was soon disposed of. Neither professors nor students had a voice for anything but sorrow. The bell was tolled from 11 1/2 to 12 1/2 o’clock, stores were closed, flags and dwellings were draped.

At 2 p.m. we gathered in the chapel again, but with what a contrast to the Monday’s assemblage. No flaunting flags were there; no faces luminous with gladness, but all was sad, somber, solemn. Appropriate hymns were sung, the word of God was read, and prayer was offered. President Smith then made a short address and Professor Patterson, as personally acquainted with the deceased chief-magistrate, another. After an hour and a quarter the service closed and the assembly passed, as from a funeral, to their homes. The church and the College chapel were appropriately draped yesterday, and the evening service was wholly occupied with the great national calamity.

Adapted from the New Hampshire Statesman of April 21, 1865