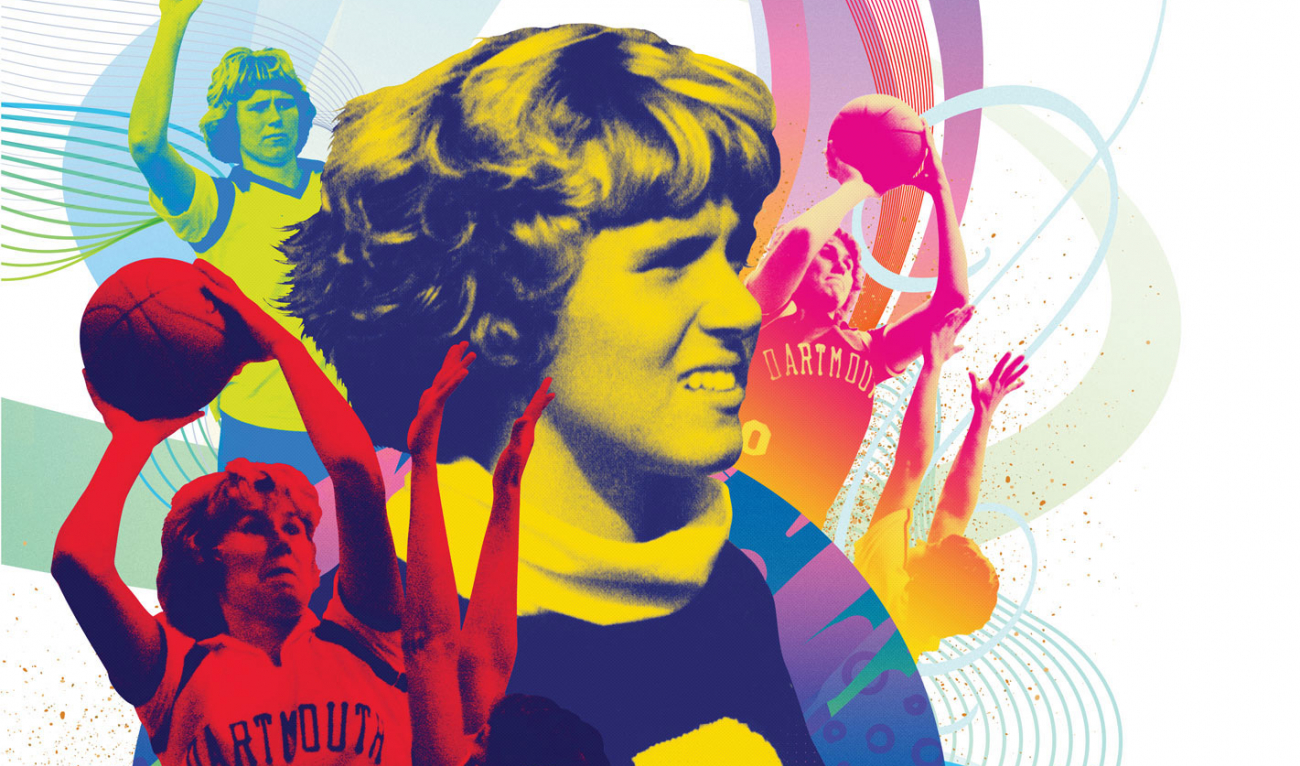 In the early years of coeducation and Title IX, Gail (Koziara) Boudreaux arrived at Dartmouth with the raw talent and determination of legends. In four years, the Chicopee, Massachusetts, native set two of the most sought-after records in Big Green sports and defined the women’s basketball program for generations to come. Boudreaux—now president and CEO of Anthem, one of the nation’s largest providers of health insurance—led the women’s basketball team to three Ivy League championships. A 6-foot-2 center, she was such a dominant presence on court that she remains the program’s all-time leading scorer with 1,933 points (an average of 21.9 per game) and rebounder with 1,635 rebounds (an average of 18.4 per game). She was a four-time first-team All-Ivy selection, three-time Ivy League Player of the Year, and two-time Academic All-American. As a sophomore, she led the NCAA in rebounds. As a senior, she was named to the All-America third team.

And that tells only half the story of Boudreaux’s collegiate athletic career.

“Gail is a force of nature. She will out-work and out-hustle most people.”

On the track-and-field team, she won four consecutive Ivy League shot- put championships. During her senior year, in addition to being named an All-American, she won the Ivy crown for discus throw and medaled in the javelin. “Her coach said, on a lark, ‘Do you feel like throwing the javelin?’ ” recalls Boudreaux’s basketball teammate Corinne Heyes ’82. “Gail had no technique. She picked up the javelin, walked up to the line, and threw it like a football. Literally the first time she threw a javelin, she came in third.”

“Gail is a force of nature. She will out-work and out-hustle most people,” says former head women’s basketball coach Chris Wielgus. “But you don’t capture her essence if you think her accomplishments are statistical. It was her spirit, her determination—oh my god, is she determined. She sets a goal, and she’s not letting up until she gets there.”

At Dartmouth, a stress fracture benched Boudreaux during her freshman basketball season, but as a sophomore she guided the team to its first Ivy League championship win, beating Yale by 17 points. Boudreaux calls it the most memorable game of her career. The women were a depleted squad. Heyes, a point guard, had torn her ACL and MCL, and three teammates were struggling with knee problems. Only eight players suited up. “A complete and total team effort was needed,” Heyes says. “Gail got everyone involved. She was willing to take her game down a notch, because everyone had to bring their best.”

“As an athlete, I felt there was nothing we couldn’t do,” Boudreaux says. “You can have great skills and talent and still lose, especially in sports such as basketball that require people to play certain roles and subvert their own goals for the bigger goal. Despite what you want, you have to figure out how to put the parts together.”

Superstition doesn’t make a collegiate career like Boudreaux’s, but it doesn’t hurt. Every game, she wore the same socks and shoes and followed the same warm-up. “At one point, she decided that her boyfriend—now her husband, Terry—was bad luck,” Heyes recalls. “He was forbidden to come to any games. We were at Harvard, and he came in up in the rafters and was literally hiding behind a curtain or pillar. He stuck his head out, and somehow she saw him, and she stopped in the middle of running, pointed at him and screamed, ‘Out! Out! Get out!’ ”

These days, Boudreaux is a regular on the Forbes and Fortune lists of most powerful women in business. In January, the NCAA recognized her work stewarding Anthem through the Covid-19 pandemic, awarding her the Theodore Roosevelt Award, the highest honor it bestows on individuals. Though a heel injury in her late 30s curtailed her ability to compete, she practices on the half-court gym in her home in Indiana. She still holds more than 20 Big Green records.

“Gail and her team set the tone for Dartmouth women’s athletics,” Wielgus says. “They were able to sit at the table with the guys, not because of Title IX or protests, but because they went and did something not a lot of Dartmouth teams did: They won often, and they won big. She put us on the map.”

Abigail Jones is an award-winning journalist who lives in New York City. To learn how we selected and ranked Dartmouth’s greatest athletes, click here.