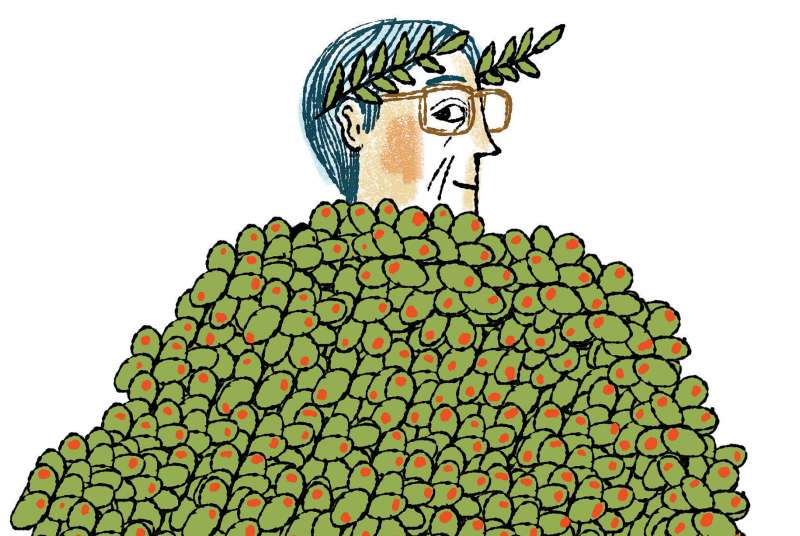 Fruit of His Labor

David Soren ’68 has worked in Italy’s Umbria region north of Rome for more than three decades. He has studied everything from malaria’s devastating effects on the Roman Empire to the architecture of ancient towns. His latest discovery, the largest Roman villa in Umbria, generated a wave of international interest. In appreciation, residents named a new Mission olive species after the University of Arizona anthropologist. The Soren Olive is being cultivated by farmers and is expected to be marketed internationally in the next two to four years. “It is a great honor because they think agriculturally in Umbria,” he says.

Soren is beloved because he’s cultivated connections and trust. “When we open up a school or an archaeological project, we involve local people from the ground up,” Soren says. “For example, our Italian coordinator started working with me when he was 6. We made a sandbox and buried objects in it for him to find. He grew up to become an archaeologist.”

Soren’s passions were also spurred early. The 1950s show What In the World? was a favorite when he was a child. “It was about a bunch of old archaeologists who were presented things they had never seen before, and they had to identify them. I was 6 or 7, and I loved that show,” he says. At Dartmouth he found a home in the classics department and visited Italy through a study-abroad program. “It awakened in me a desire to appreciate this incredible world around me and to help others appreciate it,” says Soren, who leads his university’s largest study-abroad program. “As you live and work in these small agricultural communities, the people are just incredibly wonderful. I keep doing it because I want to help them.”