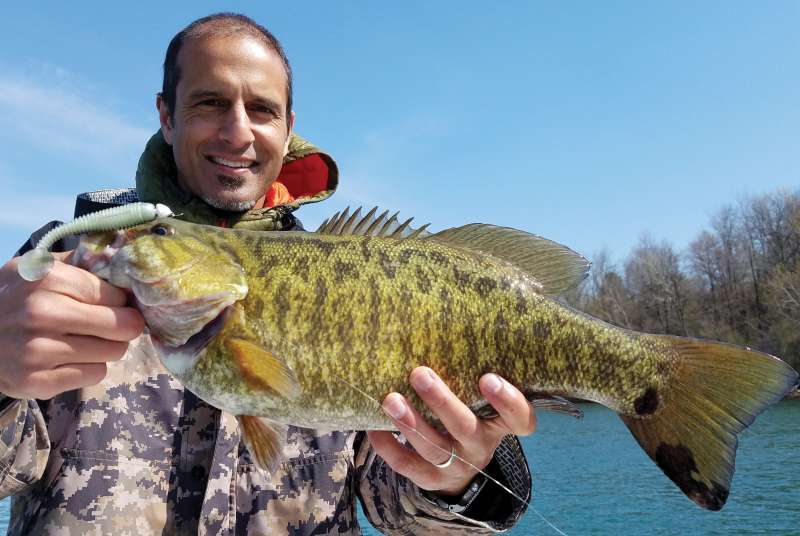 Photo by Mark Copley
Voices in the Wilderness

Most people think fishing is all lures and lakes—friends sitting on the bank of a river, bobbers floating aimlessly. “They think it’s luck, which everyone who really fishes knows isn’t true,” says Kumar, who runs BassBlaster, a twice-weekly email blast he started in 2012. Kumar grew up in a family steeped in higher education—his father taught biochemistry at Rutgers and his mother had a Ph.D. in education—but he came to Dartmouth with another goal: to fish. He changed his major sophomore year from premed to psychology when he realized his organic chemistry labs would cut into his fishing time. After stints in journalism, consulting and freelancing (Kumar published Dark Woods—a novel billed as “Jaws of the woods”—in 2004), he focused on his passion: bass fishing. He launched BassFan.com, a website dedicated to professional bass fishing, and created BassFan World Rankings. “It took 18 months before BassFan made any money,” says Kumar, who brought in funding from advertising and sponsorships. “I second-mortgaged my house to build the content management system and the front end.”

Timing was everything: Soon after Kumar launched BassFan.com, ESPN bought Bass Anglers Sportsman Society (which Kumar calls “the fishing organization—period”) and the media surrounding the sport took off. In the early 2000s the website grew into OutdoorsFan Media, then the world’s largest group of websites (five), covering competitive outdoor sports and encompassing a membership program, two tournaments and an annual magazine. Kumar sold the company in 2006. Today he runs consulting firm Sasquatch Media and BassBlaster, an often-humorous sendup of recent tournaments, tips and headlines such as “Mega Melons of the Week!” And although the self-proclaimed “fish head” plumbs the depths of the water around his New Jersey home, a perk of the job is the opportunity to fish around the country. “I’ve been spoiled—I get to go to the places where they have really big bass,” he says. “My favorite fishing spots are in Florida and Texas and the Great Lakes.”