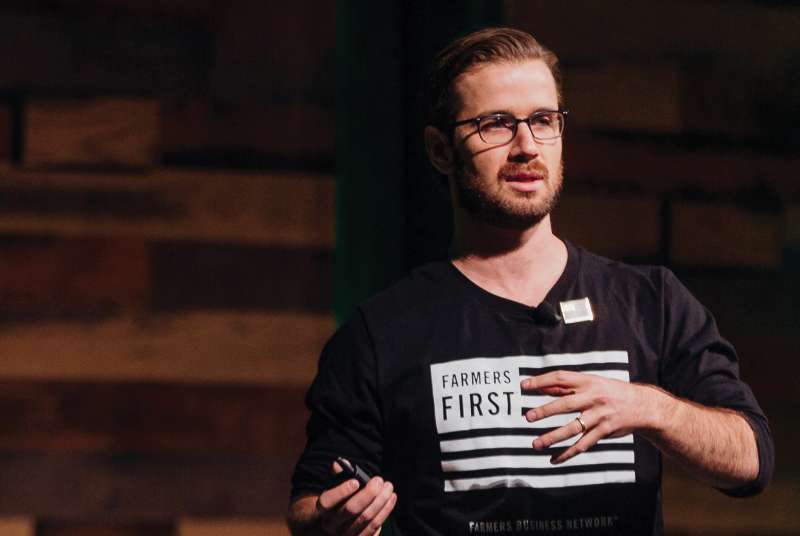 Baron is a cofounder of Farmers Business Network (FBN), one of the fastest growing companies in one of the most cutting-edge fields in Silicon Valley: “agtech.” His entrance into agriculture, however, was more traditional. “I got in the old-fashioned way: I married into Nebraska,” says Baron, who met his future wife, Ashley, while at Dartmouth.

A few years after graduating with a history degree, Baron worked harvesting crops on his future brother-in-law’s farm in the Cornhusker State—and became fascinated by the challenges that face American farmers. “No other major industry of such fundamental importance to society as food is so completely dependent on small family businesses,” he says. “And few other small businesses are so much at the mercy of global factors beyond their control, from weather to Big Ag to global commodities markets.”

Baron now helps farmers level the playing field through big data. His technology platform enables members, who pay about $500 for an annual subscription, to share information and buy farm supplies online. It aggregates data from farmers so they can determine everything from the best seeds to plant to how much pesticides to use to when they should plant and harvest crops. As more big agriculture companies such as Bayer and Monsanto consolidate, Baron says, farmers need to network to stay competitive.

Clearly, farmers agree: In just two years FBN has grown to support more than 12 million acres of farmland—a combined acreage larger than Maryland—in more than 30 states. It’s not only caught the attention of farmers, but investors, including Google and Campbell’s Soup. But Baron says FBN is just scratching the surface. “We’ve grown incredibly quickly,” he says, “because the entire farm system needs to be reinvented.”