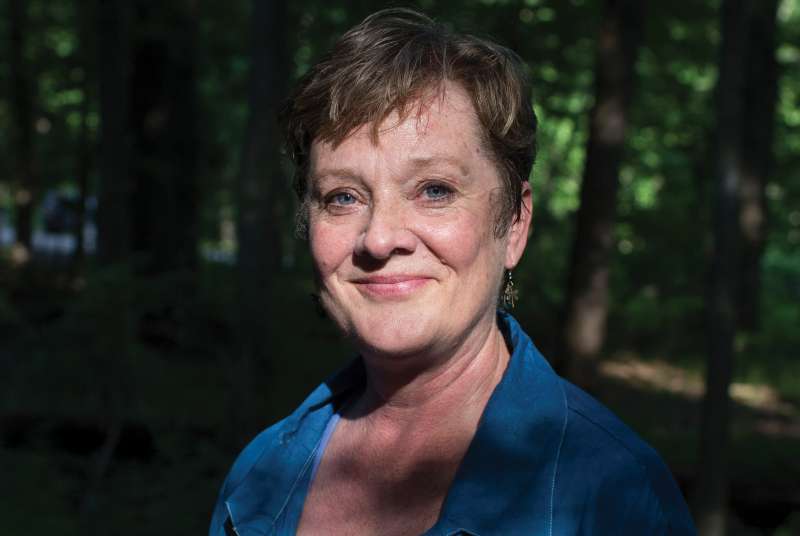 One day about five years ago, Ojibway was hiking near her New Jersey home when a tree’s hollow caught her eye. Growing up in Minnesota with 10 siblings, Ojibway had left tiny notes and bits of food in nooks for fairies and delighted in stories about “little houses, little things, little people,” she says.

“Back in the deep recesses of my memory were these memories of fairy houses,” Ojibway says. “So when I saw this, I started thinking, ‘If someone lived out here in the woods, what sort of things would they have?’ ”

Ojibway had been exploring the South Mountain Reservation for two decades, since her son, Clinton, was 3 and newly diagnosed with autism. On her travels around the state as a provider of early intervention services to children with autism, Ojibway began collecting bits of organic material she fashioned into delicate fairy furniture and homes—fan-shaped fungi for couch cushions, a few twigs glued into a tiny ladder.

“What the fairy trail does is bring kids back to nature. It gives them the chance to be hands-on and imaginative.”

With Clinton, now 26 and an avid hiker, as Ojibway’s trail assistant, the houses proliferated. Soon, the “South Mountain Fairy Trail,” as Ojibway dubbed it on the anonymous Facebook page she created, was attracting attention from locals and then fromThe New York Times and other publications [view a slideshow of the Fairy Trail on the Times’ website]. Publicity stoked more interest. Fairy tourists now mob the trail, with many children wearing fairy wings and contributing their own homes.

At the trailhead Ojibway has fashioned a welcome station with a tiny, fairy-sized bench and a sign reminding builders to keep materials all-natural: “Fairies Like: Acorns, pine cones, shells, flowers and pretty stones. Not plastic.” It is written with a wood burning tool, she says, “so it looks like it was done by the fairies.”