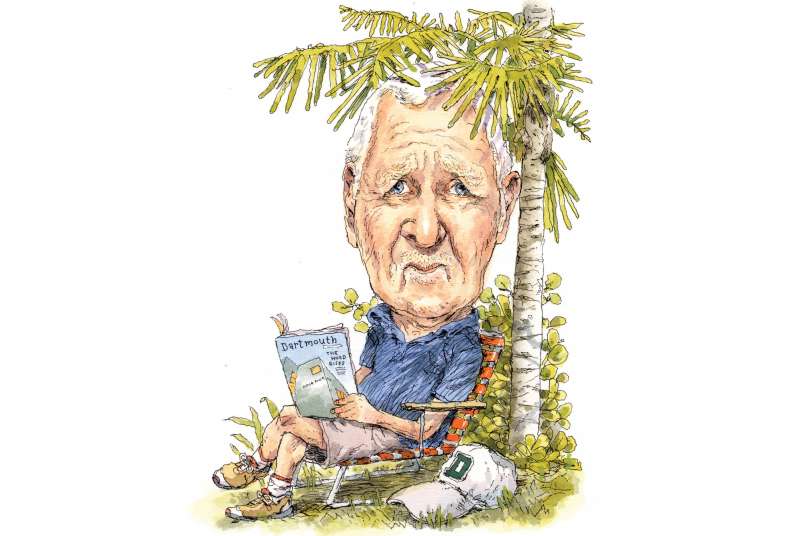 Notable: Attracted national media attention when he was removed as editor of Dartmouth Alumni Magazine by President David McLaughlin ’54, Tu’55

“As editor of DAM, my mission was to make the magazine readable and tell the truth.”

“When I think back to those days at the magazine, I remember the parties we had, including beer and darts on Fridays. We even had the occasional, literal dogfight. A lot of people brought their dogs to the office.”

“The constant parade of students coming in and out of our office was a delight. Even when some students affiliated with The Review jackbooted their way in and starting pawing through the mail and other papers, that was part of the flavor.”

“I’m proud of running the disparate views of professor Jeffrey Hart ’51, arch druid, and professor Jonathan Mirsky, arch agitator. I’m proud of having run an excerpt of A River Runs Through It by Norman Maclean ’24 before the book was published—even though it had nothing to do with the College—and something as different as a piece by Erich Segal [‘Harvard Myths About Dartmouth,’ September 1976].”

“Getting faculty and students in front of alumni is important—even dissidents who obscure the administrative voice. There will always be complaints from alumni about liberal professors, but in my day alums would have been shocked to know how conservative many Dartmouth faculty members were.”

“Publishing 10 and then nine times a year didn’t give us much time to do serious planning.”

“We could have done a better job covering finances when the College was broke during the oil crisis. Having Dero Saunders ’35, the executive editor of Forbes, cover the College’s investment strategies was seen by administrators as an inflammatory idea—and Dero was part of the in-crowd. When the story came out, it was pretty positive. I don’t recall any reaction from the administration.”

“When I was at DAM I thought the College, with its unwillingness to be transparent, often treated its alums as infants while treating students as adults.”

“I regret most not running the story we should have, about a contraception clinic organized by students that administrators didn’t think we should cover—a far cry from today. When the writer, Rob Eshman ’82, got it into a different campus publication after we at DAM bowed to pressure, that caused the final break with McLaughlin, who offered me probation, presumably on the way to firing me. He thought we were trying to end-run him. I’d already decided to quit if told what I could or couldn’t run.”

“Our view of the College was slightly irreverent. We certainly didn’t see ourselves as cheerleaders.”