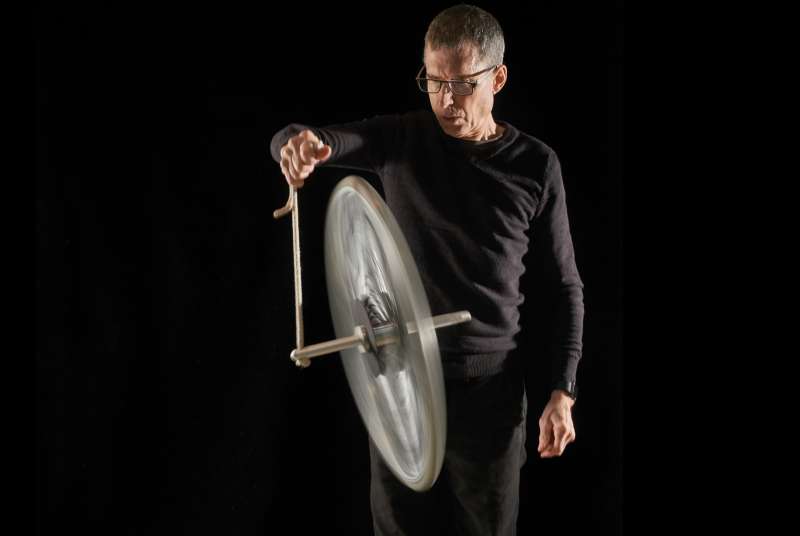 A Body in Motion

For more than four decades, Ralph Gibson, Adv’73, has been the energetic nucleus of the physics department.
George M. Spencer | May - Jun 2018

Ralph Gibson came to Dartmouth, he says, “on a whim” as a physics grad student. He planned to someday teach high school science.

Instead, for the past 45 years he’s been an elemental force in the department as manager of lecture demonstrations. Gibson sets up classroom experiments for professors that involve often zany-looking props that demonstrate principles of motion, electromagnetism and waves.

Each morning, Gibson, 70, is typically the first person in Wilder Hall at 7, almost always attired in the same outfit—black shirt, beige pants and athletic shoes. “You might think that what I do gets old, but I love it,” he says. Although he and his wife of 48 years have no children, it’s fair to say he’s been a father figure to hundreds of aspiring scientists. “Dartmouth at its best is students’ lives being transformed by what they learn,” he says.

“He is a luminous human being,” says Nina Maksimova ’15, who had a study desk in Gibson’s office for four years. “He’s sunny, happy, loving and warm—one of the kindest people I’ve ever met—the invincible summer of the department. Everybody adores him.”

“He holds our lab together,” says physics professor Kristina Lynch, for whom Gibson works part-time. “He’s a technical mentor for students who trains them how to solder and build things. I think of him as the den mother for the department.”

Gibson, who for years had a sign on his door that read: “Professor of Happiness,” has no plans to let inertia slow him down. “The idea of retiring is not appealing,” he says. “I do what I really love doing.”