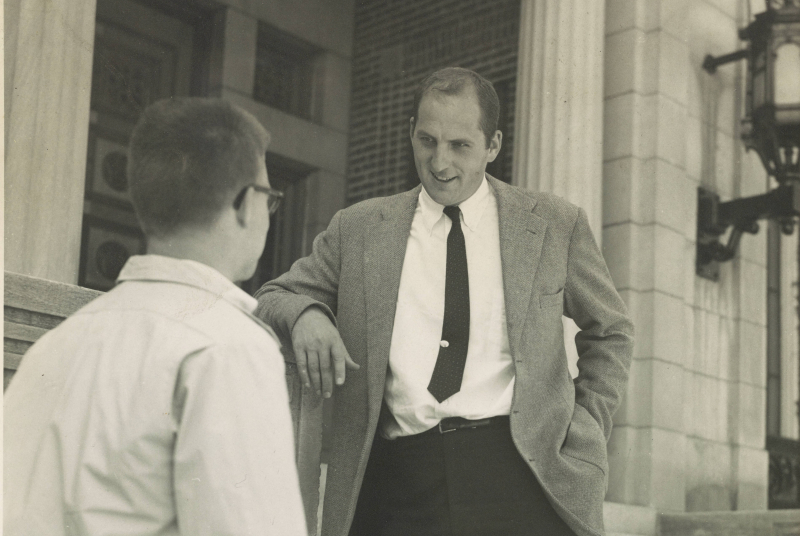 One of the College’s most inimitable lords of discipline died in Florida last fall. Thaddeus Seymour attended Princeton before making his mark at Dartmouth as an English professor, dean, and rowing coach from 1954 to 1969. He later served as president of Wabash College in Indiana and Rollins College in Florida before retiring in 1990. Two of his five children and two of his grandchildren attended Dartmouth. 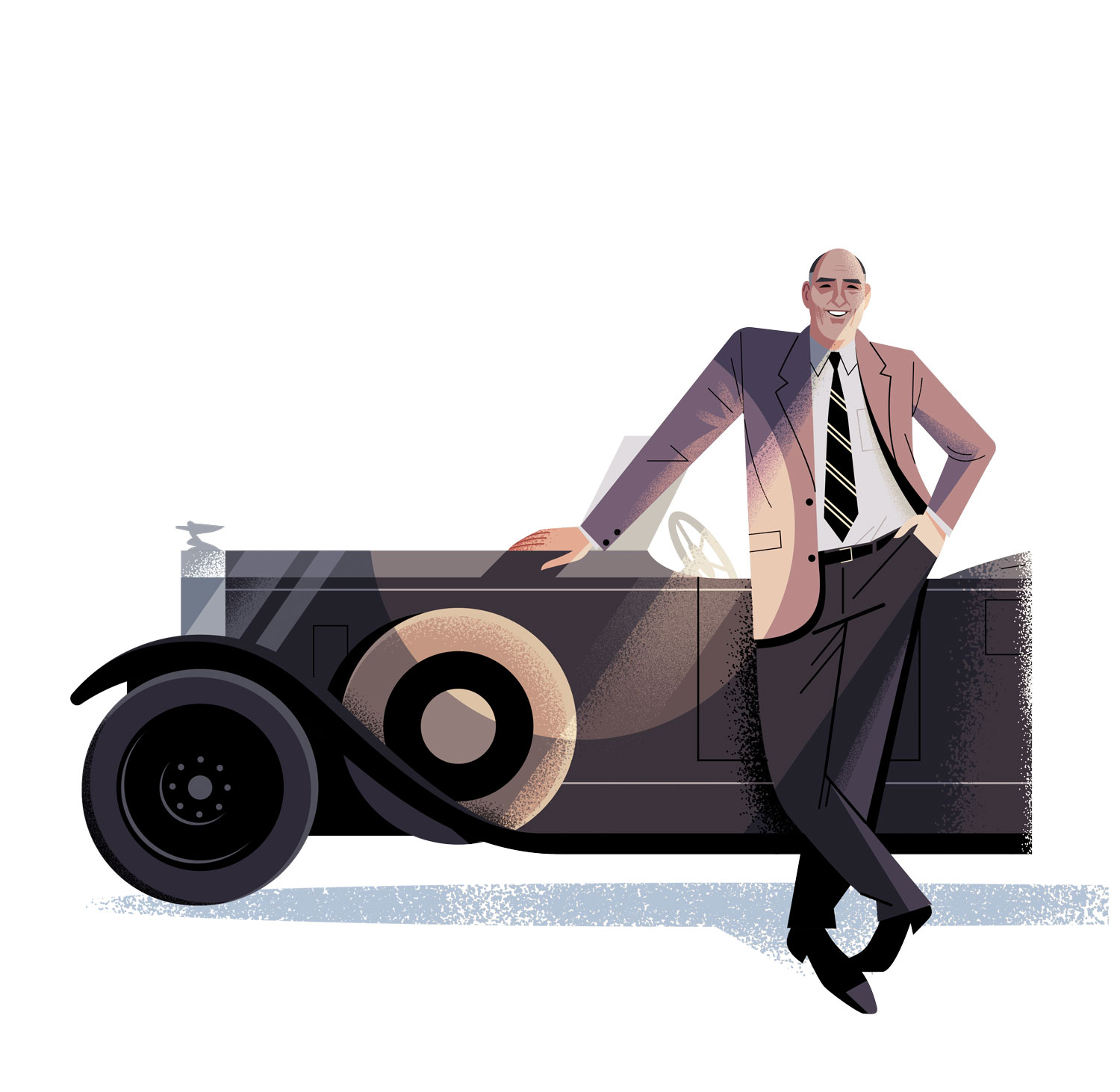 Dad Thad lived across from the Choate Road dorms. That made him de facto dorm father of Brown Hall. When it was time to bring an end to a water fight or other hooliganism, he would ring our first-floor pay phone. We would pick up, knowing who it would be, and hear his fatherly voice inform us once again to cool down and clean up. This happened many, many times. I had the feeling that he filled this role over and above his official responsibilities, as a great dean would, simply because he chanced to live right next door.
—Greg McGregor ’66

[I remember] his well-known parading around campus on football weekends in his antique car, a Packard, I think, with way too many people hanging off.
—Dick Jones ’68

In the spring of my senior year I was worried about failing one course, which I thought might impact my ability to graduate on time. I brought this up with Thad, and he said that when a student gets this close to graduation, he has just about six feet to go, and all you have to do is fall forward. I did pass the course, but his words were reassuring.
—Paul Smith ’68

It was early in our freshman year that we were all invited to a hors d’oeuvres party at some fancy location. It didn’t take me long to angle my way up to a table set with some of the best-looking hors d’oeuvres I had ever seen. Like all good freshmen I had subsisted on Thayer food, so it seemed I had died and gone to culinary heaven. After wolfing down as many items as I could reasonably digest at one time, it occurred to me that it was a crying shame that some of the remaining morsels would be discarded at the end of the evening. Just as I was putting a handful into my sports coat pocket, I looked up and there across the table was Dean Thad, observing everything I was doing. It flashed through my mind that my short-lived
career at Dartmouth may have ended or that I would end up on double-secret probation. But at that same moment, despite the terror that gripped me, I observed a saving grace—Dean Thad was stuffing his pockets, too! We both grinned at each other and went about our separate ways. Without a word said between us, we knew that one of those bonds that make the Dartmouth experience so special had just been formed.
—Jim Hale ’62

Thad was bigger than life to each and yet he was humble, friendly, never threatening, and someone who always remembered that in addition to job No. 1—learning—job No. 2 was to find some fun doing job No. 1. What I have found even more remarkable is that this giant person of so much authority and stature was only 34 years old when we were freshmen. A mere kid by today’s standards!
—Rick Reiss ’66

“He always remembered that in addition to job No. 1—learning—job No. 2 was to find some fun doing job No. 1.”

Freshman year in the fall witnessed the infamous food fight in Thayer Hall, remembered in Animal House. I had given my meal ticket to an upperclassman since I was going out of town. The penalty for being at the scene of the crime—as determined by used meal tickets—was something like $25 per student. I protested to Dean Thad, saying, “But, sir, I wasn’t even in Hanover then.” Thad replied, “Your meal ticket was and that’s good enough.” And that was that. Thad was wise to make no exceptions.
—Jim Morse ’62

My wife, Jean, and I named our second son after Thad Seymour. Were it not for Dean Thad, I probably would not have graduated from Dartmouth. His understanding and guidance led me to take some time off to work on Wall Street, rebuild my education fund, and take some useful evening courses for Dartmouth credit.
—John Beckert ’61 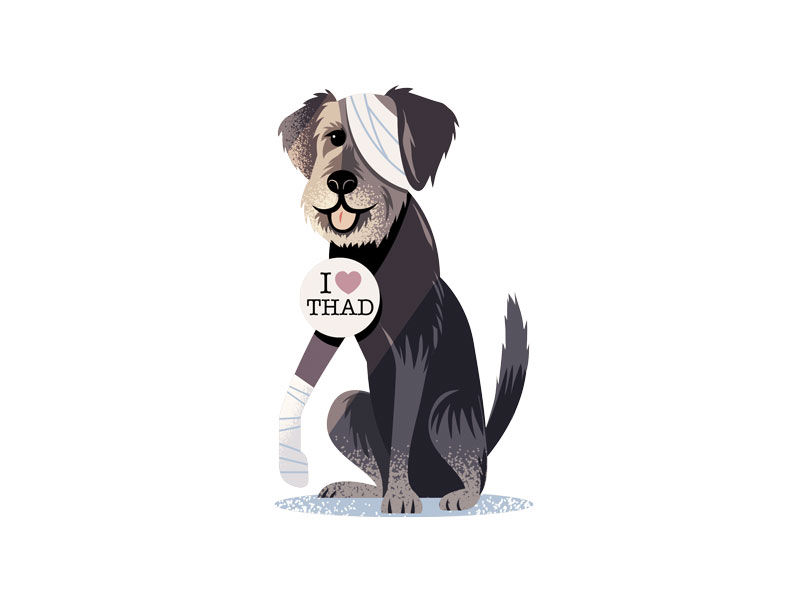 Someone turned me in for having a dog in my dorm. Thad called me in. I explained that my dog, Noche, had been run over and I was nursing him back to health. Thad immediately asked if I needed any help, financial or otherwise, caring for the dog. He gave me some sort of temporary dispensation to keep Noche in the dorm while he healed. Noche eventually became the mascot for Tri Kap. I could not believe anyone would be that kind.
—Phil Freedman ’68

He was a wonderful optimist, full of fun, larger than life, and, most important, always kind. He made you feel that you belonged to that wonderful thing, the Dartmouth family, a boon to every awkward adolescent who wasn’t quite sure it was true.
—John Isaacson ’68

Instead of punishing us for our annual snowball fight, Dean Thad was on the front line helping both sides carry on the fight. As I recall, he had a pretty good arm!
—Tom Brady ’66

You can find more stories about Thad Seymour on various class websites.