A selection of must reads about Dartmouth alumni making news around the world. 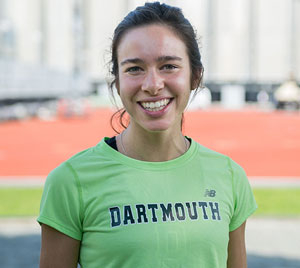 It’s been four years since NCAA champion Abbey D’Agostino, now Abbey Cooper, gained international acclaim for helping a fellow runner during a 5000-meter track race at the Rio Olympics. In an NBC Sports feature, both she and the other runner, New Zealand’s Nikki Hamblin, talked about how their careers have stalled and progressed since then.

In early 2017, Cooper returned to training six months after her post-Olympic surgery. But she didn’t race on the track until June 1, 2019, and was 14th in her comeback national championships that July.

In those years, she suffered hamstring, Achilles and foot problems, some related to her body recalibrating from the knee reconstruction. She is doing everything in her power to qualify for the Tokyo Games in 2021. She never seriously considered quitting.

“In times of distress, certainly the thought has crossed my mind,” Cooper said. “When I’m battling something for months, and then ultimately have to make the decision that I can’t race and shut down the season, which I’ve had to do a few times. That is heartbreaking.”