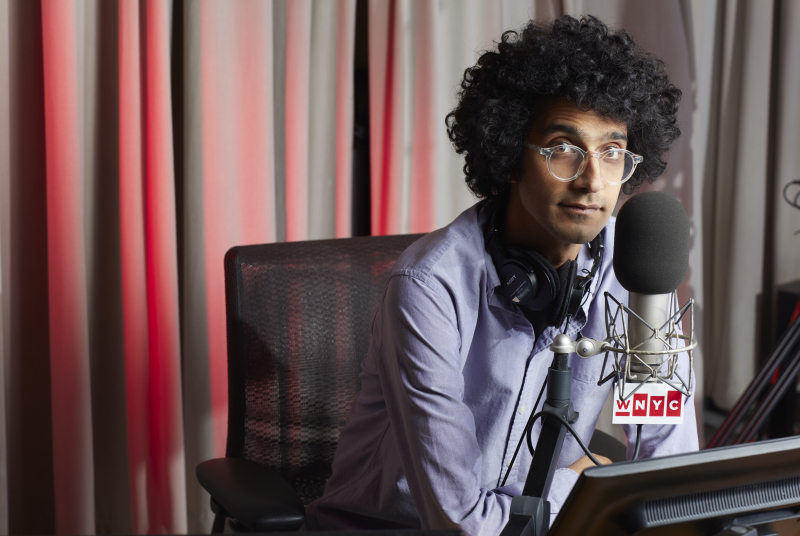 What’s In a Name?

Podcaster Latif Nasser ’08 embarks on a quest to find a prisoner held in Guantanamo Bay—and himself.
Lisa Kocian ’94 | May-June 2020

In 2006, while on a Dartmouth foreign study program, Latif Nasser walked the streets of Fez, Morocco, asking inhabitants what it meant to be Muslim. Little did he know that 12 years later he would return to the country to ask slightly different, and much more urgent, questions about identity.

On his second trip, in 2018, this time to Casablanca, Nasser wasn’t a student but a journalist, investigating the background of a man he couldn’t stop wondering about. The story has now culminated in a six-episode Radiolab podcast about the mystery man, a Guantanamo detainee named Abdul Latif Nasir. In The Other Latif, Nasser explores Nasir’s true identity.

The resemblance to his own name had both startled and intrigued Nasser three years earlier, when he stumbled across a tweet from a nonprofit law firm advocating for Nasir’s release. Until then, Nasser had thought his name was one of a kind. “At first I thought—this sounds crazy—I thought they were talking about me,” Nasser says in the first episode of the podcast. He started googling and making phone calls. Who is this other Latif? Nasser’s research uncovered a disturbing picture of a terrorist accused of being a military advisor to Osama bin Laden.

But is that the real story? “That is a question I have been obsessing with,” Nasser tells DAM. “What, if anything, did this guy do? And is it proportional to what we’ve done to him?” Nasser’s answers to those questions, which he sets out in his podcast, are nuanced and develop through an edge-of-your seat narrative.

Nasir was unanimously cleared for release in 2016 by a panel of civil servants. But he is still waiting to go home to Morocco. Nasser wants listeners to draw their own conclusions.

“The decision to transfer a detainee from GTMO is made only after detailed, specific conversations with the receiving country about the potential threat a detainee may pose after transfer,” says Cmdr. Candice Tresch of the U.S. Department of Defense. “The receiving country will take measures in order to sufficiently mitigate that threat, to ensure humane treatment, and to prevent the detainee from re-engaging in terrorism. If we do not receive adequate assurances, the transfer does not occur. In addition to finding an appropriate host nation, the detainee must accept transfer.”

As a senior fellow at Dartmouth, Nasser didn’t have to declare a major, which gave him the freedom to explore his many interests, but it was the program in Morocco that, he says, made the deepest impression. “It was one of the most profound experiences I had in my life. It was so formative,” says Nasser, who grew up in a suburb of Toronto. “I was really grappling with what does it mean to be Muslim? What is this group? Do I want to be a part of it?” Nasser considered Islam an important part of his childhood, but he was struggling with who he wanted to be. “It was sort of like rejiggering my sense of self.”

After Dartmouth Nasser earned a Ph.D. in the history of science from Harvard in 2014. From there he landed at Radiolab, a Peabody Award-winning public radio show and podcast that allows him to weave his motley interests together.

Since he started, podcasts have exploded and, he says, become increasingly niche. (True crime, anyone?) But Nasser loves that Radiolab, because it was a radio show first, isn’t pigeonholed. “One week we can be talking about figure skating, the next about eels’ reproductive organs, the next about Guantanamo Bay,” says Nasser.

Podcasts share the same elements of storytelling Nasser has come to know and love through writing: “You always want plot, character, emotions, big questions, dramatic twists—the stuff I learned about at Dartmouth back in playwriting class.”

But podcasts do come with their own challenges, and The Other Latif was restricted by the absence of its subject. Spoiler alert: Nasser’s request to interview Nasir is rejected, but he travels to Guantanamo, where he views prisoners anonymously.

“It feels like you’re at the zoo and you’re looking for your favorite animal,” says Nasser. “I went from cell block to cell block looking for him. I’m pretty sure I saw him. He was sitting on a chair, he had headphones on. I just wanted to yell out his name, also my name. I couldn’t. I wasn’t allowed.”

The parallels go well beyond their names. Nasir dreamed of an education, and Nasser wonders what might have happened to his namesake if he had the same opportunities Nasser did.

“This is the stepping stone to Latif taking off on Radiolab,” says Suzie Lechtenberg, executive producer of Radiolab, where Nasser is director of research. His next podcast project profiles an anesthesiologist who moonlights as a professional wrestler. “Latif is the most insatiably curious person I’ve ever met,” says Lechtenberg. “He was meant to be a reporter, and people just open up to him. He glows with energy.”

In addition to his Radiolab work, Nasser has written for The Boston Globe and The New Yorker and The Atlantic websites. He has also delivered two TED talks.

Nasser is married to Carly Mensch ’05, a playwright, television writer, and cocreator of Glow, the Netflix series. The couple live in Los Angeles with their 2 1/2-year-old son, Fivel Nasser, whose name represents both of their heritages. Nasser covers the Muslim side, Fivel reflects her Jewish side. “Latif’s family is originally from Tanzania and India. Mine is from Russia and Poland,” says Mensch. “We looked Fivel up and it means ‘bright one,’ which we loved.”

And how did Latif Nasser end up with his own name? His parents settled on Latif because it represents “laughter and hope and making a difference in the world,” says his mother, Tazim.