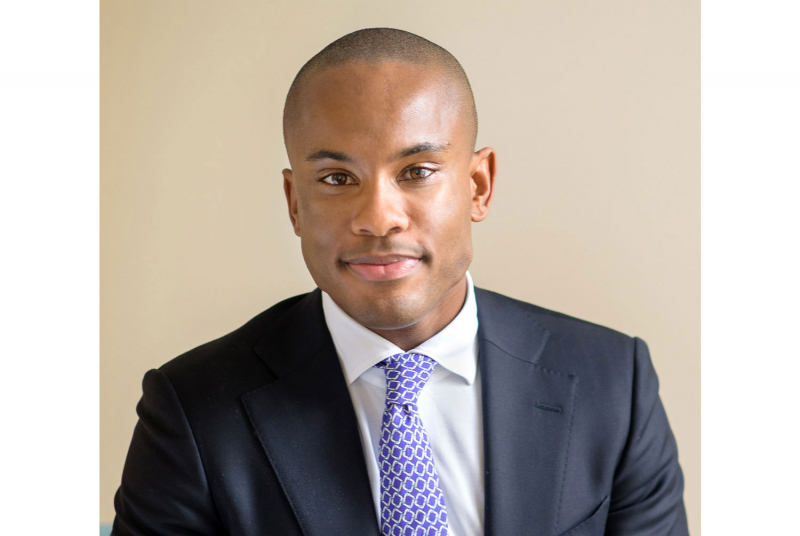 OCTOBER 8—“So I’m going to have to go in a second, when this Trump interview starts,” Jamal Brown says during a Zoom conversation in early October. “Because I have to watch Donald Trump on Sean Hannity.”

With the general election less than a month away, Brown is perpetually on call. He is one of three national press secretaries for former Vice President Joe Biden’s presidential campaign, which means that Brown’s work is tethered to the whiplash-inducing vicissitudes of the 24-hour news cycle. Given that the campaign’s opponent is a president with a habit of late-night tweeting and a penchant for making incendiary comments to the press, Brown hasn’t slept more than a few hours on any given night since he joined the Biden campaign back in April.

“We’re constantly online and plugged in,” Brown says, periodically checking and answering text messages as we talk. “We’re just typing all the time.”

Press secretaries are crucial to the success of a political campaign: They are the conduit between the candidate and the media, the go-between tasked with shaping how their candidate appears in the public’s consciousness. A campaign press secretary is equal parts spokesperson, messaging strategist, policy wonk, and researcher.

It is a role that Brown has, in many ways, been preparing for since his time at Dartmouth, where he ran track, double-majored in government and women’s and gender studies, and, as a sophomore, started the school’s first official PRIDE celebration. “I just went into dean Pam Misener’s office and said, ‘We need to start PRIDE at Dartmouth,’” Brown says.

After graduation Brown went to work for GLBTQ Advocates and Defenders (GLAD) as a senior legal assistant doing public engagement and fundraising work. “I started to get my chops at that point,” Brown says.

He had a gift for public speaking and messaging, skills that caught the attention of his supervisors at the Obama-Biden White House when Brown worked in the U.S. Office of Management and Budget (OMB) starting in 2011. He says he was promoted so many times in such a short period that they had trouble processing all the paperwork. Brown finally settled into the role of press secretary for the OMB, where he spent 18 months speaking on behalf of the administration on policy issues ranging from cybersecurity to fiscal responsibility.

By the time Trump was elected president in 2016, Brown had spent six and a half years in the White House. “It was fantastic,” he says, “but normally people work at the White House for only a year and a half, maybe two years, just because of the lifestyle and the cycle of it. To endure, that is a lot.”

A former 400-meter runner on Dartmouth’s track team, Brown compares politics to running a race. “If you can just stay focused and keep the right stride, you’ll be good,” Brown says. “But it takes endurance—a lot of endurance.”

After leaving the White House in 2016, Brown felt exhausted. “I was done. Just mentally, and with the election of Donald Trump, it was a lot. I just needed to get out of Washington.” So he tried his hand at something different for a few months, but it wasn’t a good fit. “I absolutely hated consulting!”

Then the inquiries about returning to political work began to roll in. Was he interested in working on a campaign? “Honestly, what I told them,” Brown remembers, “is that the only candidate I’m interested in is Joe Biden. He’s the only person I would be inspired to work for. Because I believe in him. I worked in the Obama-Biden administration, so I know him. And when I look at the state of the country, he’s the type of leader we need right now.”

So here he is, more than a year later, on the front lines of the fight to get Biden elected president and deny Trump a second term—the front lines of what some have described as the most consequential election in U.S. history.

“It’s pretty much nonstop,” Brown says. “It’s been wild. There are no typical days.”

Because the country is still in the midst of a pandemic, this is hardly a typical campaign. Brown, who lives in Philadelphia, where the Biden campaign is headquartered, works remotely from his apartment and rarely sees any colleagues in person. He occasionally takes a break to walk around the block or go for an early-morning run.

“One of the reasons why this campaign is so volatile,” Brown says, before switching his full attention to Trump’s upcoming interview, “is because we have a leader who is making such rash decisions at the whim, by tweet, and by interviews on Fox News with preferred reporters.”

“There are so many crises at stake,” Brown adds. “You have a crisis of racial injustice, the pandemic, you have an economic crisis, you have a crisis of violence because of this president and his rhetoric. There’s so much that we’re combatting and addressing head on.” He pauses and takes a deep breath. “But what I’m focusing on right now is just the next 26 days.”

Joseph Babcock is a writer who teaches at the University of San Diego. He profiled writer Minh Le ’01 in the September/October 2020 issue of DAM.