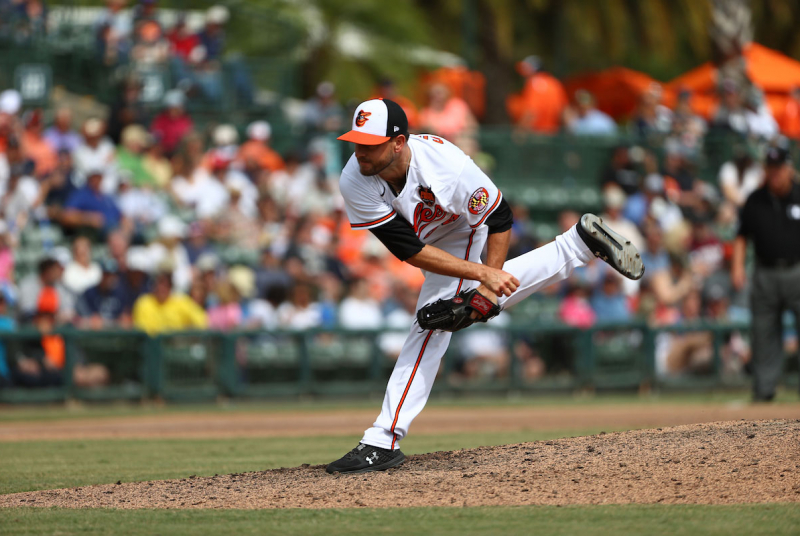 After seven seasons in the minors, Cole Sulser ’12, Th’13, emerges as the surprise closer for the Baltimore Orioles.
David Driver | September-October 2020

As he stood on the mound at Fenway Park in late July, Cole Sulser wasn’t exactly sure if he was called on just to finish the eighth inning or if he’d be needed as well for the ninth. With no outs and a runner on first and his Orioles clinging to a two-run lead, the right-handed reliever induced a double-play grounder off the bat of Jose Peraza. Next he retired Rafael Devers for the inning’s final out.

In a surprise move, Orioles manager Brandon Hyde sent Sulser back to the mound for the last of the ninth. He promptly registered three more outs—and earned his first major league save in his first game with the Orioles.

A native of Santa Ysabel, California, a town of about 800 in the mountains east of Los Angeles, Sulser made his major league debut last year as a late-season callup with the Tampa Bay Rays. Sulser, who turned 30 in March, made it to “The Show” after pitching in more than 200 games in the minor leagues with Cleveland, the team that drafted him in 2013—in the 25th round.

“There’s no better feeling than helping your team win in the big moments,” Sulser says of his first save, even though it comes for a team that lost 108 games last season. “In a normal year I would’ve had people there. I got a lot of text messages from friends who were watching. I was aware it was my first save. After we got the last out, I got the baseball to keep as a souvenir.”

“There’s no better feeling than helping your team win in the big moments.”

The pandemic kept fans away, including Sulser’s Dartmouth coach. “I would’ve been at Fenway if I could’ve gotten in,” says Bob Whalen.

Another friend watching was Sulser’s College teammate Michael Johnson ’13, who watched on TV from his home near Boston. “He has faced challenges,” Johnson says. “He has had Tommy John surgery twice. I know he has worked his tail off.” Johnson pitched in the Dodgers’ minor-league system from 2013 to 2018.

After pitching in seven games last season with the Rays and allowing no runs, Sulser was picked up on waivers by the Orioles. He recorded his fifth save for Baltimore in an August 15 win over Washington.

Coming out of his small southern California high school, Sulser had limited Division I options. “Academics was always something I valued. My mother is an elementary school principal,” he says. “Dartmouth was a perfect fit for me. Even without baseball, it is an amazing institution.”

Whalen learned about Sulser following the pitcher’s junior year of high school. “He pitched 101 innings in high school, a stunning amount,” says Whalen, who has coached baseball at Dartmouth since 1990. “I wanted to try and protect him. He would beg to throw every day.” Two things stood out about Sulser, according to his former coach: the ability to pitch to both sides of the plate and a penchant for getting hitters to swing through his fastball. 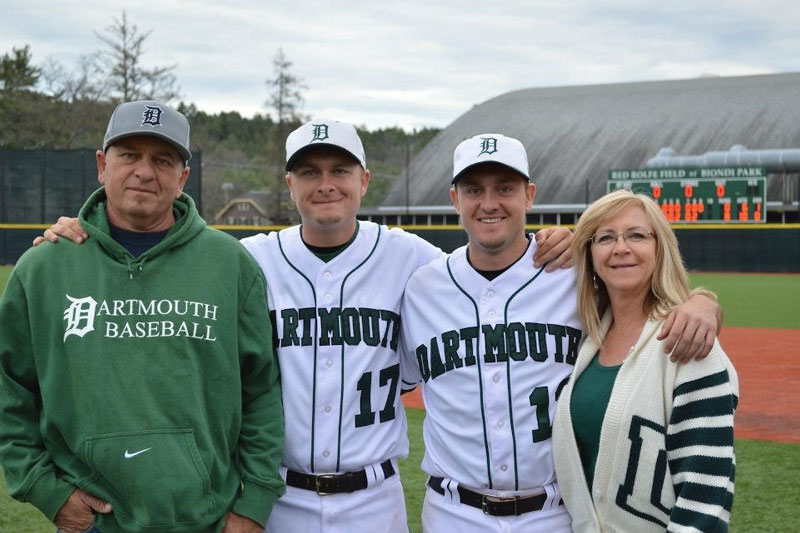 “It was great to be picked up by the Orioles and get a call from them. It is a validation that another team is interested in you,” says Sulser, (right, with brother Beau ’16 and their parents).

Sulser started eight games, finished 5-3, and had an ERA of 2.52 in nine appearances for the Big Green during his redshirt final season in 2013. After being drafted, he entered the decidedly unglamorous life of a minor leaguer—full of long bus rides and second-rate hotels.

“Several factors kept me going,” says Sulser. “One was my love for the sport of baseball [and knowing] it’s going to come to an end for all of us one day. Also, I felt secure with the education I got at Dartmouth. I could pursue baseball without jeopardizing everything in my future.” Sulser earned two degrees, one in public policy, the other in mechanical engineering.

When baseball shut down in March due to Covid-19, Susler and his brother, Beau ’16, who is a promising pitcher in the Pittsburgh Pirates system, trained in southern California. “He’s an amazing big brother and role model,” says Beau. The brothers also help younger players decide where to attend college through their own Sigma Sports Consulting.

Sulser is still paying off college loans but is buoyed by the annual major league minimum salary of about $563,000 (prorated this year because of the reduced schedule) after making just a few thousand dollars per month in the minors.

Now he is one of 30 closers in the majors.

“He’s a high-character kid,” Hyde said of Sulser in July. “I don’t know him very well, but I do know in our short time with him he’s a tough kid.”

David Driver has covered the Baltimore Orioles for more than 25 years. He has contributed to The Washington Post, The Washington Times, Associated Press, The Boston Globe and MLB.com.