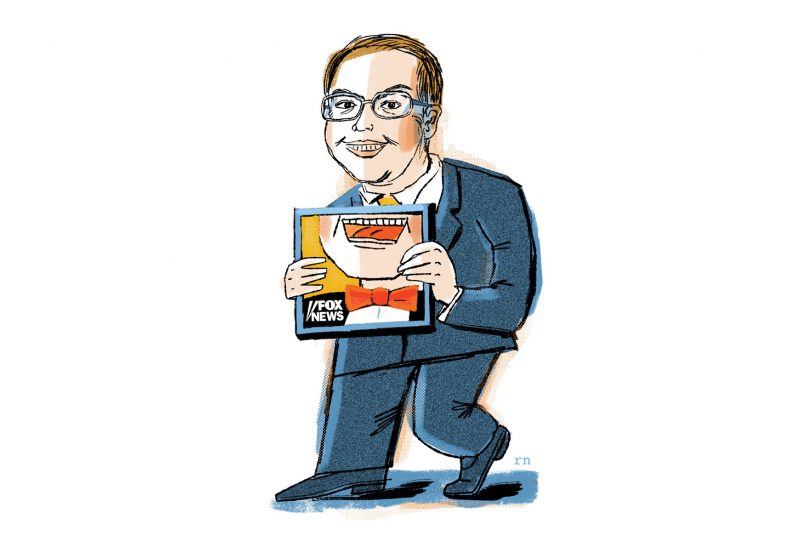 UPDATE: Following publication of this story, news broke on July 10 that Neff had posted racist, misogynistic, and homophobic comments on an online forum using a pseudonym. Neff has resigned from his job. The editors of Dartmouth Alumni Magazine condemn Neff’s reprehensible actions, which in no way reflect the views of the magazine. Neff’s employer issued this statement: “We want to make abundantly clear that Fox News Media strongly condemns this horrific...behavior. Neff’s abhorrent conduct was never divulged to the show until Friday, at which point we swiftly accepted his resignation.” DAM temporarily pulled this story from our website. We republish it here in its entirety with this update.

Neff has never applied to any job he's landed. His first job after graduation was at news website The Hill in Washington, D.C., and came from a fellowship with the Collegiate Network. From there he was connected to The Daily Caller, an online news publication co-owned by conservative TV personality Tucker Carlson. Neff was an education correspondent for the Caller, and his occasional satiric pieces caught Carlson’s eye, so he invited Neff to join Tucker Carlson Tonight shortly after it launched on Fox in November 2016. Neff has remained in the D.C. area and now lives in Arlington, Virginia, where he shares an apartment with a fellow Dartmouth Review alum.

Neff serves as Carlson’s writer. “Anything he’s reading off the teleprompter, the first draft was written by me,” says Neff. Initially he talked to Carlson every day about what to cover, but during the past three and a half years, “I’ve gotten used to what he likes and what he thinks about.” It helps that he and Carlson see eye to eye on most issues.

Neff enjoys his work environment, saying it’s friendly and relaxed. It’s also exciting to work on a show that influences the national conversation. “We’re very aware that we do have that power to sway the conversation, so we try to use it responsibly,” says the former history and government double major, citing the show’s early response to the coronavirus, as well as its coverage of recent conflicts with Syria and Iran, as examples. “Our show is controversial— that’s just objective—but I don’t believe that we're stoking conflict,” Neff says. “When people accuse us of that, they’re allowing actual firebrands to stir them up.”

Click here for a selection of reader feedback on this story.