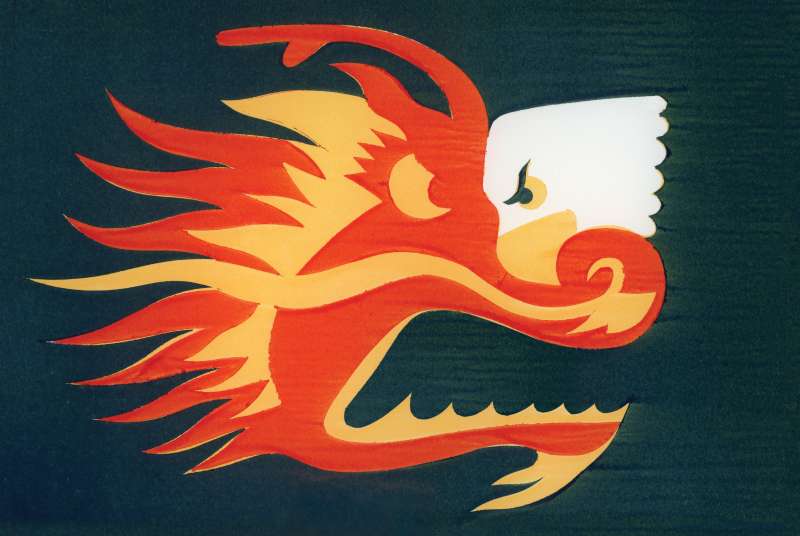 A great contest is underway—in the world and in the class “The Rise and Fall of Great Powers.” As China and the United States squabble over trade and tariffs, professor Jennifer Lind is asking her students to split into two teams. Their mission? To debate whether China will overtake America as the world’s pre-eminent power. Team Dragon will make China’s case. Team Panda will contend the United States will stay safely in the lead.

Nearly 2,500 years ago the Greek historian Thucydides observed that nations constantly battle for dominance, that rising powers try to overtake dominant ones. The history of the past 500 years shows that more often than not, this results in war. For example, Great Britain and France battled for control of the American frontier in the mid-1700s, Napoleon challenged other great European powers in the early 1800s, and the Japanese fought the Chinese and Russians for dominance of East Asia in the late 1800s and early 20th century.

In Lind’s government class, students analyze the conditions—economic, military, demographic, political, and cultural—that allow a country to dominate others. Then students apply their findings to China to determine whether it will surpass the United States.

All too often, says Lind, policymakers’ predictions about rising nations are based on prejudices or ad hoc reasoning, which leads to dangerous miscalculations. As an undergraduate at the University of California, Berkeley in the late 1980s, Lind initially focused on Japan. At the time, some observers feared it was well on its way to overtaking America. Scholars wrote dozens of books with ominous  titles such as The Enigma of Japanese Power and In the Shadow of the Rising Sun.

Lind says we are now living through a second rising-nation era. “It seems when these debates come, we experience them anew every time without learning anything from previous debates,” she says. “People tend to reason backwards from their preferred policy.”

For example, Jeffers Insley ’21 chose Team Panda because his classwork convinced him China won’t maintain its rate of economic growth. He thinks it will price itself out of the global market for cheap labor and stagnate. “But, obviously,” he says, “this may be influenced by the fact that I don’t want China to rise to power.”

What defines a dominant power? A country must have a well-educated population large enough to sustain a powerful economy and military, according to Lind. It must also develop technologically advanced industries that produce a high standard of living for its people in international trade. The final ingredient? “A country needs a national story of how and why it wants to become great,” says Lind.

China has such a narrative. Since China instituted capitalist reforms in the late 1970s, its leaders have promised prosperity to its people and instilled pride. Regaining national dignity strongly motivates China. British military and economic humiliation of China in the Opium Wars of the 1800s, along with Japan’s WW II invasion and its vast civilian atrocities, remain fresh in Chinese minds. When General Secretary Xi Jinping came to power in 2012, he spoke of “the great revival of the Chinese nation.” He invoked his country’s 5,000-year history and vowed  that by 2050 China would again be “fully developed, rich, and powerful.”

“The United States is going to have a very difficult time,” says professor Jennifer Lind.

“Okay, let’s have Pandas on this side and Dragons on the other,” says Lind, ready for the debate. Thirteen students join the Panda side, leaving the Dragons with only seven. “Wow, seriously?” says Lind. As a results, three students decide to defect to China’s side.

After a few minutes of deliberation, the two groups present their cases. Team Dragon’s leader lists recent Chinese achievements: It has built economic alliances across the world. The command structure of its armed forces has been streamlined, and Xi has more direct control over his military than any leader before him. China’s navy is creating artificial islands in the South China Sea that could allow it to control sea lanes and intimidate nearby nations. It has built its first overseas military base—in Djibouti, on the strategic Horn of Africa. Chinese technology has advanced enough that its military now relies less on foreign suppliers. The rejuvenation of Chinese nationalism has united its people and improved military morale and effectiveness. The list goes on.

“Okay, Team Panda,” says Lind, turning to the other side. “What’s your rebuttal?”

For a moment there’s silence and then embarrassed laughter: The Pandas have underestimated the strength of their opponents’ arguments and aren’t ready. They soon recover and contend China will be unable to sustain its growth rate. Widespread corruption undermines its military, which is stretched thin by its occupation of Tibet and domestic conflicts. The recent crash of its space station indicates China’s technical prowess is weaker than its propaganda claims. America has nothing to worry about.

Lind, however, thinks the United States should prepare to share dominance in a bipolar global power structure. “I expect China to continue to rise,” she says. “There may be some economic crises along the way, but when I look at how far the Chinese have already come and their awareness of what they need to do to keep growing, it makes me think they are quite capable.”

Lind, who is an advisor to the U.S. State Department and intelligence agencies, as well as an associate faculty member at Harvard’s Reischauer Institute of Japanese Studies, believes “the United States is going to have a very difficult time.” Nonetheless, she thinks the United States may stay ahead if it addresses its various problems. “We have favorable demographics, and our diplomatic and military resources look good,” she says. “Frankly, in the past couple of years, the biggest problem has been politics. We’re in this very toxic, polarizing moment.”

Yi Yuan ’20, a government major from the People’s Republic, hopes that by 2050 global poverty will be a thing of the past and the world will be a better place for everyone. A member of Team Dragon, he predicts his country will end up on top. “Naturally, I root for China,” he says.

The most amazing thing the course has taught him, he says, is how swiftly a dominant nation can lose its standing. “The British empire, the strongest the world ever experienced, faded in less than 30 years,” he says. 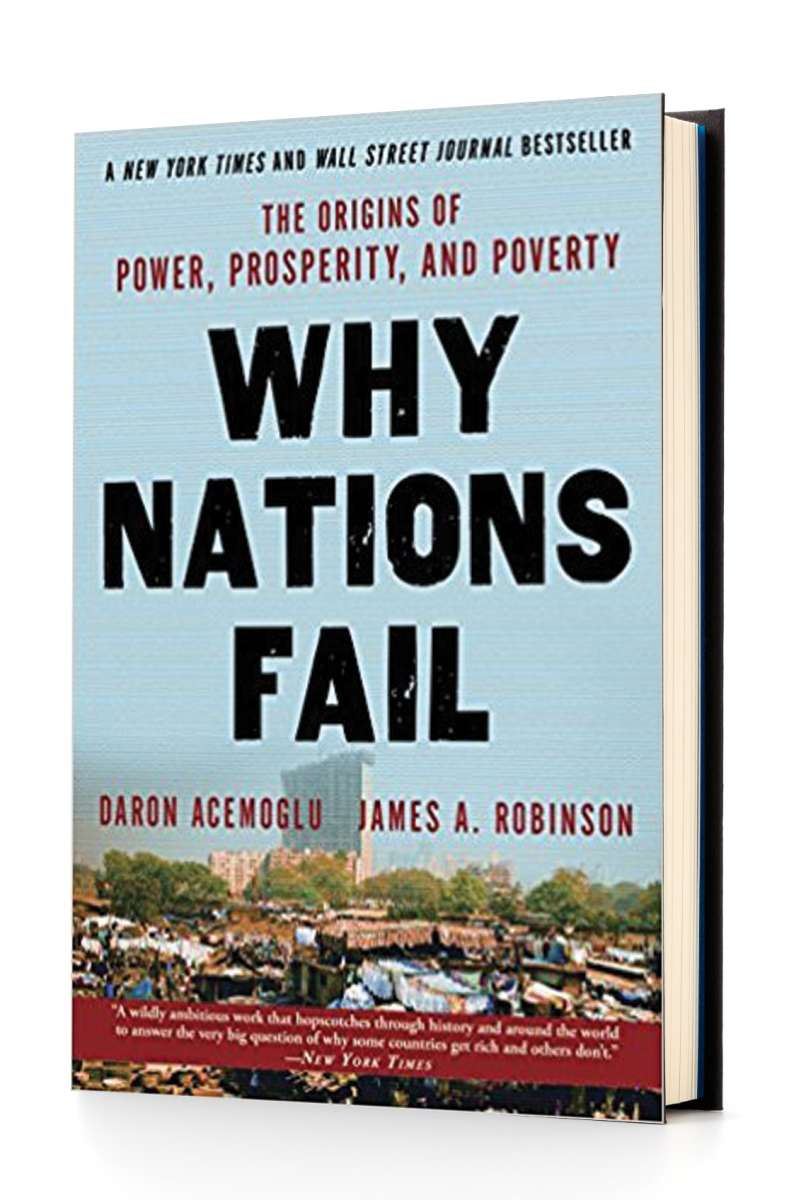 Why Nations Fail by Daron Acemoglu and James A. Robinson (Crown, 2012) 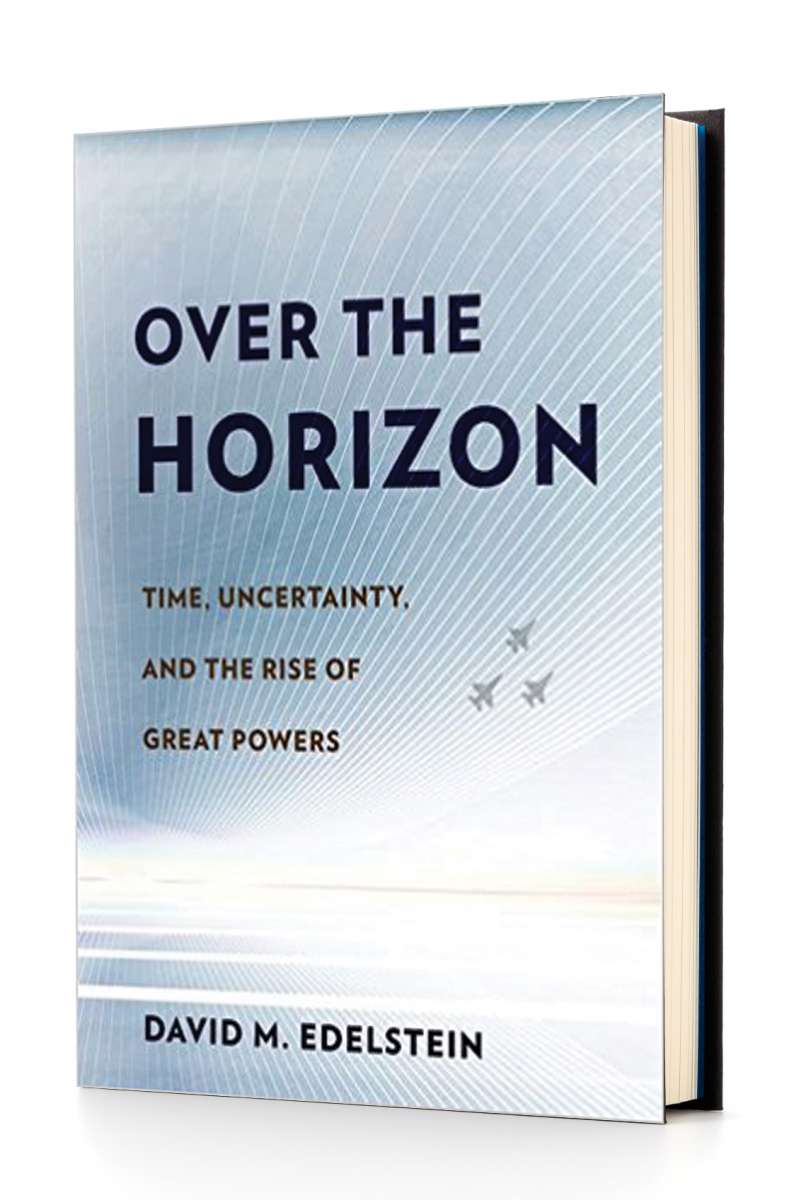 Over the Horizon by David M. Edelstein (Cornell, 2017) 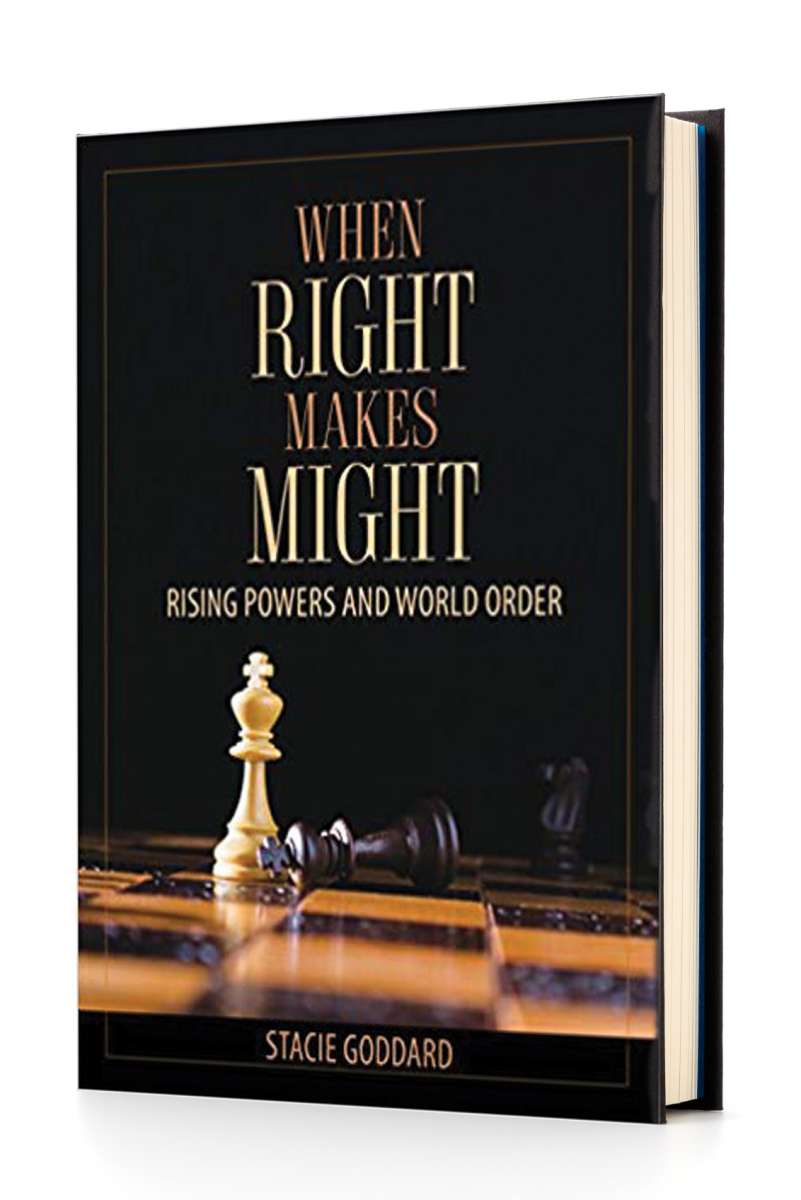 When Right Makes Might by Stacie Goddard (Cornell, forthcoming) 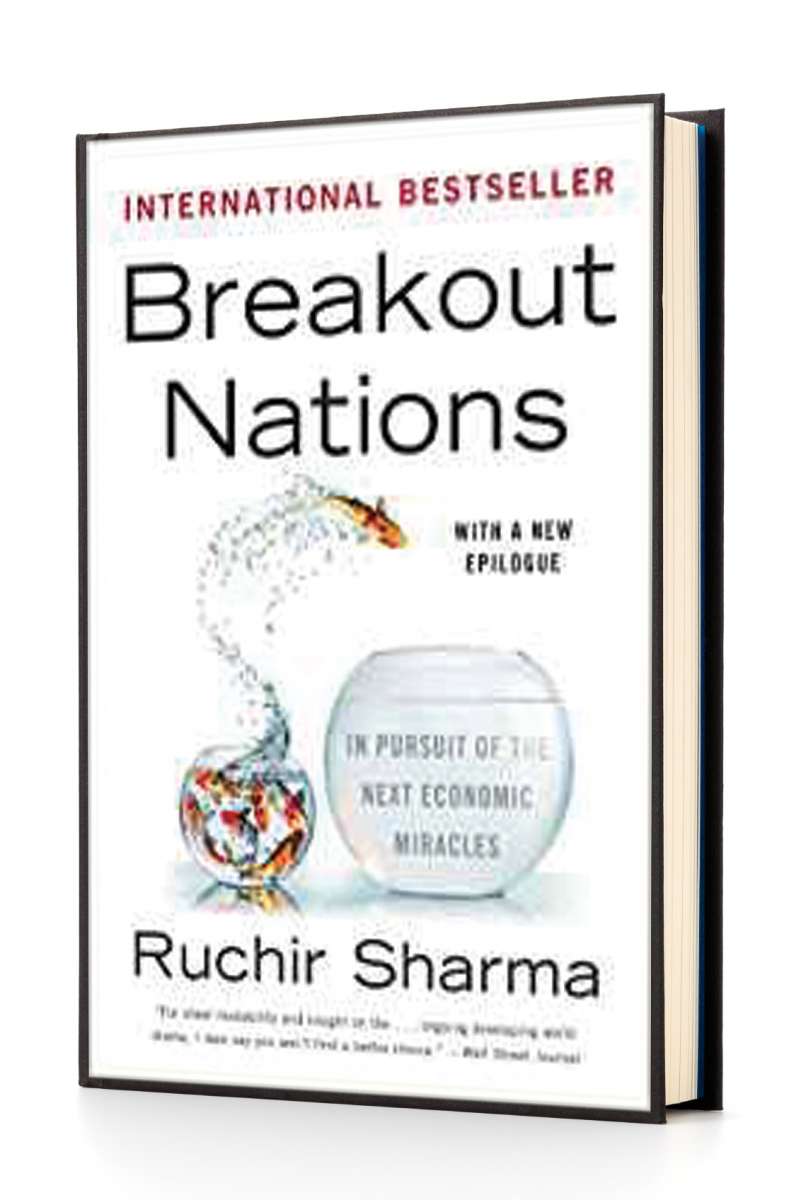