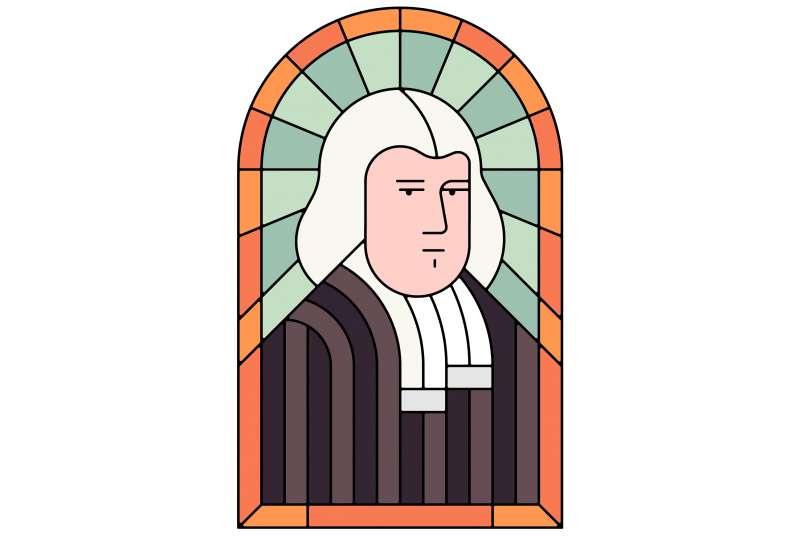 “Is Dartmouth a religion?” That’s the question posed by a special 250th anniversary class.
George M. Spencer | May - Jun 2019

Religion is about community and how societies organize and structure themselves,” says religion professor Susan Ackerman ’80, who majored in religion and has taught in the department for 29 years. “Every human community we know of throughout history has exhibited beliefs we would label religious. All religions are concerned with fundamental questions about how to interpret and organize our world, but all come up with different answers.”

In the freshman seminar class, students look at elements she says are common to all religions—founders, sacred spaces, rituals, and evolving philosophies—to see if these exist at Dartmouth.

“Even if you think you’re not religious, your life is infused with religion,” she says. “In this country we live according to a seven-day week determined by a biblical calendar, and we use money that says ‘In God We Trust.’ ”

Like Jesus, the Rev. Eleazar Wheelock went into the wilderness. Although he was not immaculately conceived, he is a legendary figure in a Dartmouth mythology that has many versions. Ackerman tells her class that early congregants saw him as a pious preacher with extraordinary charisma. Students later regarded him as a jovial partier who liked to lounge by a massive keg hoisting mugs of rum with Native Americans, as he is depicted in the Hovey murals.

“Wheelock obviously didn’t show up with 500 gallons of rum,” says Ackerman, who earned her master’s in theology and a Ph.D. in Near Eastern languages and civilizations at Harvard. “When people tell stories about founder figures, they tell them in a larger-than-life way. They tell the story of the founder they want, regardless of the historical reality.”

The class visited Rauner Library to examine Wheelock’s letters. Students also read about Jesus, Moses, and the Buddha and considered how their disciples told accounts of their lives to fit certain narratives. “I want students to think about how, through time, these stories took on legendary qualities,” says Ackerman.

Having a heroic founder isn’t enough to make an institution a religion, she notes, and on the first day of class she has students do something some of them find surprisingly difficult—define the term “religion.” Amanda McIntyre ’22 called it a belief in “a single god and a single text you abide by that informs your life.” She now realizes her definition was inadequate. “When I learned about Buddhism and Hinduism, I understood my definition doesn’t even fit other religions.”

Religions help people relate to the world they inhabit, Ackerman explains, partly by helping them organize their lives around sacred centers such as churches. Dartmouth’s sacred center, she says, is Baker Library. She believes it is no coincidence the library dominates campus. In the 1800s Rollins Chapel and Wilson Library framed the College’s main classroom buildings on Dartmouth Row, balancing the needs of the soul and the mind. But Ackerman says that as the College became less focused on its Christian mission, as witnessed by the end of mandatory chapel attendance in 1925, Baker’s central location reflected Dartmouth’s shift toward more secular values.

Religions also use rituals such as baptism, communion, and bar mitzvah to mark initiation into the group. Dartmouth’s bonfire serves the same function, according to Ackerman. Lucy Turnipseed ’22 felt disappointed her class was forbidden to run laps around it. “We were so sad that we only got to walk one lap,” she says. Safety concerns won over age-old tradition. At least that’s what many students and alumni believe.

“It’s so curious to me, because when I was an undergraduate there was no such thing as running around the bonfire,” says Ackerman, who notes that the annual ritual began in 1989. Students made the first bonfire in 1888 to celebrate a baseball victory. The student-led sports tradition continued, and in 1895 the College first recognized these blazing pyres as a way to “initiate freshmen into the community,” according to President William Jewett Tucker. Many traditions meant to convey unchanging timelessness change all the time, she says, just as narratives about religious founders shift to fit storytellers’ agendas.

Religions also adapt to cultural change. Just as Dartmouth admitted women to acknowledge their larger role in society, so too have Christian denominations in the United States had to come to terms with gender equality.

Frankie Carr ’22 now sees that religion can be everywhere, even in science. When a chemistry professor discussed Amedeo Avogadro, the discoverer of laws that govern behavior of gases, it occurred to Carr that Avogadro was chemistry’s mythological founder, just as Sir Isaac Newton is worshipped as the founder of physics. “Even when people think they are not religious, they follow religious patterns of behavior,” says Carr.

So, is Dartmouth a religion? If it is, Carr says he is a true believer.

After reading Wheelock’s letters in class, he says touching the originals in Rauner was like handling holy relics. “That trip to the library was almost a pilgrimage,” he says.