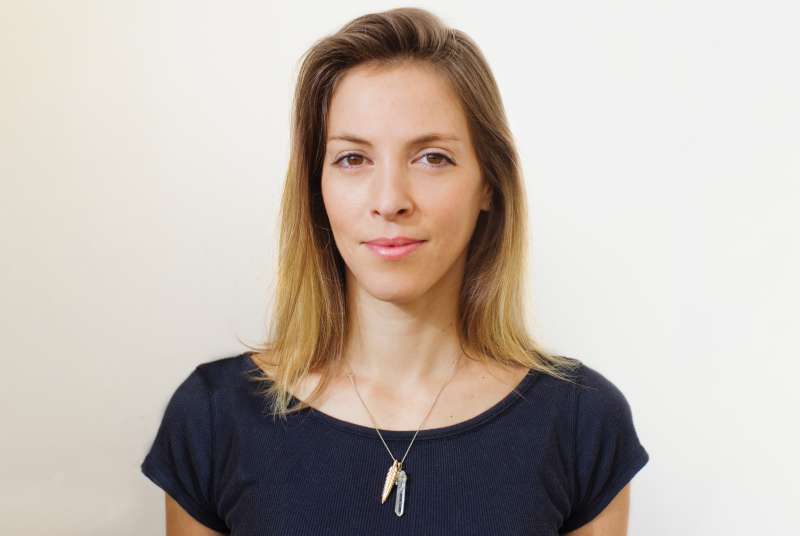 The Future of Money

When the global recession hit in 2008, Galia Benartzi was in Bologna, Italy, studying for her master’s in international relations and economics. She listened to great economic minds lecture about the crumbling global economy, but something wasn’t making sense.

“I felt disillusioned by how volatile the system seemed to be and at the same time how entrenched it was,” recalls Benartzi, 36, of her time in the Johns Hopkins School of Advanced International Studies program. “It was depressing to discover how overwhelmingly problematic the existing financial structure actually is. It creates a type of modern economic slavery. A system of great imbalance can lead to great oppression.”

This disheartening realization led Benartzi, a California native raised by Israeli immigrant parents, to become obsessed with money. Not so much with earning it, but understanding it—what it is, how it works, and how it’s issued. She believes the present system has led to growing income inequality across the globe that will get worse unless something is done to disrupt how governments and banks control the monetary system.

It dawned on her that ordinary people have no control over their currency. Elite bankers and government officials call the shots about how money is allocated and controlled. “Every time you send money, whether via PayPal, credit card, or bank account, you are moving money in closed banking systems, which charge fees and approve and store transactions,” she says.

“Bancor is the automated, open-source, not-for-profit liquidity network that will allow a multi-currency world to thrive,” says Benartzi.

Benartzi took a big step in 2016 to help build what she calls a more “free and fair economy of the future” when she cofounded Bancor, a nonprofit cryptocurrency conversion company, with her brother. In a tip of their hats to economist John Maynard Keynes, they named their company after a term he used to describe a future global reserve currency.

Bancor allows one cryptocurrency—“crypto” as it’s called—to be automatically converted into another without fees.

Cryptocurrencies are not issued by governments—at least not yet. They have no physical manifestation, no coins or bills. They exist only in peer-to-peer online transactions between buyers and sellers, and they bypass banks, thereby eliminating fees and transaction delays. The first digital currency, Bitcoin, was issued in 2009. Since then, thousands of digital currencies have been created. “It is the first-ever people’s money,” says Benartzi, who calls crypto the first step to eliminating the hold traditional intermediaries have on the financial system.

Before Bancor, exchanging cryptocurrency required matching a buyer and a seller to make a trade, which would then be verified by an Internet-based record-keeping technology called blockchain. With Bancor’s automated method, “assets are pre-deposited in smart contracts, allowing users to execute trades against a robotic network, even if no one else is buying or selling what you want,” says Benartzi. “Prices are constantly calculated to reflect supply and demand, and many human-related abuses such as price collusion, fake trades, counter-party risk are averted, thanks to the immutability of blockchain and automated nature of this liquidity network mechanism.”

The Tel Aviv, Israel-based Bancor has already processed more than $1.5 billion in transactions between 140 types of crypto. Not surprisingly, its initial coin offering, the industry’s equivalent of a stock market initial public offering, raised $153 million, the largest in history. Fittingly, the $153 million was not in U.S. dollars but in ether, a type of cryptocurrency.

In a business community known for iconoclastic personalities, Benartzi stands out. She grew up in Silicon Valley, where her father was an engineer. She came of age thinking about things in new ways and with an eye to improving them. “The mentality was you’re allowed to question everything around you, and you’re allowed to be bold. It was a place of invention,” she recalls.

Bancor is not the first cutting-edge company Benartzi and her brother, Guy, have founded. Two years after she graduated from Dartmouth with a degree in comparative literature, they started Mytopia, a cross-platform game developer in Palo Alto. After selling the company in 2010 for $48 million, they started Particle Code, a cross-platform development tool for mobile apps. Appcelerator purchased the company in 2011 for an undisclosed amount.

“With Galia, nothing is ever totally normal or in the box,” says Dan Scholnick ’00, one of Trinity’s general partners. “While she was with us she taught us how to recycle and compost.” Benartzi’s going-away party was held at a local park. “She started the event by leading a meditation session with the entire Trinity partnership sitting on the ground in a circle,” Scholnick recalls. “This wasn’t something we’d done as a group before. It was uncomfortable. It was funny, and it was awesome.”

Longtime friend and occasional mentor Naval Ravikant ’95 says Benartzi can slip into any circle with ease, “like a chameleon.” A kindred spirit, Ravikant is a serial entrepreneur whose AngelList website matches startups with venture capital investors. “Galia is a hustler with tremendous drive and work ethic,” he says.

Benartzi’s casual California style has made her a cool, confident presence at world financial conferences and on cable TV financial shows. More important, she has a “brilliant mind,” according to the industry magazine Altcoin. It ranked her in 2018 among the world’s 10 most influential blockchain pioneers, and she was the only woman to earn a place on Altcoin’s top achievers list.

Before launching Bancor, Benartzi did her due diligence on cryptocurrency—she created her own crypto marketplace. She gave the name “hearts” to her tokens (units of digital money), and they could be used only by Israeli mothers. A year-long trial convinced her cryptocurrencies were the future of money. Using her hearts, 40,000 mothers traded $24 million worth of baby clothes, toys, and handmade items, as well as services such as babysitting.

Today the promise of cryptocurrencies has lured governments and corporations to explore this new financial world. Fifteen central banks are studying whether to issue their own proprietary digital currencies, steps that would speed the extinction of paper money. In February JPMorgan issued JPM Coin for instant transactions between its international corporate customers, and other banks are starting to explore issuing currencies for their internal transactions.

The new world of cryptocurrency has sometimes been a Wild West financial landscape. Hackers made off with almost $2 billion in tokens from digital exchanges in the past two years. Bancor has not been immune. Last summer hackers raided one of its digital wallets and stole $13.5 million. As a result, Benartzi is helping launch a crypto defenders alliance, an industry association devoted to preventing fraud and theft.

“Technology is always part of the problem and part of the solution,” says Benartzi. She acknowledges that bad actors exist, but insists that protection mechanisms will thwart their nefarious goals. “The newness of blockchain-based systems is both its strength and vulnerability. Because everything is tracked on blockchains, the industry has the ability to be the safest financial system we’ve ever seen. For example, exchanges can adopt shared blacklists to prevent suspect accounts from liquidating stolen assets into cash. This is something we could never effectively do in real-time in the existing international financial system,” she says.

Benartzi evangelizes for her cause in ways large and small. Last summer she convened and chaired a Global Economic Visioning Summit at Bretton Woods, New Hampshire, the site of the 1944 financial conference that set rules for the postwar international financial system and established the IMF, the World Bank, and the U.S. dollar as the global reserve currency. She will convene the event again this summer. Of the 150 thought leaders who attended last year, Benartzi made sure half the speakers and attendees were women. Few female delegates attended the first conference.

Revolutionizing the world of money isn’t her only goal—Benartzi wants gender equity in her industry. Forty percent of Bancor’s employees are women, and more than half of its executives are female. “I often put in extra effort to seek balance in teams—even if that means increased mentorship,” she says. “Gender balance in a company is essential, and yet if you don’t actively fight for it, especially in tech and crypto, it will easily elude you.”

The entrepreneur will settle for nothing less than converting the world—and the money it uses—to her way of thinking.

You May Also Like
The Impact Investor
Can investors make lots of money and save the world at the same time? Matthew Weatherley-White ’86, a former-Buddhist-turned-investment guru, thinks so.
After the Crash
Former Treasury Secretary Hank Paulson ’68 looks back on his role during the worst financial crisis since the Great Depression.