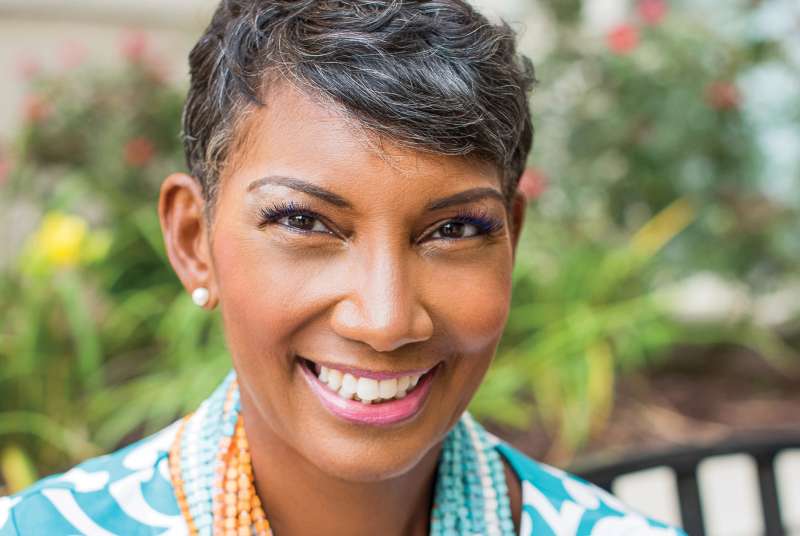 Photo by Thúy Vo
Voices in the Wilderness

Fairley uses three social media hashtags—#TriplePositive, #WalkingInBlessings, and #GSD, which stands for “Get S*** Done.” Fairley doesn’t have time to mince words. Seven years ago her doctor told her she had two years to live.

She was diagnosed with triple negative breast cancer (TNBC), an aggressive type with the highest mortality rate—and no drugs to prevent its recurrence. It affects black women at three times the rate of other women and is more common in younger women, unlike most breast cancers.

Today Fairley is president of Dove Marketing, whose clients have included AARP and President Obama’s reelection campaign, and she chairs the board of trustees of the Triple Negative Breast Cancer Foundation. When Fairley discovered the organization, she offered it her marketing expertise and was invited onto its board, which at the time had no members who were survivors or black. “I was ‘Bingo!’ for them,” she says.

Today she raises money for research grants—more than $3 million to date—and spreads the word about TNBC, especially to black women. Thanks in part to her efforts, pharmaceutical companies have embraced TNBC patients and started clinical trials. Fairley has also had success encouraging black women to overcome their justifiable hesitancy to join such studies.

When she was first diagnosed, Fairley wanted everyone—men, women, and children—to touch the peanut-sized tumor under her nipple. “I wanted everyone to know what it felt like. You can’t prevent it, so you have to early-detect it,” she says.

She also reassessed everything else in her life. “I got rid of all the cancers in my life, not just the one in my breast,” she says. She divorced her husband, separated from her business partners, started Dove, and moved to a home on the bay in Annapolis, Maryland. “In a lot of ways getting sick was a blessing, but I don’t recommend it. Don’t wait to get sick. Make these choices now,” she says.

“I shouldn’t be here. I know God left me here to talk about this and do this work,” Fairley believes. “I love all breast cancer survivors, but women with triple negative fight a much harder battle. And we’re all badass, because we’re dealing with it.”