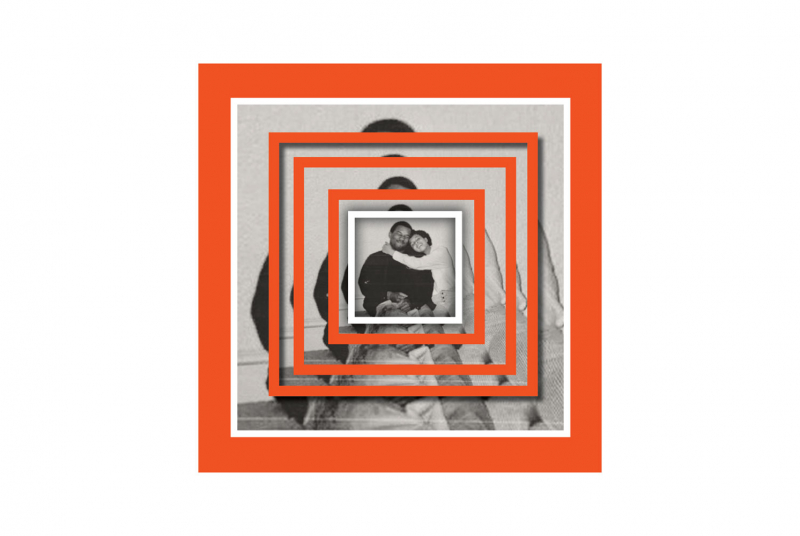 Pictured above: The author with her brother in 1989, the year he was shot. (Photo courtesy Tracey R. Gainor; photo illustration by Wendy McMillan/DAM)

When you hear “Black Lives Matter,” know this: They do matter. It’s not just a slogan. It’s personal. In 1989 my brother, Ernie, was shot in the back at point-blank range while face down on the ground as he was being handcuffed. The police officer said his shotgun discharged accidentally. After two months of fighting for his life, Ernie died on New Year’s Day 1990.

I was 15. Ernie was 19. We came from a broken home. My parents divorced when I was 4, and we lived with my father and his new wife for five years. Then we went to live with my mother in Norwalk, Connecticut.

My brother was my protector, my teacher, my confidant. People knew me as “Ernie’s little sister” and would not dare to bother me because he was fiercely protective. We fought as brothers and sisters do, but we also shared secrets and covered for one another. He intimidated all my male crushes in middle school.

On October 26, 1989, when I was in 10th grade, everything changed. Ernie and a white friend were in my brother’s red pickup truck when two officers approached, responding to a report of an armed man in Norwalk. The officers did not know that it was Ernie who had called the police after seeing the gunman. For unknown reasons, my brother sped off when the police approached, but he stopped when his truck crashed into a stone wall.

The officers ordered my brother and his friend out of the truck. Both were unarmed. They were face down on the pavement of Wolfpit Avenue with their hands behind their backs when one of the cops shot Ernie. Officer David Russo later said his weapon had gone off accidentally. My brother’s friend was unharmed.

The shooting took place around 10 p.m. Well after midnight, the telephone rang. It was one of Ernie’s friends. “Hi, your brother is in the hospital. You have to go,” he said. “What?” I asked. “Your brother was shot.” The Norwalk Police Department had cleaned my brother’s blood off the street, contacted its internal affairs department, and called the state’s attorney’s office before notifying our family—three hours after Ernie was shot. At the hospital the police skirted around what had happened.

We were able to see Ernie after hours of surgery. He lay there, heavily sedated. Bloated face. Bandages covering a stomach wound that surgeons would never be able to close. A tracheotomy tube in his neck. All the machines around Ernie beeped, but he was non-responsive. He would never speak again. We slept at the hospital that night, the next night, and the night after that.

The police chaplain on call that night was Pastor Frederic O. Jackson, from our church. He knew Ernie and our family well. When he and an officer were on the way to our house after midnight to talk with “the family,” he did not realize it was us. He was horrified. Earlier that day he had driven me home from choir practice.

Since the death of George Floyd, and the outpouring of Black Lives Matter protests this summer, this wretched experience for our family has all come back to me. I have been crying like a 15-year-old. At 5 one recent morning, I called Pastor Jackson in tears. He, too, remembers the day as though it were yesterday.

Ernie suffered. He lost a kidney and part of his small intestine and had other internal injuries. He lived on in critical condition for more than two months.

One day when Ernie was recovering from yet another surgery, we were alone together. I spoke and sang to him and held ice chips to his lips. I know he heard me—he responded with his eyes or by squeezing my hand. Kidding him, I asked if I could go in his room and listen to his stereo—something that had always been a source of conflict. At first, he shook his head no. Then he slowly looked my way and nodded.

By December the doctors said he was doing better. My parents and pastor thought I was spending too much time in the hospital and told me to go to Florida with my high school band to perform in the Gator Bowl parade. When I called the hospital from Disney World, my father answered, crying and telling me I had to come home. Ernie had gone into cardiac arrest and was declared brain dead. I was there when he was taken off life support.

I’ve always wondered if Ernie sensed that I had left him—and had just given up.

Three days later my family and many of Ernie’s friends attended the courtroom hearing for Russo on a misdemeanor charge of unlawfully discharging his weapon. Some police officers actually came to support Russo and had their young kids on their shoulders. Officers outside the courtroom roughed up journalists, and nine were later disciplined by the police department.

The judge was not amenable to pressing charges against Russo and said the officer “had a family to provide for.” The judge later granted him accelerated rehabilitation.

I’m a Christian. I have forgiven Russo. But I wanted him to say he was sorry. Despite repeated requests, he never has.

At Dartmouth I never really talked about the heartbreak of my brother’s death. A few friends knew. I fell into a deep depression senior year, even after being admitted into Columbia Law School. I should have been happy. To fulfill a requirement to do pro bono work, I worked in Norwalk with the state’s attorney’s office. I wanted to get over the fear and hatred I had for police officers—and I have.

Were Ernie alive today, I imagine he would still be a fun, supportive brother. He would have visited me at Dartmouth and cheered our little brother Ian as he played on his college basketball team. Ernie would have been an adoring uncle to Ian’s children, Elijah and Abigail.

Ernie would have been voluntarily cutting grass for seniors in our church and repairing homes for people he did not know. He would still be playing practical jokes and brightening the lives of those around him. But he cannot.

The horrific murders of George Floyd and countless others have reopened wounds. The pain will never go away. Black lives remain shattered when they’re treated as if they do not matter. Despite a $3.3-million settlement for our family, my brother’s death at the hands of a white police officer was shattering, and it still has repercussions.

I’m not the only sister in this country who has suffered this kind of devastation. So many Black sisters and brothers and mothers and fathers have gone through this kind of tragic agony. It did not start with my brother or George Floyd. Why has it taken America so long to care?

Tracey R. Gainor clerked for the U.S. Third Circuit Court of Appeals and worked for 10 years as an attorney in complex commercial litigation. She is now a high school teacher in Baltimore.