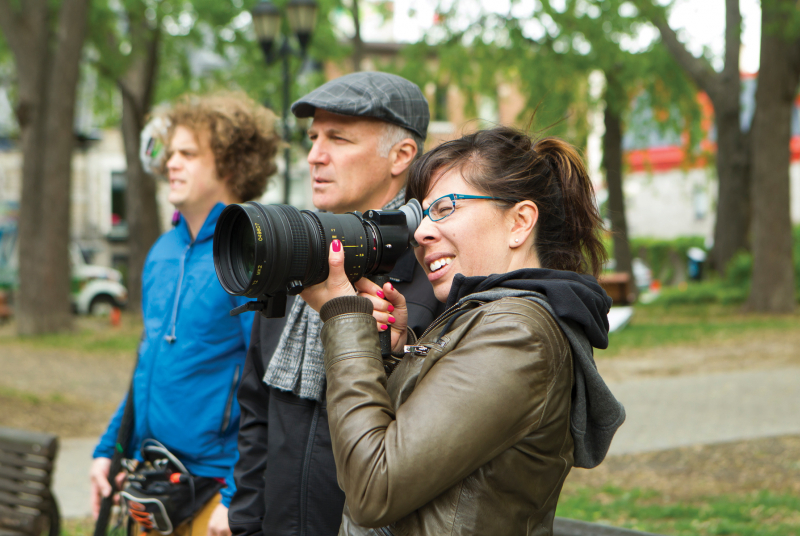 Photograph by Eric Myer
Voices in the Wilderness

Deer, who grew up in the Mohawk community of Kahnawake in Quebec, was 12 when her father started renting a VHS player and movies. That’s when she set her sights on a career in film, an “impossible dream for an Indigenous girl,” she says, “but I wanted it so badly.”

That same year Deer also endured what she describes as “the most traumatic moment of my life” when an angry crowd pelted her family’s car with rocks and asphalt during the 1990 Oka Crisis. The violence of the 78-day armed standoff between Mohawk groups and the Canadian government—over the proposed expansion of a golf course onto ancestral land near Montreal—shook her to the core. “I came to understand what it means to be Indigenous—and that the world can be very dangerous because of who I am,” she says. “My innocence was shattered.”

The racist attack left Deer suicidal as a teen, but she sought refuge in the movies—and at Dartmouth, where she majored in film studies. “Those four years were transformative,” she says. “Everybody was so supportive and invested in my success.”

Deer aims to replace Hollywood’s stereotypical depictions of Native Americans with “authentic, three-dimensional, rich storytelling about my people, by my people.” Her feature film Beans, about a 12-year-old Mohawk girl caught up in the Oka Crisis, will open in the United States this year. “I thought the way to draw people in would be to tell this story through the eyes of a child, because it’s very hard to judge and disregard children,” says Deer, who last year received the Toronto International Film Festival’s Emerging Talent Award. It took her eight years to write the script. In recreating the traumatic event, Deer impressed actress Rainbow Dickerson, who plays Beans’ mother. “To do it justice, process it, and just do her job,” Dickerson says, “that was extraordinary.”