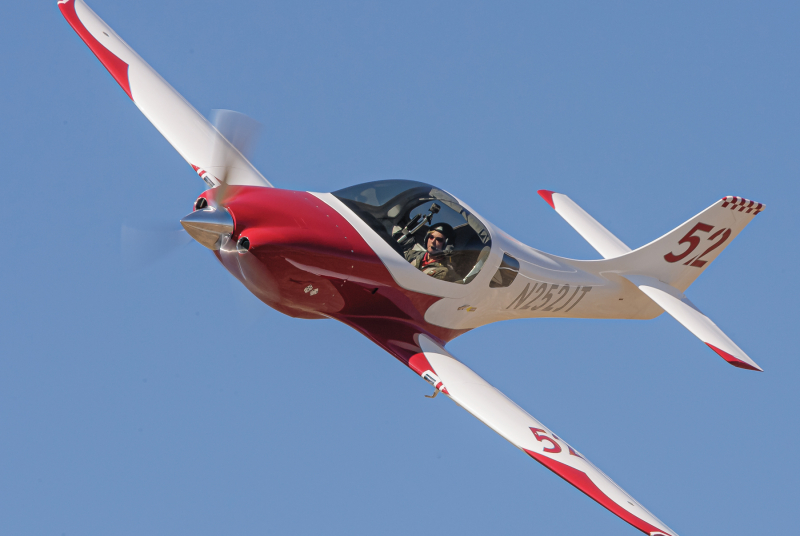 Aerobatic pilot’s future is up in the air.
Maud McCole ’23 | November-December 2021

Colleen Keller ’85 stumbled across aviation by accident. After graduation and a yearlong stint at the Johns Hopkins Applied Physics Lab, the physics major got a job at the Center for Naval Analyses, an Arlington, Virginia-based think tank that does operations research analysis for the U.S. Navy.

She soon got the bug to fly, but when she learned she couldn’t go through aviation training with the Navy, she decided to get her private pilot’s license. She now owns two planes—a vintage Cessna RG 177 Cardinal and a biplane—and has logged 4,500 hours of total flight time. On her decision to buy the second plane, Keller jokes, “If  you can afford it, it’s nice to have two cars, right? As long as they’re really different.”

The daredevil now works from San Diego County as a senior analyst at Metron, a small business that provides operations research, mathematical analysis, and software development for the U.S. Department of Defense. She races cross-country in the Cessna and pylon style—which she calls “NASCAR for the air”—in the 31-year-old biplane. She shares this passion for air racing with her husband, Dave Sterling, a 787 pilot for United Airlines. “It’s not a particularly safe sport,” Keller admits, “but it’s totally thrilling.”