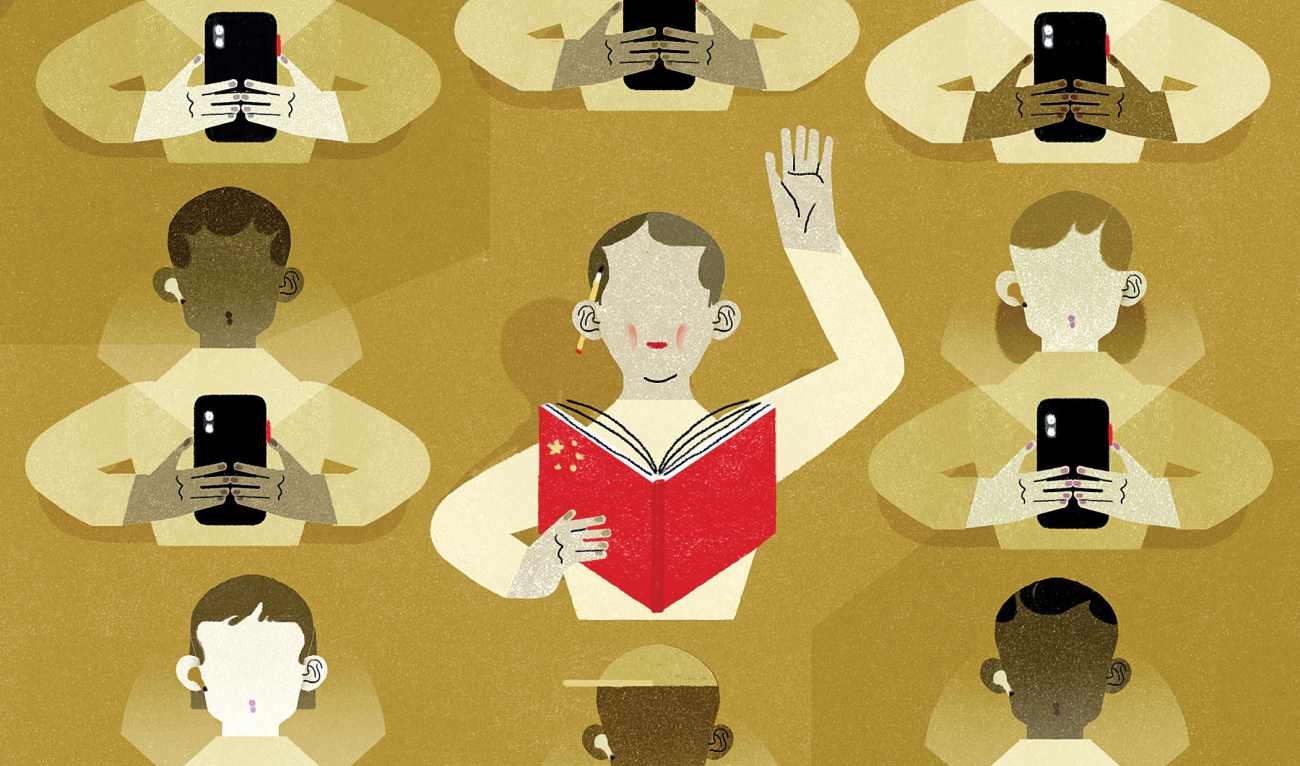 My eldest son, James, attended an elementary school with wood-top desks that wobbled on metal legs, fluorescent lights, and beige linoleum floors—all the charm of the psychiatric ward in One Flew Over the Cuckoo’s Nest. This was in Shanghai, where children receive the world’s best education, according to one international education survey.

James loved his school, Luwan #2. He didn’t care that it lacked Western-style toilets or heat. Every day when I picked him up, the smells of urine and bleach in the school’s hallways greeted me. A forlorn ring dangled from the playground’s crooked basketball goal. The only technology seemed to be light switches.

He took daily arithmetic quizzes. A score of lower than 95-percent correct was considered failing or a learning opportunity and required a child to stay after school until he mastered the material. One day James was kept late for hours. I didn’t understand what was happening because of my limited Chinese language skills. Was James in trouble?

Then I learned he didn’t view it as punishment. It was standard operating procedure. His school did whatever it took to meet high learning expectations. His experience became part of my steep learning curve.

James’ 46-page report card was comprehensive. It covered soft skills, such as effort, as well as academics. Unlike many U.S. report cards, it contained commentary by the teacher and required written feedback from a parent and the student. Education was a triangulated, team effort in Shanghai.

During my 10-year journey abroad, from 2006 to 2016, I enrolled my three children in the public schools of Hong Kong, China, and Japan. I faced a multitude of challenges I never could have foreseen. They simultaneously humbled me and made me an advocate for education reform.

Though we spent our first four years in Hong Kong, my education, and that of my children—James, 6, Charles, 4, and Victoria, 1—really began in Shanghai.

At the end of second grade, James proudly announced he had joined a new club. I made a video of him reciting its theme song and sent it to a friend to translate. She told me he had just pledged allegiance to the Communist Party. Instead of being shocked, I understood: James was expected to express gratitude for receiving a top-notch education from the People’s Republic of China. After all, education is a public good, and my James was paying his dues.

Meanwhile, Charles loved his preschool. Playtime there meant pushing a tire around the courtyard to improve his coordination. Have you ever tried to roll a tire? It’s hard! Teachers also built obstacle courses out of empty milk cartons. Every day Charles completed 3D puzzles and visual-spatial brain teasers. He learned to play the recorder before he was 6.

Still, I questioned my decision to enroll my children in bare-bones public schools. Is this really okay? I asked myself. After all, I had attended elite New York private schools, Dalton and Rye Country Day, where I never rolled tires.

I concluded the best schools aren’t necessarily the fanciest. My children loved learning at these no-frills institutions. I had to let go of my privileged experiences. My children’s Shanghai rigors taught them perseverance, resilience, and a love for learning, all things I wanted for them.

We moved on to four years in Tokyo that included engaging in a vibrant and child-supported community. Then we moved to Palo Alto, the cradle of Silicon Valley, which boasts California’s top-rated school district, according to Niche.com, which ranks schools and colleges.

That’s where the real culture shock hit. My sons returned to the United States two years above their grade levels in math. Five teachers came and went in James’ fifth-grade homeroom. Five principals and the superintendent resigned within one year. Teachers called learning materials and policies “crap.” Due to pervasive and often unmonitored use of technology, some teachers believed that teaching multiplication tables was unnecessary.

Before 2016, the notion that any child could be bad at math was foreign to me. I had come to believe students benefit from high expectations and high standards. Failure was not an option. There was no “bad at math” at Luwan #2. Every student was capable of mastering the material.

Everyone in China seemed to be working with a common purpose—to invest in the next generation. No wonder that in a worldwide study of 15-year-olds published in 2010 by the Programme for International Student Assessment, Shanghai teens ruled math, science, and reading, far ahead of students from runners-up South Korea, Singapore, Japan, and Finland. U.S. teens scored close to the average of 75 nations.

To educate myself about how to make American schools world class, I spent a year attending U.S. education conferences and meeting legislators and scholars. I went to thriving charter schools in Los Angeles and struggling ones in Miami. In Houston I saw students use computers in all their classes, while in East Palo Alto some schools couldn’t afford textbooks.

While I have many concerns about U.S. schools, I believe we have the resources, diversity, and innovative spirit to turn things around. With incisive intentionality, such as pushing around a tire, we need to work together to better analyze and prioritize our pedagogical practices.

Teru Clavel is an education consultant and author of World Class (Atria Books). She lives in New York City.