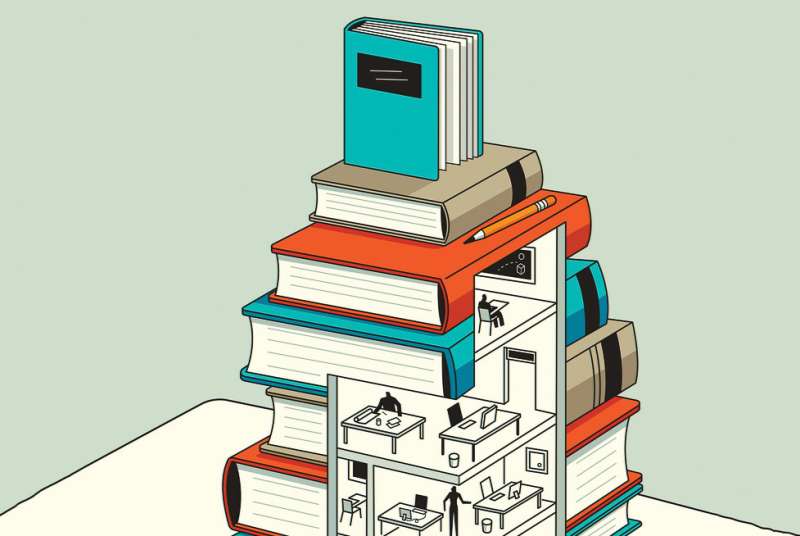 In What Are the Arts and Sciences? 27 faculty members explain their disciplines in essays edited by math professor Dan Rockmore. Here are some nuggets from the book, which he calls “a brief tour through our evolved world of ideas.”
Nov - Dec 2017

“Astronomy, at its heart, is exploration on the grandest scale.” —Ryan Hickox

“Economics is distinct in its focus on aspects of behavior related to people’s material well-being.” —Christopher Snyder

“Chemistry is the science of understanding the properties of matter and how matter forms from the basic elements that make up our universe.” —F. Jon Kull

“Life is in us and all around us—and the study of life and what makes things alive is the province of biology. The study of biology is about asking good questions about life and figuring out clever ways to find the answers.” —Amy Gladfelter

“Computer science, at its core, is about storing, accessing, transforming, transmitting and interacting with information.” —Thomas H. Cormen

“Theater is live performance that tells a story.” —Daniel Kotlowitz

“What makes us human? Is it our brain size? Our use of language? Is it our ability to build complex civilizations across Earth’s many environments, as we have done for millennia? Is it how we think up rituals to mark the passage from one stage of life to another? Is it how we decide what it means to be a girl or a boy, a doctor or a shaman, a student or a teacher? Anthropology is all of this.” —Sienna R. Craig

“Philosophy is really concerned with the fundamentals of all sorts of areas of inquiry. Philosophers prize clarity.” —Adina L. Roskies

“Geology is about asking, and attempting to answer, questions concerning our planet, our home, the earth. ” —William B. Dade

“Linguistics is fascinating because language is one of the key characteristics of human beings. When we study linguistics, we’re studying ourselves!” —James N. Stanford

“History is a special category of storytelling, since its rules demand that we attempt to establish ‘what really happened’ as accurately as possible.”                    —Robert Bonner

“Music is fun—to make, to listen to, to experience in every way. It feels good and it makes others feel good.” —Larry Polansky

“At some universities, political science is also called ‘government’ or ‘politics.’ Regardless of the name, the aim is the same: to discover ways of getting people to cooperate for their mutual advantage, against the predatory forces of self-seeking elites, and despite the asocial tendencies of people themselves.” —Russell Muirhead

“Mathematics as a subject studies numbers and shapes like they were animals in the jungle or stars in the sky.” —Dan Rockmore

“Women’s and gender studies is an academic field and an interdisciplinary approach that seeks to make visible the lives, concerns, and impact of the half of society that had been effectively overlooked and silenced for centuries.” —Ivy Schweitzer

“Have you ever wondered why kids group together the way they do at your
school? Or whether it’s a coincidence that you read three books in a row about boy animals? Or if your parents are the only ones with friends who are quite similar to them? Thinking about those patterns and investigating them in a systematic way is sociology.” —Janice McCabe