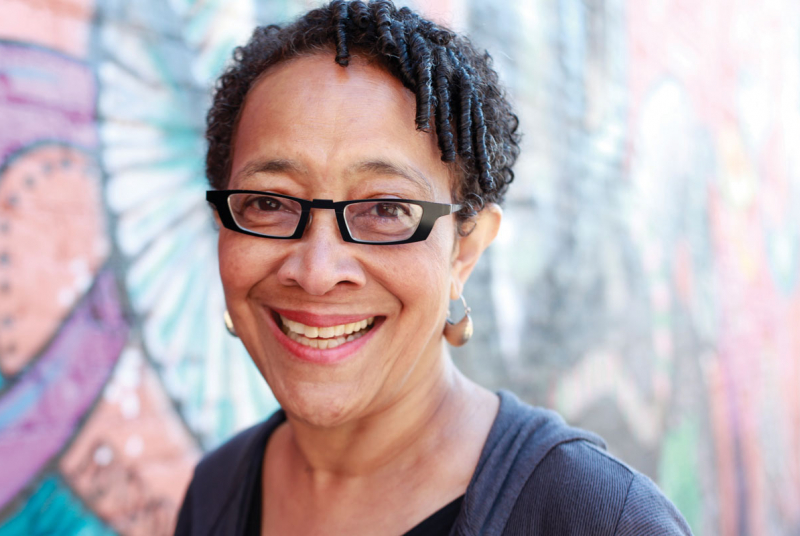 If you think you cannot sing or dance, Hill will prove you wrong. “That’s what happened to me at Dartmouth,” says the founder and artistic director of Ujima, a theater company in Buffalo, New York. “[Former language professor] John Rassias saw me on stage and said, ‘I want to talk to you.’ I was discovered with a kind of innocence and generosity.” Hill says she can now pass on the gift Rassias gave her through the youth theater training program she teaches.

Hill started the company 41 years ago for black students. “There’s great validity in the Marxist concept of ‘seize the means of production,’ ” says Hill. “While it’s ostensibly a black theater company, our membership is now and always has been multi-ethnic, -cultural, -gendered. We’re the only ones in our bailiwick with that credit.”

Ujima is Swahili for “collective work and responsibility,” says the Philadelphia native.

She majored in history but was regularly involved in College and local theater productions when they needed to cast black actors. Hill is now overseeing a project that converts a seven-minute play Ujima created called The Legacy of Lead—the story of a mother and her son, who is affected by lead exposure—into a feature film. She is also directing The Gospel at Colonus, a black musical version of Sophocles’ Oedipus at Colonus.

“As a director you get to identify talent that people didn’t even know they had,” she says. A couple of the actors in this show have never performed before. But Hill notes that once people are in one of her shows, they usually want to continue performing.