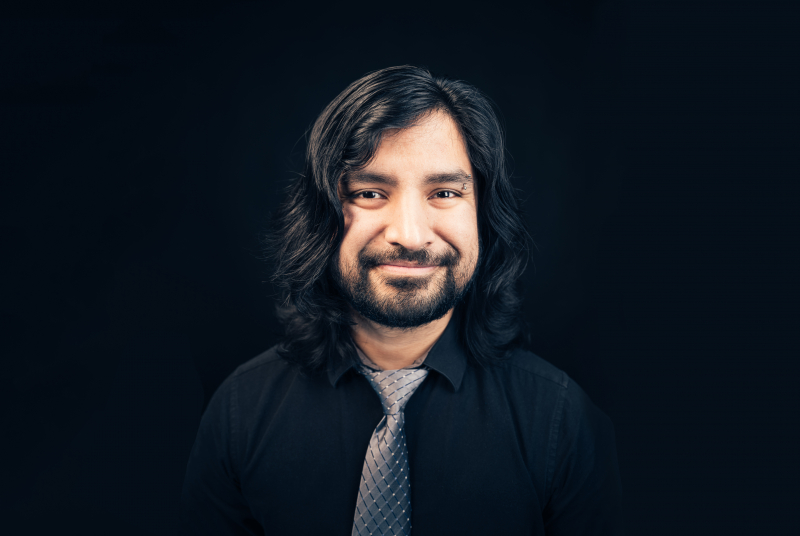 Ahead of the Game

Sharang Biswas ’12, Th’13, came to Dartmouth from Abu Dhabi to study bioengineering, but after completing Thayer’s five-year B.E. program, he started pursuing game design. Now the New York City-based Biswas teaches game design at Fordham and NYU, and his analog storytelling and role-playing games have been showcased at Philadelphia’s Institute for Contemporary Art and Brooklyn’s PioneerWorks. He’s also the Game Artist in Residence at the Museum of the Moving Image. This summer he’ll return to Hanover as a visiting professor, which, he says, “has been one of my mini life ambitions.” Biswas spoke with DAM about teaching, his creative process, and his top game recommendations.

How did you make the transition from bioengineering to game design?
Freshman year I decided every quarter I would take two engineering pre-reqs and one fun class. That spring I took Mary Flanagan’s game design class, and after that I worked in the game design lab, and then I was Mary’s TA. As I was doing my engineering capstone project my fifth year, I realized I didn’t like engineering. But as an international student in the United States, you’re not allowed to get a job in a field that’s not designated on your visa as your field of study. So I was like, ‘Grad school it is!’ I ended up going to ITP, NYU Tisch’s interdisciplinary art and design program, and took a couple of game classes there. After graduation I started getting more and more into games, and here we are. My dad loves saying, “You wasted five years of engineering,” but I don’t think I wasted it. It made me think about the world differently. I love telling my students that artists who study only the arts aren’t going to be as good. Everything I’ve studied and engaged with is informing my perspectives of the world which, in turn, inform my art.

What is your process as a game designer?
For me, the important property of games is verbs and processes. When I’m working on a new game, I often start with what verb I’m trying to emulate and what verb the player is going to engage in to emulate that. How does the verb you’re engaging with inform the narrative? When you’re consuming a movie, you’re watching it. When you play a game, you’re engaging in many different verbs that represent other verbs. When you’re rolling dice in a game of Dungeons & Dragons, you’re not rolling dice, you’re casting a magical spell. My game A Shroud for the Seneschal, which I made at a game jam at the Met, is more literal—it’s about colonialism and art and asks players to make physical art at the table to represent their characters, who are artisans presenting gifts to the Seneschal.

How does your academic experience at Dartmouth influence your approach to teaching?
When I first started teaching, I thought about what was good about the classes I took. So first of all, I'm very concerned with teaching my kids how to write well. I also remember taking a film class with Michael Bronski called “Masculinities in Postwar Cinema,” and every week he made us watch a film on our own and write a one-page response. I thought that was really cool because it forced us to engage with many examples of the medium and the course material. So I've tried doing that with games.

What are you going to be teaching at Dartmouth?
I’m teaching two classes this summer. One of them is Mary Flanagan’s game design class while she’s on sabbatical, and then one is a new class. It will probably be about interactive stories in a multidisciplinary sense. During the last American presidential election I started thinking more about: What is the role of the arts and what is my role as a professor? Most people who come out of this class won’t be game designers, so what am I teaching them that’s going to last and have an impact? So for this [new] course, I’m thinking about how to explore identity through games and play.

What are some of your top game recommendations?
In terms of board games, if you’re looking to move past Monopoly, Mechanica was designed by Mary Flanagan and Max Seidman ’12 in the game lab at Dartmouth. It’s a board game where you play factories trying to build robots that clean your house. And there’s a funny undercurrent of how actually, these robots are soon going to take over the world. It’s very clever and fairly easy to understand and learn. Role-playing games are a slightly different beast. People have an idea of what Dungeons & Dragons is, and often they think that’s all role-playing games are, but it’s a very broad field. A game that I really love that I play with my students is called Dialect. It’s a game about how language dies, and what that means for culture. You create a community, you create parts of their language, and then you see the community fall apart, and the language dies. It’s very emotional and also fairly easy to learn and play.

What can people learn from playing games?
I don’t like the conversation about how games are the best way to learn things. Games are another way to learn things. What makes them unique is that they allow you to do so in an experiential way that is different from just watching or listening. Many of them engage the body in a way that feels different. A book can transport you through lyrical language, a game transports you because your body is performing the motions. Analog games use the body as a tool, and all games use procedure as a way to transport you into the world of the game. You might be like, “Oh wow, I’m getting this emotional experience from this thing that I thought was about shooting monsters.”