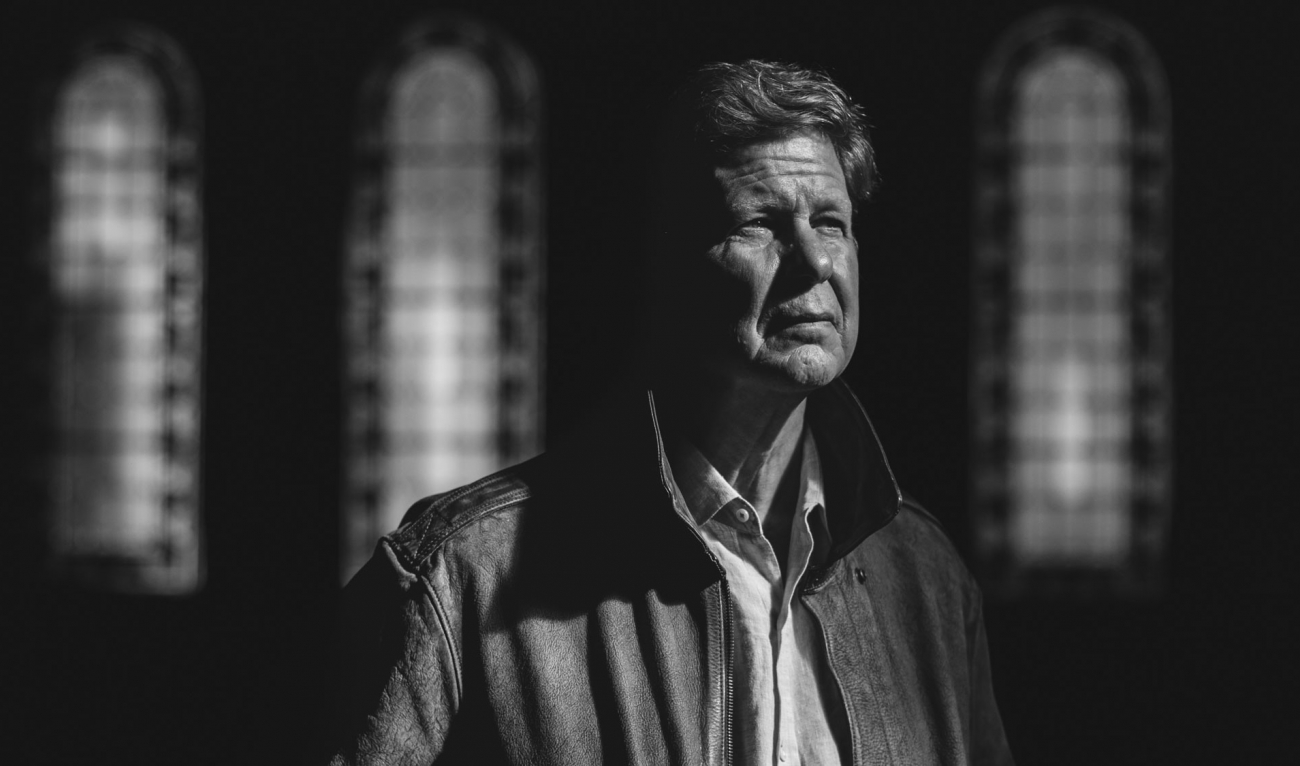 Opinion pieces by the priest, prof, and author appear in papers across the country. “Op-eds tend to bring out the hate mail,” he says. (Photograph by Robert Gill)
Features

Randall Balmer’s family expected he would follow in his father’s footsteps and join the ministry. For more than 40 years his father was a pastor in the Evangelical Free Church.

Instead, Balmer went to graduate school and became a professor of American religious history—and a prolific writer. “Among evangelical scholars, I don’t know anyone who has surpassed him in the gracefulness and clarity of his writing,” says Doug Frank, Balmer’s history professor at Evangelical Free Church-sponsored Trinity College in Deerfield, Illinois. “He’s the most dedicated interpreter and constructive critic of American evangelicalism, from within the movement, of any writer of his generation.”

Balmer, a religion professor at Dartmouth since 2012, laments evangelical Christians’ embrace of a hard-right political agenda. His criticism is rooted in his own background and historical scholarship. Through the early 19th and 20th centuries, he says, evangelicals devoted much of their energy to people on society’s margins—working to uplift the poor, abolish slavery, and support public education, workers’ rights, and women’s suffrage. But since the 1970s, he contends, the rise of the religious right has distorted evangelicals’ long heritage of compassion. In his latest book, Bad Faith: Race and the Rise of the Religious Right (2021), Balmer calls the widely accepted view that the 1973 Roe v. Wade decision drove evangelicals into the political arena a myth. Rather, he argues, what galvanized religious right leaders was the threat that their racially discriminatory schools would lose their tax-exempt status. They concocted a narrative of righteous fury over legal abortion to divert attention away from their defense of segregation.

“I spent the 1970s, when all of this happened, enwombed in the evangelical subculture,” Balmer says, referring to the network of churches, Bible camps, colleges, and seminaries that helped insulate evangelicals from secular society. “Abortion just wasn’t an issue that evangelicals were talking about in the 1970s. It wasn’t on the radar.”

Born in Chicago in 1954, Balmer is the oldest of five boys—and one of two who went to college. The family lived in Nebraska, Minnesota, Michigan (where Balmer fell in love with the Detroit Tigers and Lions)—and, during his high school years, Des Moines, Iowa, where he ran his own cleaning business.

During his senior year in college, Balmer joined the first group of Trinity students to participate in its new extension program in a former logging camp in Oregon’s Cascade Mountains. “There was a lot of intensive reading, studying, and discussion,” he says. “I really was introduced to the life of the mind. It utterly changed the direction of my life.”

Balmer’s decision to major in history, rather than theology, was a clear break from his father’s burdensome hopes. “As I remember it,” says Frank, “his father let Randy know he was disappointed.” After earning a master’s from Trinity Evangelical Divinity School, Balmer headed to Princeton for a master’s and a doctorate in religion. “To be honest,” he says, “my venture to graduate school was in some ways a rebellion. I wanted to be my own person.”

He went a step further and became an Episcopalian, in part because of what he calls “the aesthetic deprivation of my childhood.” He taught history of American religion at Columbia University for 27 years and in 2006 was ordained as an Episcopal priest. While teaching he also served as part-time rector at two Episcopal churches in Connecticut, and he still fills in at churches as needed. Balmer’s wife, Catharine Randall, a recently retired French professor, also joined Dartmouth’s faculty in 2012. They have two sons, a daughter, and a grandson.

Balmer regards the academic study of religion as a quintessentially liberal arts exercise. “It introduces students to different cultures, different historical periods, and perhaps most important, different disciplines,” he says. “The delight of teaching lies in
introducing students to critical thinking. When you see that spark of interest or insight, the satisfaction transcends words.”

He tailors most of his courses to students who might not otherwise take a religion class. He devised a “Sports, Ethics, and Religion” course in part because so many Dartmouth students are athletes. “Some have gone on to become religion majors or minors, though that was never my intent,” he says.

“One of the reasons we as a society are in such sorry shape today is because professors regard communicating with the public as beneath them.”

Among Balmer’s dozen-plus books through the years is Mine Eyes Have Seen the Glory, the basis for an Emmy-nominated, three-part PBS series on evangelicals in America he hosted in 1989. “Randy has a unique ability to feel the traditions from the inside out and provide analytical commentary on their cultural history, their cultural placement, and even their cultural future,” says Carey Newman, who is editing a book for him provisionally titled Faith Gone Astray. Balmer’s next book, Passion Plays: How Religion Shaped Sports in North America, hits shelves in September, and several others, including two biographies, are in the pipeline.

In graduate school Balmer vowed to never let himself become “so recondite” that he couldn’t communicate with a general audience, and he regularly writes op-eds for newspapers across the country. “One of the reasons we as a society are in such sorry shape today is because professors regard communicating with the public as beneath them,” he says. “I do get my hate mail.” But it doesn’t stop him from feeling obligated to counter the fiction that America is a Christian nation. “That is a destructive toxin,” he says. “Somebody has to be out there countering that.”