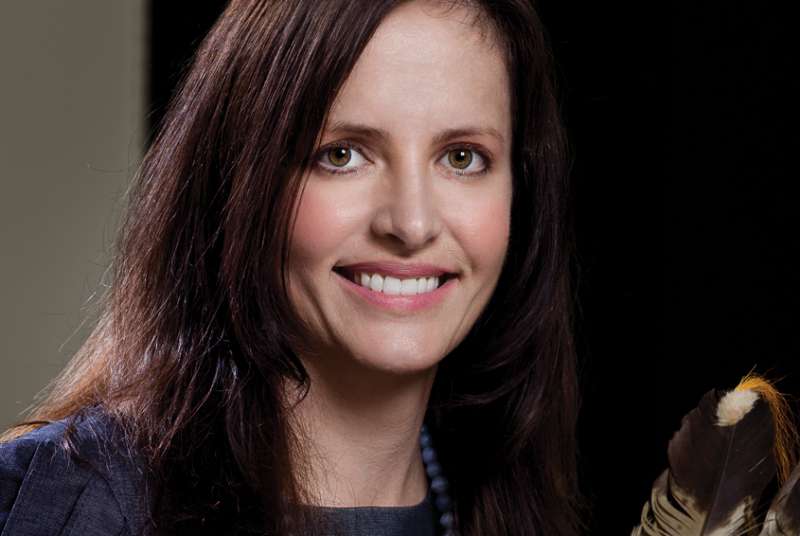 As curator of the Plains Indian Museum in Cody, Wyoming, West manages a collection of more than 10,000 Native American objects and oversees outreach to Native audiences and scholarly research. One of her greatest discoveries occurred a decade ago, when she stood in a gallery surrounded by steamer trunks, garment bags and boxes. The museum had just received this sizeable collection, and the staff had donned lab coats and white cotton gloves to comb through the 2,000 new items. West and a colleague were unpacking a trunk when they discovered “this large something” in a plastic bag, she says.

“We finally got it out of the plastic, stepped back and looked at each other. We were in awe,” says West. They’d stumbled upon a rare woman’s eagle-feather bonnet from the Motoki Women’s Society of the Kainai Nation of Canada, dating to the mid-1800s. “You may know it as a headdress, but headdresses encompass a wide variety of regalia, from a single eagle feather to more elaborate feather bonnets,” West says. “There are not a large number of women’s feather bonnets in museum collections.”

West, who arrived as an intern in 1994, focuses on collecting art from contemporary Native artists. “My role as curator is not only to ensure we care for these materials and provide relevant, accurate information on timeframes and cultures, but also to represent contemporary cultures—not according to what we as historians want to say,” she explains, “but how cultures want to represent themselves.”