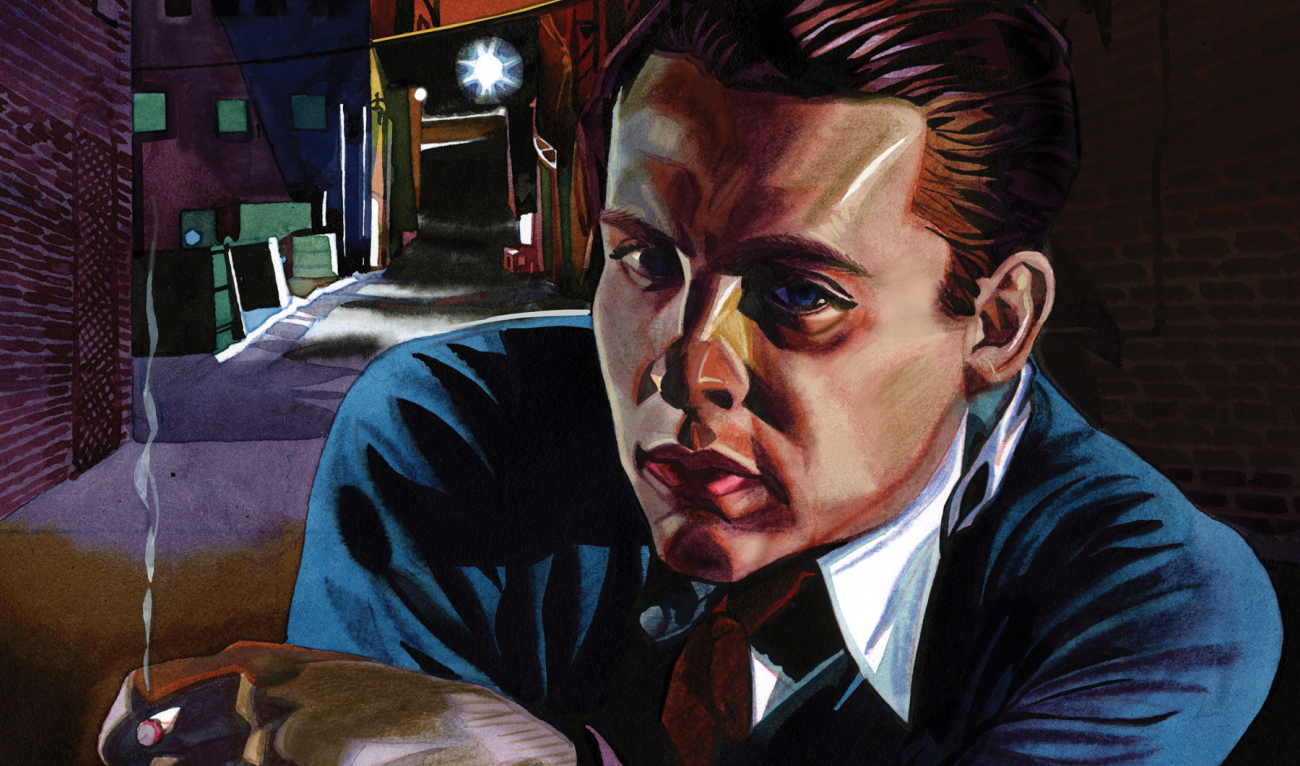 A Tragedy Runs Through It

He was the real deal, the basis for the swashbuckling protagonist of an acclaimed novel. A young Brad Pitt played him onscreen. An artist of that elegant and graceful sport, fly-fishing, he also fought, gambled, and drank heavily. He wrote well, often using his talent to blister the bigwigs in his Montana town. And after a short life he died in a brutal killing that remains a mystery.

Paul Maclean would be little more than a forgotten obit in the 1938 alumni magazine if his brother, Norman, hadn’t written a late-in-life autobiographical novel, A River Runs Through It, that was made into a 1992 movie. In lyrical prose, the book recounts a father and two sons, emotionally constrained yet deeply loving, bonded by their joy in fly-fishing. The father and the older son are haunted by their inability to rescue the younger man from his self-destructive ways.

Because of his portrait in the book and on the screen, Paul stands as a wonderfully romantic figure, one of the most vivid and intriguing in modern American literature. Stories about him still pop up in the newspapers, and a 2012 blog post about his death has drawn more than 100 comments, some from as recently as last fall.

“Paul was the star. He was just so beautiful,” says Richard Friedenberg, the screenwriter on the movie who did extensive research in preparation. “As far as his untimely end, there was a strong feeling in the family that he was headed south.”

Norman and Paul grew up in Montana, the sons of a strict Scottish Presbyterian minister who nonetheless enjoyed raising tough boys who could fight and win. Norman went East to Dartmouth, but throughout his life never abandoned a disdain for the school and relished tales of how he swiped dates from the prep-school swells and took their money in poker. Paul shared the conceit. “If anything, it was stronger than Norman’s,” says Joel Snyder, Norman’s son-in-law. Still, two days before his death, Paul mailed a contribution to the Alumni Fund.

When he was in high school in Missoula, Paul played football as a lean, 5-foot-10 halfback. After a year at the University of Montana he transferred to Dartmouth, where Norman had remained after graduation to teach English. Paul’s wild streak and eagerness to defy authority had already surfaced, and Snyder thinks the family hoped Norman could “play sheriff” for his younger brother. The two roomed together part of the time, though in 1925 their boardinghouse burned down, apparently destroying Norman’s early efforts at fiction.

Like Norman, Paul was drawn to writing, and at Dartmouth he devoted his attention to The Dartmouth, where he served on the editorial board, and Jack-o-Lantern. In those days neither publication carried bylines, so Paul’s contributions can’t be identified. But the most intriguing incident in Paul’s Dartmouth life came the spring of his senior year. He and a colleague edited a literary magazine, The Tower, and at one point their local printer decided three stories in an issue violated New Hampshire morality laws. Paul and his coeditor couldn’t win their case with state authorities and hence resigned. The dustup drew the attention of the Associated Press, and stories ran around the country.

In a letter to The Dartmouth signed with his coeditor, William A. Hunt ’28, Paul wrote in part, “Tired as we are with the never ceasing struggle with smug hypocrisy, and convinced that defeat by such an august authority as the Law of the State of New Hampshire renders any further resistance on our part embarrassing rather than helpful to The Tower and the College, we feel it is best that we retire from the scene.”

An unsigned editorial in The Dartmouth the same day commented: “The resignation of The Tower editors is nothing, by itself. But as a small part of the increasing pressure which threatens to engulf the clay-footed colossus of Puritan propriety, it may have some effect. We hope so.”

The Tower stopped publishing long ago. Rauner Library holds only a handful of copies, and the offending stories have disappeared.

Paul should have graduated in the spring of 1928, but a problem surfaced: He was missing an algebra requirement that he should have picked up in high school. He sent Norman a telegram: “I can’t get out of this damned place because I never got in.”

Dartmouth worked out an arrangement allowing Paul to take a makeup course during the summer at the University of Montana. As Norman’s son, John, relates in an upcoming book, the teacher was “a political radical who, like Paul, hated the Anaconda Copper Mining Co. that dominated the political and economic life of the state. The two got on famously.” Paul passed the course and earned his degree.

He went to work immediately for several Montana newspapers, ending up at the Helena Independent (now the Independent Record). A longtime Montana newsman, Terry Dwyer, arrived at the paper after Paul’s death and heard stories about him from Paul’s contemporaries. “He had a nasty temper and an impatience with racial slurs,” Dwyer wrote in 1993. “He was intemperate and would not back away from a barroom brawl, regardless of the odds.”

Nonetheless, Dwyer continued, Paul proved a good reporter and strong writer. He covered the Montana legislature and enjoyed calling out the powers that be. “There was a big streak of the adversary in my brother,” Norman said years later. “He was taking on the world all the time.”

By the late 1930s Norman was teaching at the University of Chicago on the city’s South Side, and Paul joined him there. Again the family hoped the big brother would have a taming influence. Paul took a job with the school’s press department, writing about sports, and he studied toward a master’s in English. He had a girlfriend, who spent the day with him on Sunday, May 1, 1938, but they parted after dinner. The next morning he was found crumpled and badly beaten in a South Side alley not far from his home near the University of Chicago campus. He died of head injuries, and, the Chicago Tribune reported, “The victim’s body and clothing showed he had fought his assailants.”

The newspapers carried several theories of the crime, including robbery, and an inquest ruled Paul died “at the hands of persons unknown.” The family never believed the killing was random. “Norman was clear about what he thought,” Snyder says. “Paul gambled, he gambled on the South Side. He got in over his head and paid the price.”

John Maclean has looked extensively into the murder for a book coming out this spring, Home Waters: A Chronicle of Family and a River. “Facts go only so far,” he says.

Norman accompanied his brother’s body home to Missoula, and Paul, 32, was buried there after a funeral attended by hundreds, according to the local paper. Norman brooded on the death for four decades before grappling with his guilt and his brother’s character in the pages of A River Runs Through It, published in 1976. Snyder points out that Norman was also something of a hell-raiser as a young man until his self-discipline and love of literature turned him into a revered teacher.

“I knew there were others like me who had brothers they did not understand but wanted to help,” Norman wrote in the book. “We are probably those referred to as ‘our brothers’ keepers,’ possessed of one of the oldest and possibly one of the most futile and certainly one of the most haunting of instincts. It will not let us go.”

Richard Babcock is a novelist and the former editor of Chicago magazine.