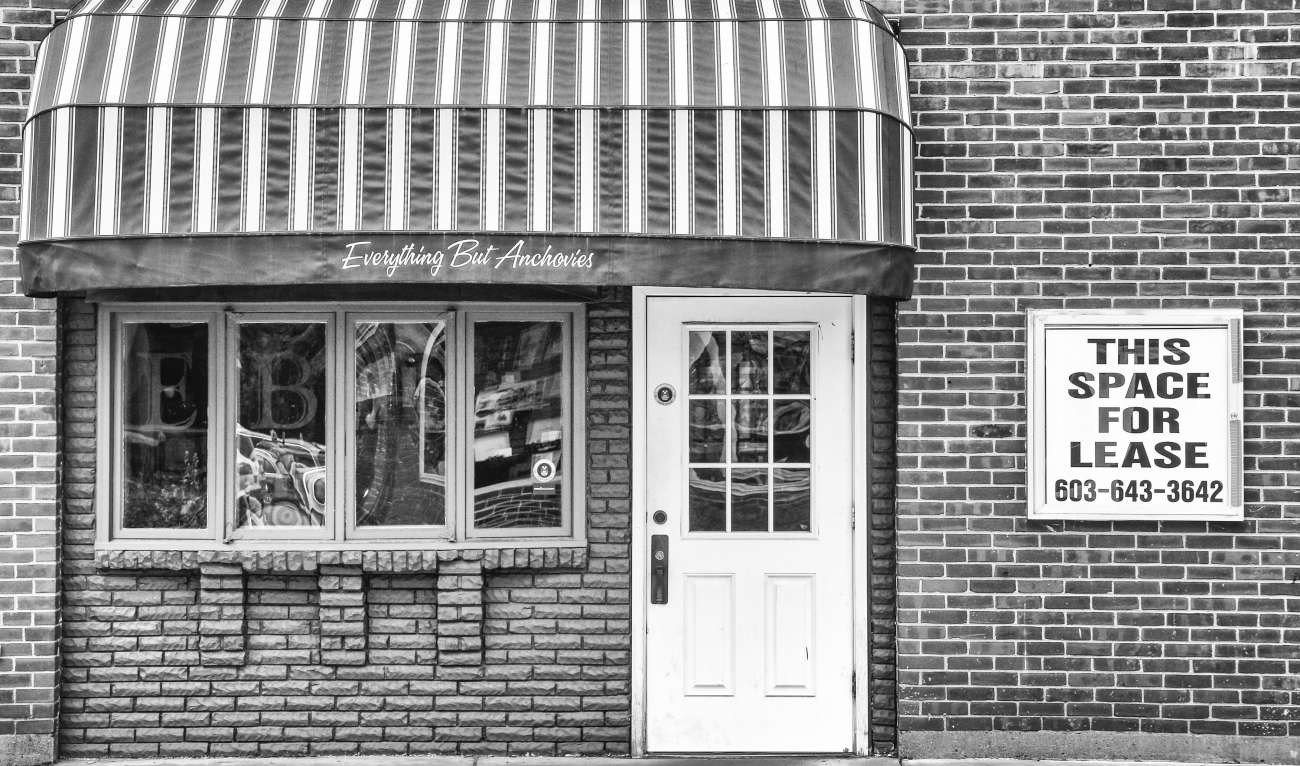 An Ode to EBAs

The popular Hanover eatery known for its chicken sandwiches and other delights closes up shop.
Spenser Mestel ’11 | Jul - Aug 2017

In mid-May Kathryn Arffa ’11 started a new job outside of Boston. As she introduced herself to her co-workers she saw an ’02 whom she’d met briefly during her interview. The woman shook Arffa’s hand and immediately asked, “Did you hear that EBAs closed?”

Every alum has their favorite EBAs order and their favorite story. There are familiar themes, of course: awkward, sauce-stained first dates, lifesaving pit stops made during Derby Day or a pong circuit, hiding the delivery from ravenous onlookers and eating it all in a locked room upstairs. Last summer, during my five-year reunion, I picked up my favorite order—a large pie with onions and green peppers and tubs of ranch dressing that, inexplicably, is still the best I’ve ever had—and ate the entire pizza by myself on the sidewalk in front of Stinson’s at 2 p.m. As @DeeMaurissa pointed out on Twitter, “These are dark times.” No future reunions will enjoy either EBAs ranch or its breadsticks.

Unsurprisingly for a town with few late-night food options, many of the stories also involved the restaurant’s infamous delivery service. After a night of pong Zoe Williams ’11 left Bones Gate at 2 a.m. with the intention of ordering a pizza and finishing a few episodes of Law & Order. She called 20 times (not an exaggeration—she showed me a screenshot of her call log from that night) but heard only static. At 2:09 she finally realized her mistake: after “603-643” she hadn’t dialed “6135.” She’d dialed the last four digits of her own phone number.

Another alumnus who wishes to remain anonymous was “extremely high” her sophomore year when the deliveryman showed up. He had dreads and was wearing sunglasses so she made what she thought was a safe assumption and invited him in to smoke with them. The man was so offended that he barely spoke to her again.

Another alum, who’d also prefer to remain anonymous, realized he’d missed the 2:10 delivery cutoff on his walk back to East Wheelock after a long night at Theta Delt. When he got back to his dorm a deliveryman was there. The two started chatting and, after it became clear that the original recipient wasn’t coming down, our alum was gifted the order, which was his favorite. “That man saved my life,” he says.

For all the early-dawn binging that EBAs facilitated, though, its founder has a surprisingly wholesome favorite memory. “I remember one time the whole football team was sitting at those picnic tables outside,” says Maureen Bogosian, who started the restaurant 38 years ago. “And those lyrics, ‘I got a wife and kid in Baltimore, Jack,’ [from Bruce Springsteen’s ‘Hungry Heart’] came on and they started tapping their toes. And then shaking a bit. And then one of ’em jumped on the table and started dancing. And then they were all on the table singing and dancing.”

For many, EBAs and Hanover are one and the same, which is the product of coincidence. In 1979, when Bogosian was 20, she was traveling with her family and stopped at the Franconia Inn, about an hour from Dartmouth. There, they met the hotel’s chef and maître d, a married couple who had found an open lot in Hanover and were seeking investors. The Bogosians agreed to help finance under the condition that the restaurant be profitable after a year. The day before that deadline passed, the chef disappeared.

At the time Bogosian was living on Cape Cod and studying to be a nurse. She had “never made a pizza before in her life,” but her dad encouraged her to move to Hanover and assume ownership. Once there, she copied the menu from C&A Pizza, around the corner on Lebanon Street, and ran a contest to name the restaurant. The winning entry was from Robin, a girl who lived on Hanover Street who explained “everything but anchovies” was how her mom ordered pizza. For the next few years Bogosian worked seven days a week from 11 a.m. to 1 a.m. When she needed extra help, she’d call the frat boys and Ph.D. candidates she knew and they’d deliver pies or wash dishes.

After Bogosian had her four kids, she’d bring them along. “EBAs was a second home to me,” says her daughter, Margaret, who started as a line chef when she was 15 and has worked there, off and on, for the past 13 years. When I spoke to Margaret, she’d just finished taking the last of the food from the restaurant. “Do you know how much ranch I had to throw away today?” she asked. I sighed.

Like her mother, Margaret had nothing bad to say about the students who, especially looking back, terrorized their restaurant at times. In almost four decades, I asked Maureen, she must have seen something that appalled her? Not really, she said. There was no particularly rowdy sorority formal? No underage, puking train wreck? I could practically hear her shrug: “They just needed food to sober up.”

The decision to close Hanover’s most beloved way of sobering up students wasn’t made easily. The financials were certainly a factor—rising rents, Dartmouth’s relatively new six-week winter break, competition from a new Domino’s in nearby Lebanon, New Hampshire—but so was the stress of running a restaurant for almost four decades. Still, Bogosian says she feels a little guilty.

Every day since the announcement she’s gotten a call from an ex-employee, neighbor, friend or former student, including Alex Katz ’98, whose photograph (showing him mid-leap, in ice skates, during the keg jump that used to take place during Winter Carnival) used to greet visitors to the restaurant. As alums have filtered through Hanover in the last few weeks, many have felt compelled to pay their respects to the now vacant first floor, and the closing was significant enough to earn not just a tweet from Jake Tapper ’91, but also a line in his Commencement address: “God bless the memory of EBAs.”

Going forward, Bogosian doesn’t know what she’ll do with the restaurant’s decor. She donated the nonperishable food and threw a BBQ with what remained. “Speaking of,” I ask her, “what’s the secret behind the ranch?”

I press her, and she pauses. “It’s real buttermilk,” she says.

Spenser Mestel graduated from the University of Iowa’s M.F.A. program last year. He lives in Brooklyn.