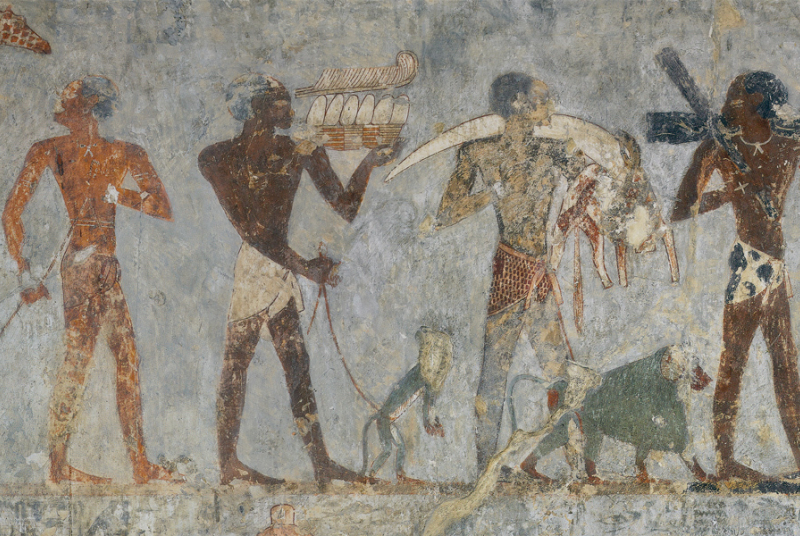 What do mummified baboons have to do with the origins of international commerce? Everything!
Sean Plottner | March-April 2021

Image: A wall painting from an Egyptian noble’s tomb depicts a variety of foreign tribute animals, including a baboon.

Ancient Egyptians revered baboons. But unlike other sacred creatures—hippos, cats, and crocodiles—the monkeys are not native to Egypt. So where did the many mummified baboons in royal tombs originate? Anthropology prof Nate Dominy is part of a team that has identified an area in the Horn of Africa—the fabled kingdom of Punt—as the source. More than 4,000 years ago, Egyptian envoys ventured far to trade for those baboons, and it was no small task for their unkeeled ships. The 845-mile route on the Red Sea required advanced nautical skills, resulting in “the first known example of peaceful, international maritime commerce—and the longest lasting one—in human history,” says Dominy. “Exotic goods from Punt were a driving force on the evolution of seafaring technology.” Eventually, 1,000 years of trade between Egypt and Punt expanded into the spice route—and the start of what we now call economic globalization. 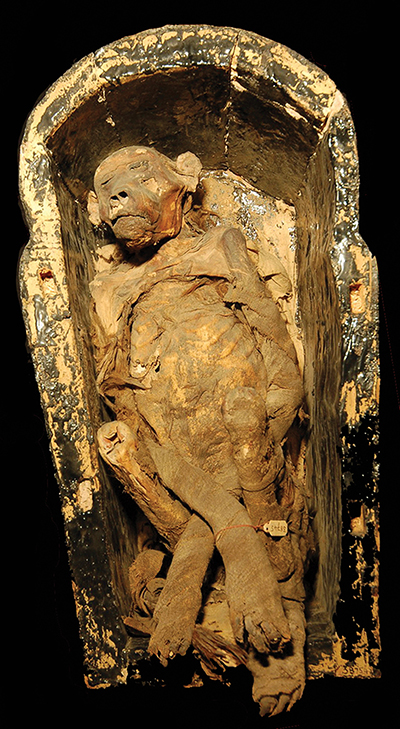 Dominy hopes to get a closer look at this mummified baboon, a specimen from the Valley of Kings that was most likely a royal pet. He has sought permission from Egyptian authorities for more than a decade to sample the tissues for isotope analysis.

Dominy used stable and radiogenic isotope analysis to determine the origins of a baboon mummy from Egypt that has been housed in the British Museum for decades. He sought grants and conducted the work in his Dartmouth lab, using hair from the back of the arm of the 3,300-year-old specimen. He also examined bone and tooth enamel to verify that the baboon originally came from the Horn of Africa.

His team’s work is the first to put Punt on the map—it existed in what is now Eritrea, Ethiopia, and Somalia—and demonstrates that ancient Egyptians traveled and traded across great distances.