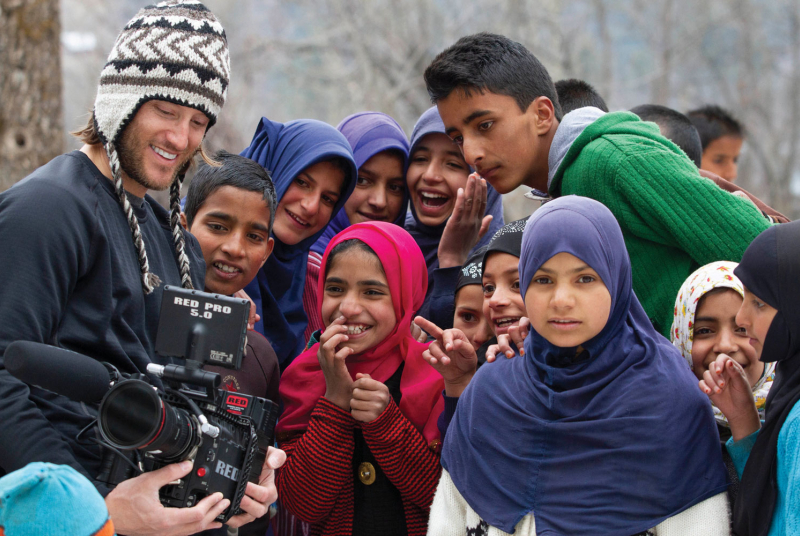 Berman launched his filmmaking career after an unfortunate accident ended his off-term ski dreams during his senior year. “My choices were to go back to Dartmouth late or figure out something to keep myself busy,” Berman says. He opted to pick up a $500 VHS camera. With his left leg immobilized, he skied on one leg at the competitions and events he had planned to attend anyway. The footage became 2000’s Balance, his first film.

Last year his production company, Level 1, released its 20th ski film. “I remember shooting the bonfire and making films about that and selling them to freshmen for 10 bucks apiece. I think that’s how I started to fund some of my initial camera equipment purchases,” Berman recollects. As a fifth-year student, Berman majored in film studies modified with photography while he created his next film, Second Generation. He also established a Level 1 website to sell his VHS tapes, and when a Japanese distributor contacted him, the young filmmaker went international.

After College, he allowed Level 1 to grow organically into a full-size production company. “I don’t think I ever had a real expectation of having a scalable business,” says Berman. “I was very cautious and very conservative. Without a business plan in place, I wasn’t swinging for the fences.” With the release of his latest, Romance, a new era has begun for Berman and Level 1. He plans to spend the next two years working on a documentary as other employees focus on short films, podcasts, and more. Reflecting on the time between Balance and Romance, Berman is shocked by the evolution in the ski industry. “This past winter I was shooting people doing triple corking—video game-status stuff that people couldn’t have dreamed of 20 years ago,” he says. “Level 1 was really around to document and get involved in that evolution.”