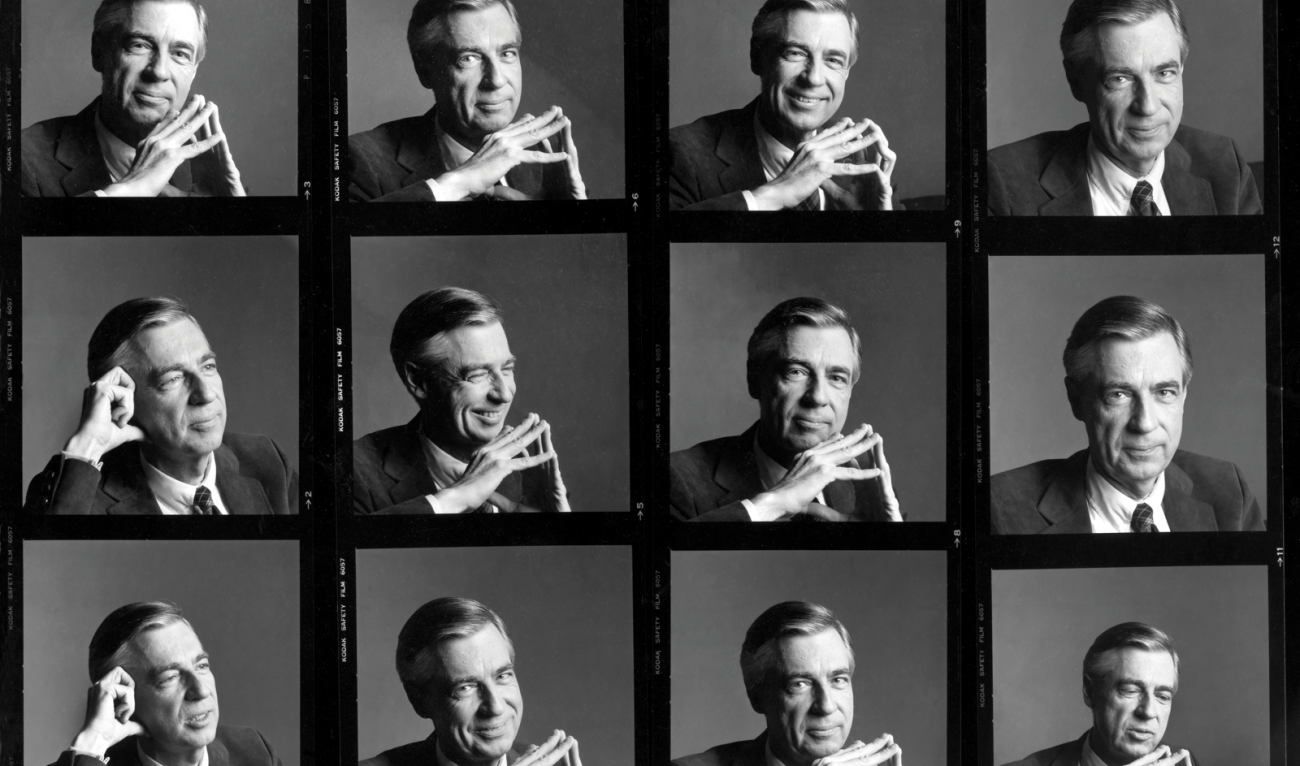 Mister Rogers ’50 made an indelible impression when he returned to campus after more than 50 years.
James Wright | November-December 2020

In 2001 I proposed to the honorary degree committee and the board of trustees that we invite Fred Rogers back to campus. With their enthusiastic approval, I extended an invitation for Rogers to receive an honorary doctorate at the 2002 Commencement ceremony. I also invited him to speak, perhaps at Baccalaureate, thinking he might have a particular interest in addressing students then. His office contacted us to say that Rogers would like to come back, but that he would prefer to speak at Commencement. We were delighted.

The remarkable children’s TV personality had dropped out of Dartmouth, and he later told us he was probably not ready for college at the time. He wanted to study a foreign language but realized his main interest was music. After withdrawing from school, he remained in nearby Norwich, Vermont, to study piano. Later he transferred to Rollins College, where he graduated. The rest, of course, is history, and Rogers, who died in 2003, has been lauded in recent years with a documentary, a feature film starring Tom Hanks, and even a 2018 U.S. postage stamp.

But when we announced the honorees in May 2002, I was surprised at some student and even parent criticism of the choice of Rogers as speaker. Pushback about the selection of Commencement speakers wasn’t uncommon, but this time some responses were quite nasty, including some mean columns and letters in The Dartmouth.

One student told me we were “infantilizing” the graduates by choosing a children’s show performer. I replied that Rogers had devoted a lifetime to protecting, encouraging, and inspiring children. If this young man thought this commitment was infantile, we obviously had failed in his education. A few national news outlets, noting the negative comments from some students, called them “spoiled brats!”

Most people were happy with the choice. And Rogers won them all over. Easily.

His return to Hanover proved to be a bit of a nostalgia tour. He and David Newell arrived the day before Commencement. Newell was Fred’s long-time communications director—and the actor who played Mr. McFeely in Mister Rogers’ Neighborhood. My wife, Susan, and I customarily invited the honorees over to the President’s House for a late afternoon tea. Rogers asked for a campus tour first. Cheryl Reynolds, secretary to the board of trustees, took Rogers and Newell around campus, including a look at Massachusetts Hall, where Rogers had lived as a freshman.

One incident still stands out. As they walked back to the Hanover Inn, a number of people greeted Rogers. It was a busy weekend, and he was polite to all. But when he noticed a child in a wheelchair near the inn, he went directly over, stooped down, and talked to the child for a few minutes. On camera and off, there was only one Mister Rogers, as Newell pointed out to Reynolds: genuine and consistent, warm and generous. Especially to children.

On camera and off, there was only one Mister Rogers.

Later Rogers visited my office and was visibly moved when he saw a painting hanging in the waiting area. It was an oil portrait of Lydia Hoffman-Behrendt, a concert pianist who had emigrated with her husband to the United States in the 1930s, painted by Peter Michael Gish ’49. She’d been a piano instructor in the music department and gave private lessons in her Norwich home. Rogers, after he left Dartmouth, had lived in a spare room in Hoffman-Behrendt’s home and studied piano with her. He took several photographs of the painting and pointed out how accurate it was—including her eyeglasses atop the piano, where she customarily placed them while she played.

Mister Rogers delivered a remarkable Commencement address. I have never heard one that was both so moving and so filled with warm guidance about life and love. Susan was sitting near Meryl Streep, a Dartmouth exchange student from Vassar more than 30 years earlier, whose son was graduating that morning. “Astonishing,” she said of Rogers’ presentation, which was met with a standing ovation.

Rogers would die from stomach cancer the following winter. The disease had yet to be diagnosed when he came back to Hanover, but he had been suffering from some pain and abdominal discomfort. He did not show that to any of us. He clearly enjoyed his campus reunion—it enabled him to touch base with an important part of his life. He warmly thanked everyone for the visit.

Rogers’ Commencement address was included on National Public Radio’s “Best Commencement Speeches, Ever.” I certainly never heard anyone complain again about Rogers as speaker. He never mentioned anything about the criticism, but, during his visit, when someone asked Rogers about the critics, he said, not surprisingly, that he would have loved to have had a chance to talk to them. He did. From the podium. He concluded his remarks with a timeless reminder that still resonates powerfully today.

When I say it’s you I like, I’m talking about that part of you that knows that life is far more than anything you can ever see, or hear, or touch. That deep part of you that allows you to stand for those things without which humankind cannot survive. Love that conquers hate. Peace that rises triumphant over war. And justice that proves more powerful than greed.

So, in all that you do in all of your life, I wish you the strength and the grace to make those choices which will allow you and your neighbor to become the best of whoever you are.