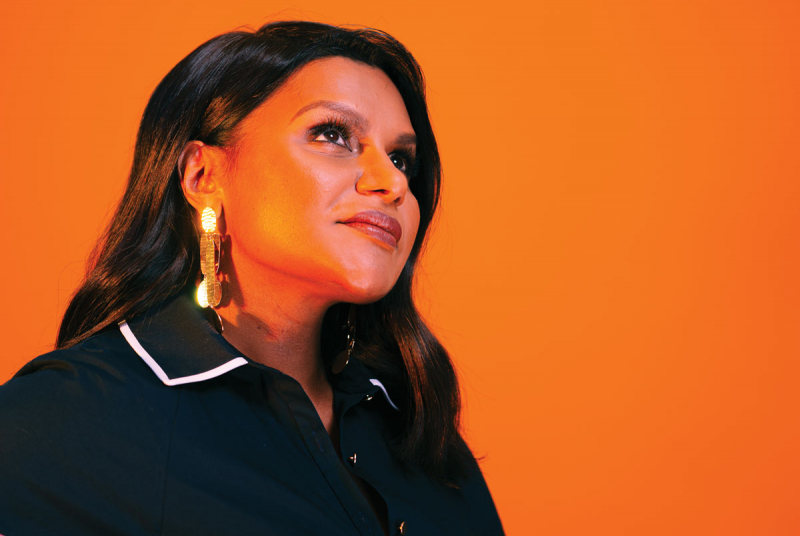 Mamadi Doumbouya
Voices in the Wilderness

Hitmaker Mindy Kaling ’01 strikes again with “Never Have I Ever.”
Sean Plottner | July-August 2020

Twenty years ago a surprisingly shy and quiet Mindy Chokalingam visited the DAM offices as a student. She was making waves with her crudely rendered and seriously funny Badly Drawn Girl cartoons in The Dartmouth, and her budding talent seemed worthy of a magazine story.

In a soft whisper she admitted she loved “breaking taboos and surprising people.” She aspired to write for a late-night comedy show. No mention, however, of her plans to eventually become a superpower in the world of TV and film comedy. She kept that to herself.

All these years later, with a shortened name and a lengthy list of credits (The Mindy Project, The Office, Late Night, to name just a few) and awards, the former playwriting major has another monster hit with Never Have I Ever on Netflix. The stereotype-busting, coming-of-age rom-com features nerdy girls, cruel nicknames, hot boys, doofy teachers—and a lot of heart to accompany the laughs.

“Me and my friends were nerds, and I’m Asian, so we gravitated toward other minority nerds, and that was something I’d never seen on TV before,” Kaling recently said of the 10-part series. Did someone say “breaking taboos and surprising people?”

You can find Kaling’s Badly Drawn Girl and her “Guide to Being a Top-Notch Dartmouth Alum!!” in the January/February 2001 issue of DAM in our online archive.