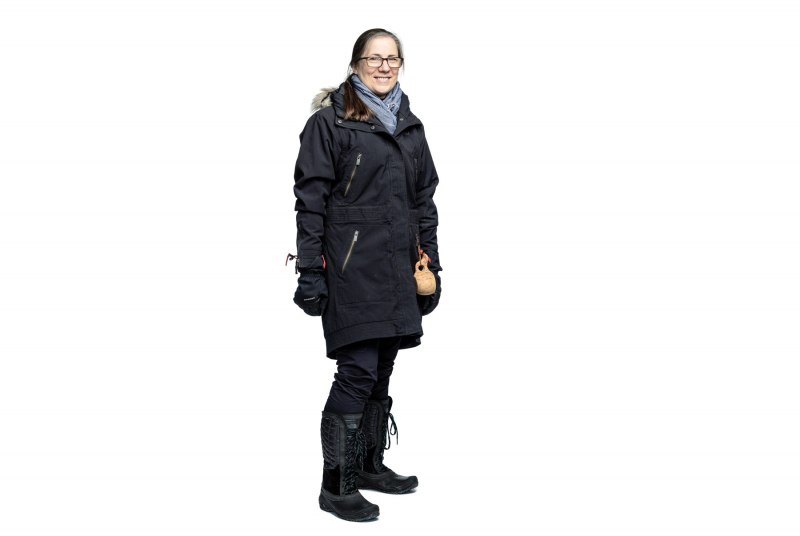 What are the high and low points in your 30 years as a polar scientist?
The highs are the beauty—finding things out, studying the earth, working with people in extreme environments. I find that really amazing. The lows are recognizing that the science isn’t enough and that we need to study governance, trust, and messaging to help mitigate climate change. Those are really hard.

Do any particular memories stick out?
As a Dartmouth graduate student I got stranded for three days in a whiteout on a remote penguin rookery island in Antarctica, and we had a great time. We were eating old food from an emergency shelter and waiting for the weather to clear. And when a group of U.S. senators came down to Antarctica, I heard someone talking about how U.S. science knowledge and collaborations with other countries in Antarctica and the Arctic are valuable to the future of science and peace. These were ideas I’d never heard before. It made me rethink my career.

A lot of your work centers around the intersection of politics and science. What’s your take on the balance between the two?
We’ve had the data for decades that the earth is warming, the ice is melting, and it’s changing communities in the Arctic. Now, how do we marry that knowledge with an understanding of political processes, of incentives for politicians and governments to help them act? That’s what I love to do. There is a tension, but it’s a tension we can learn to get through. That’s my hope.

What was it like growing up in Fairbanks, Alaska?
Winters were 50 below, it was dark when you waited for the bus, and it was dark when you went home. We knew you always had to carry chains and warm clothes in your car in case you got stuck. There were things that you just did in Alaska to be self-sufficient.

What’s your best tip on keeping warm?
Layers! You can always take layers off, but if you don’t have enough, you can’t put them on.

What is the greatest misconception people have about polar regions?
The Arctic is a zone of not only ice and snow and beauty, but also people—4 million Indigenous people up there. There’s a history, there’s culture, and there needs to be respect for that. There are people who’ve been living in these extreme, changing environments in remote areas for thousands of years who know the earth, who know the patterns of the earth and the animals that roam the earth, and we can learn from that.